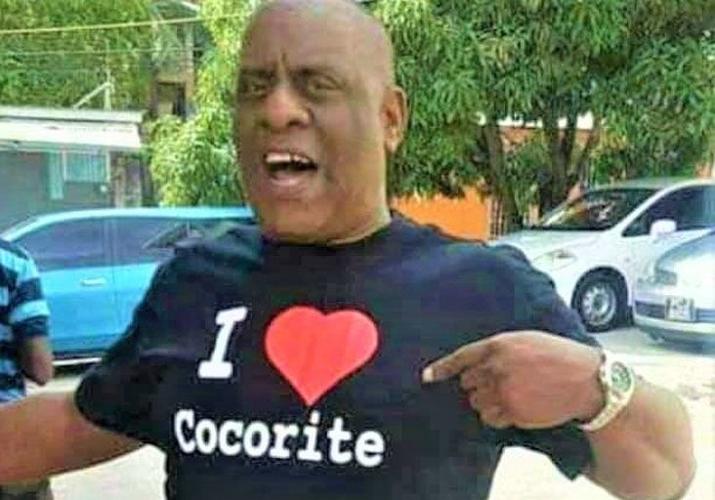 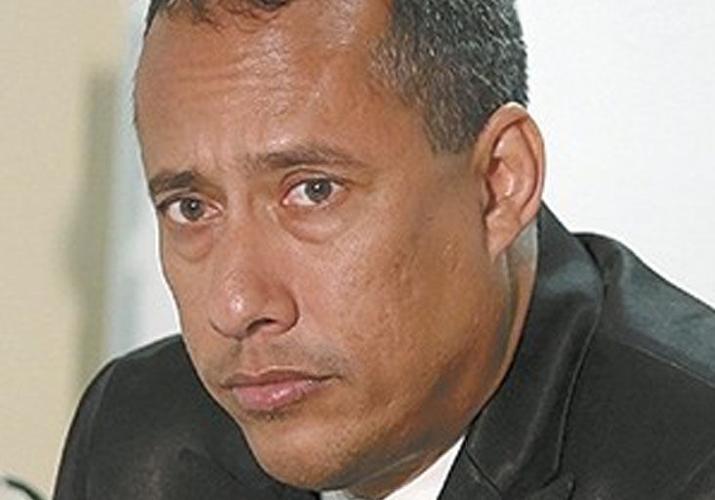 AN attorney for the police offi­cer who was probing allegations made by Cocorite resident Cecil Skeete against Police Commissioner Gary Griffith has written to Griffith asking why he was transferred from the Professional Standards Bureau (PSB).

And was the transfer aimed at interrupting an ongoing police investigation into Griffith?

Attorney Karina Singh, who is seeking the interest of Sgt Leon Modeste, said in a letter to Griffith that her client has served the Police Service for the past 26 years and has “conducted himself with the utmost diligence and efficiency. It is a matter of record that our client has received no complaint and/or adverse comment with respect to the performance of his duties within the PSB division.”

The Sunday Express learnt that Singh wrote to Griffith on January 8, asking for “the reason of the transfer of acting Sergeant Leon Modeste No. 12969 pursuant to Section 16 of the Judicial Review Act, Chp 7:08”.

According to Singh, “In or around the month of June 2019, our client, having been recommended for the position and having comple­ted the requisite entry assessments, was duly assigned to the Professional Standards Bureau (PSB).

“Further, in order to guard against contamination of its investi­gations and to insulate itself from improper influences of police offi­cers which may be the subject of investigations, the PSB has historically functioned with a measure of isolation from the mainstream Police Service.

“Further to this separation, the PSB has functioned within the bounds of a unique chain of command wherein, during the tenure of our client’s service, Assistant Commissioner of Police Mr (Totaram) Dookhie was at its helm.

“As a testament to the confidence which senior officers reposed in our client, he was assigned to investigate a complaint which emerged in the public domain rela­ting to allegations of misconduct against the Commissioner of Police.

“This investigation concerned an incident which transpired on the 20th June, 2019, and 23rd June, 2019, at the Four Roads Police Station, the details of which were later published in the Express newspaper and other forms of local media.”

Modeste was the officer who interviewed Skeete when he visited the PSB office on Henry Street, Port of Spain, on December 5.

According to the station diary day duty entry Modeste made on that day, “Around midday on the 27/11/19, he was summoned to the office of ag Snr Supt Samaroo at the Professional Standards Bureau Building, Port of Spain, where ag Snr Supt Samaroo handed to him a two page computer generated print with the heading Trinidad and Tobago Guardian and the date Wednesday, November 27, 2019 and gave him instructions to continue into allegations within the said print.

“A/Sgt Modeste reported having read the print and observed that same contained an allegation made by one Cecil Junior Skeete against Commissioner of Police Gary Griffith relative to an assault and threats.

The diary entry further noted Skeete was fearful for the life of his wife and that of his children. He had also indicated to Modeste he was forced to recant his claims that he was threatened with a gun to his head and physically assaulted by Griffith.

Skeete, 50, had been in commu­nication with officers of the PSB since July 2019, following an alleged incident between him and Griffith which was recorded in the Four Roads Police station diary.

Following his murder, Griffith said to the media that Skeete was his informant, and he (Skeete) had indicated to Griffith via WhatsApp that police officers and members of the media were involved in a plot to undermine him (Griffith).

Griffith had also said the officers involved in the reporting of claims made by Skeete in the station diary at the Four Roads were implicated by Skeete.

Griffith also said some of the officers transferred were the subject of investigations by the Police Complaints Authority.

Singh’s letter to Griffith continued, “Notwithstanding our client’s impeccable and unblemished record in the service and his diligent conduct of highly sensitive investigations as aforementioned, on the 12th December, 2019, our client was notified that he was being trans­ferred to the Central Division by the Deputy Commissioner of Police Administration, Mr Irwin Hackshaw.

“Our client was not provided with any rationale or reasons to justify his transfer out of the PSB, nor was he provided with an opportunity to be heard in relation to any reasons resulting in the said transfer. Our client, in compliance with this directive, reported to the Central Division on the 27th December, 2019.

“It is noteworthy that this transfer is to the detriment of our client as it has resulted in a significant reduction in salary...while we accept that the office of Commissioner of Police has a power to effect transfers for the benefit of the Police Service, we contend that no power can be exercised in an arbitrary manner, unlawfully in bad faith and/or for biased motives....”

Further, the attorney noted, there is overwhelming public interest in ensuring that transfers within the Police Service are executed in good faith for the benefit of the service and the national interest.

“While we make no allegations of bias and/or improper motive at this stage, it is a curious feature of the instant case that our client was nearing the conclusion of an investigation into allegations of misconduct made against the Com­missioner of Police, would be unceremoniously transferred without cause, rationale, basis and/or reason.

“The unfortunate inference which may be derived from such a decision is that his transfer was hastily concocted in order to scuttle an investigation which our client was pursuing, in accordance with his duties as an officer attached to the PSB.

“You would no doubt agree that in order to debunk such inferences, which have the potential to shatter public confidence in the Police Service and, in particular, the Office of the Commissioner of Police, there must exist a cogent basis for the decision to transfer our client.

“In the circumstances, we therefore call upon you to provide us with a statement of reasons and/or the rationale and/or basis for your decision to transfer our client pursuant to Section 16 of the Judicial Review Act, Chapter 7:08.”

The Sunday Express has learnt that in a five-page letter dated January 17, 2020, Griffith responded to Singh that he was within his right to transfer, and did not need to provide Modeste with a reason.

Griffith said, “Upon careful examination, it is prudent that I advise that the right to transfer a police officer from one department/division to another in situations where there is urgent need or demand is the prerogative of the Commissioner of Police, and the consent of the police officer in question is not required in the exercise of such prerogative, nor is it mandatory to provide any rationale or reasons in the instant that the Commissioner of Police is executing his function as the COP.

“Unequivocally, the decision to transfer Acting Sergeant Leon Modeste No. 12969 was not exercised in an arbitrary manner. I say however lawful, without malice and, most importantly, consideration was in fact given to any hardship that he might have suffered.

“Accordingly, I am of the firm legal opinion that the statements which you have alluded in your aforementioned missive regarding “investigations being conducted on the COP” goes without merit and is not to mention highly speculative, improper, irrational and lacks legal basis.

“Considering the foregoing, it will be remiss of me not to point out that the Commissioner of Police acted lawfully under his rights and powers enshrined in the Constitution of Trinidad and Tobago and under the Police Service Regulation Act, so as to ensure that the human, financial and material resources available to the Service are used in an efficient and effective manner, and in so doing, the most distinguished and notable person was designed for the position.”

Apart from Modeste, Snr Supt Samaroo of the PSB was initially transferred from the PSB, but this was rescinded.

Head of the PSB ACP (ag) Tota­ram Dookhie was transferred to the Southern Division.

However, this was also rescinded and Dookhie was told to proceed on immediate vacation leave which he had accumulated.

The Sunday Express learnt that Skeete’s investigative file was handed over to Deputy Commissioner of Police Harold Phillip on December 19 by DCP Jayson Forde.

Phillip then passed the file to PSB, and by extension Dookhie, for investigation.

The file was subsequently handed back to Phillip on instructions from a senior police officer.

Months before he was murdered, Cecil Skeete alleged Griffith choked and threatened him.

These allegations are recorded in two separate entries made by ag Sgt Hannibal and ag Cpl Mohammed of the Four Roads Police Station, on June 21 and 23, 2019, respectively, following which officers of the PSB commenced an investigation.

The PSB sought an interview with Skeete shortly after copies of a sworn affidavit appeared in the media.

In a four-page sworn affidavit signed on November 26 and stamped by Commissioner of Affidavits Cindy Sinanan, Skeete said although Griffith thumped a desk at the Four Roads Police Station in June, at no time did Griffith touch him.

This is in contrast to what he told the Sunday Express during an interview in Cocorite on November 12.

A 33-year-old man is expected to appear before a Princes Town Magistrate on Tuesday, charged…

TWO men are suspected to have drowned at beaches in Maracas and Tyrico on Sunday.

During the rainy season, many families have had to contend with flash flooding as well as wh…