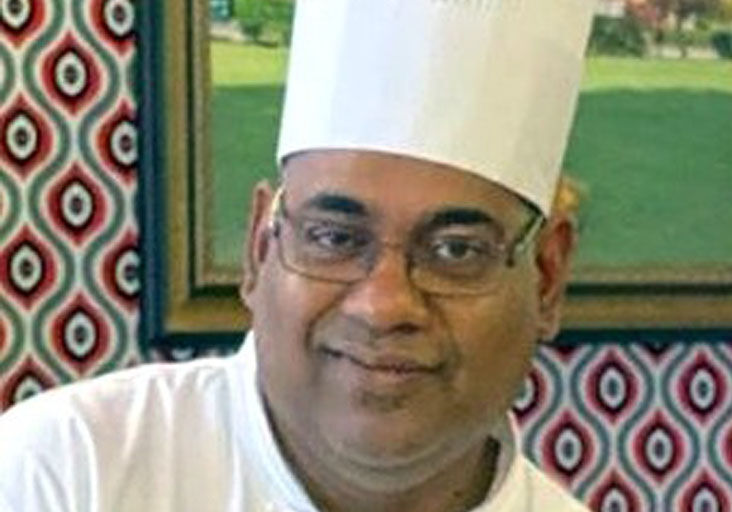 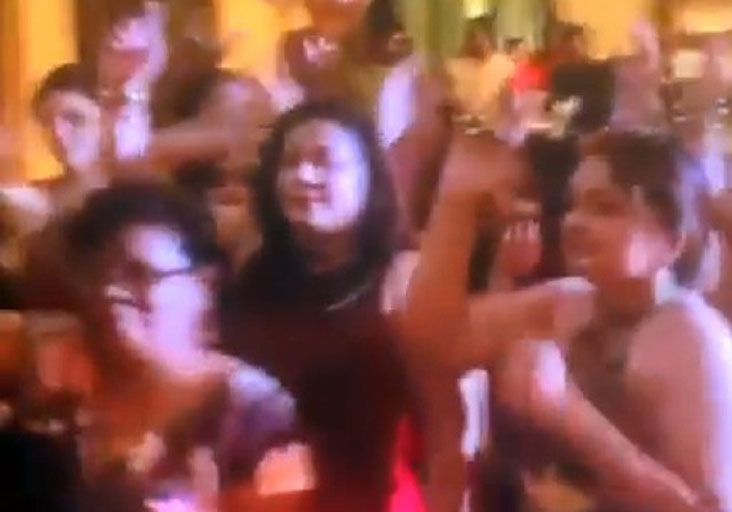 PARTYING UNMASKED: A still image from the video of the birthday party, which was posted on the TTPS Facebook page yesterday.

PARTYING UNMASKED: A still image from the video of the birthday party, which was posted on the TTPS Facebook page yesterday.

A police officer was among 71 people ticketed during a birthday party held in a building that also houses a restaurant in Chaguanas on Saturday night.

Police shut down the event after guests breached Public Health Ordinance Regulations to protect against the spread of Covid-19.

Officers from the Central Division Task Force issued fixed penalty notices to guests, DJs and servers for failure to wear masks in a public space.

A video clip posted on the Trinidad and Tobago Police Service (TTPS) Facebook page showed a chutney soca artiste performing for guests in a hall inside the building that accommodates Passage to Asia Restaurant and encouraging them to sing along with the music.

No one in the clip was wearing a face mask.

Police confirmed that the man performed for party guests but did not say if he or another artiste who also sang at the event was ticketed.

People were not wearing face masks at the event, police said.

The TTPS said patrons were charged by summons for convening over the limit outlined by Section 3 (1) of the Public Health (2019 Novel Coronavirus (2019-n-CoV) Regulations, which states that there must be no gathering of more than ten people.

The owner of the establishment may also face a third charge for allowing the event to take place on his premises, police said.

The officers will proceed by summons in the laying of the charges.

Contacted yesterday, Passage to Asia owner Dipchan Persad said patrons were not at the restaurant but at the Chandelier Banquet Hall in the building, which is also owned by Persad.

Persad told the Express, “I had rented my hall to a customer. This building has three banquet halls. One hall could hold 150 persons, one could hold 130 and the other could hold 500. The restaurant is on the ground and it was closed by 9.30 p.m. (Saturday) night. The persons at the party were at Chandelier Banquet Hall.”

Persad said everyone inside the hall got ticketed, including himself, for being in breach of the Public Health Ordinance Regulations and failure to wear a mask.

He said: “I was not even at the party but when I heard the police was on the premises, I went to see what was going on. All 71 persons got ticketed including all the servers, DJs and vendors on the premises.”

In a statement later yesterday, Passage to Asia said the restaurant was not affiliated with the Chandelier Banquet Hall. See box below

Persad said he has been struggling to keep his business afloat during the pandemic and has been renting out his space to small functions.

He reasoned that when he arrived at the hall, people were eating, dancing and drinking, and as such, did not have on masks.

“I have only been renting out the space at half-capacity, charging half the price. Even though some people had on mask in the crowd because someone give the police a bit of opposition they charge everybody.

“This has never happened to me before. I just wanted to ensure everyone complied with the police instructions. The function was not my function, it is just a business we are doing. I don’t think I breached any laws since I have been operating at half-capacity since the start of the pandemic,” Persad said.

The TTPS reminded the public to abide by the Public Health Regulations to stop the spread of Covid-19.

“The management and staff of Passage to Asia Restaurant of St Yves Street, Chaguanas, wishes to advise the public of the occurrence that took place on the night of Saturday 9th January 2021 at the Chandelier Hall which is housed on the said compound is (in) no way affiliated with the restaurant.

“The Chandelier Hall was leased out for that specific period to a Chaguanas businessman to host a private family gathering.

“The management also wishes to advise the general public in respect to the operations of the said restaurant all Covid-19 protocols and laws governing the Republic of Trinidad and Tobago are observed.

The management of Passage to Asia stated that they fully cooperated with the members of the Trinidad and Tobago Police Service on their arrival at the premises during the occurrence, as they recognise that the officers were executing their duties.”belo

Despite reports from Nor­way of a number of elderly people dying after receiving the Covid-19 vaccine, Chief Medical Officer Dr Roshan Parasram says the vaccine is still recommended for the elderly popula­tion as they are the ones most at risk.

Parasram, who was speaking du­ring yesterday’s Covid-19 virtual media briefing, said it is still too early to make any determination regarding the “Norway incident” as investigations are ongoing.

Father and son tied up, executed

JTUM members are calling for a meeting with Government on allegations that workers are being victimised by employers who are citing a fall in economic activity due to the Covid-19 pandemic.

A WARNING was issued to several well-known, “persons of interest,” on Friday night by Police…