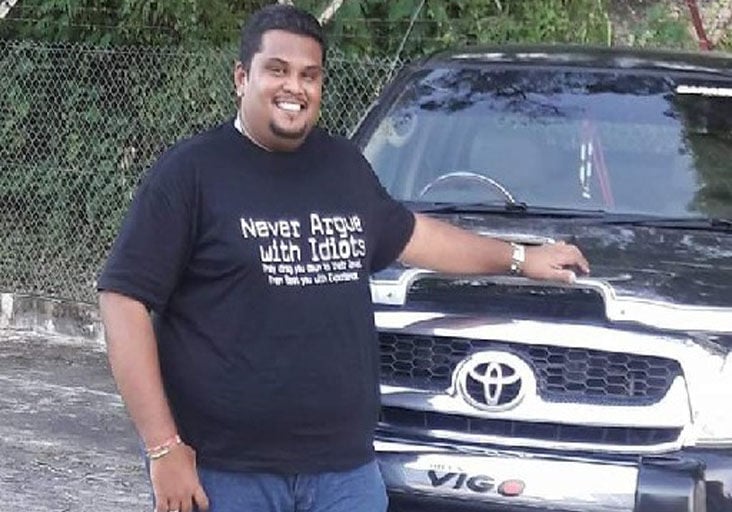 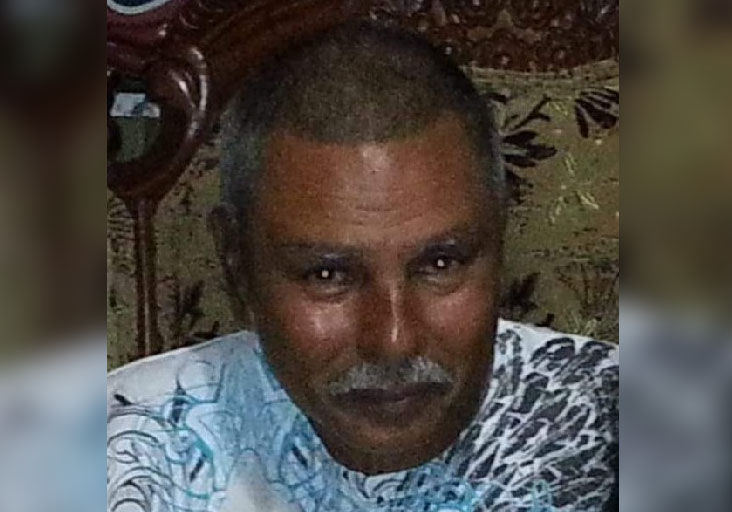 A father and son died from the Covid-19 virus hours apart between Wednesday afternoon and yesterday morning.

But Premnath Ramkalawan, 66, and his son Mahindra Nigel Ramkalawan, 36, never saw the inside of a hospital.

When they tested positive two weeks ago, the two were asymptomatic (showing no symptoms) and therefore ordered to quarantine at home in Murray Trace, San Francique.

And this is where their condition rapidly deteriorated. Relatives claim paramedics failed to respond in time to take them for Intensive Care Unit treatment.

The nearest one was at the Au­gustus Long Hospital in Pointe-a-Pierre, about 45 minutes away.

The son died first, shortly after noon on Wednesday.

His father died at 5 a.m. yesterday.

Relatives said Mahindra Nigel Ramkalawan was among several workers on an offshore platform to test positive for the virus in late April.

In an interview with the Express yesterday, his sister-in-law Verlenie Dass-Ramkalawan said following Mahindra’s Co­vid-positive results, the family tested and was placed in mandatory quarantine.

“Then my father-in-law and other family members tested positive and were placed in home isolation. Medical practitioners said they were not required to be taken to a facility for treatment,” she said.

On Tuesday, however, Mahindra began complaining of shortness of breath and paramedics were contacted.

“That was when the nightmare began. After a runaround for seve­ral hours to get an ambulance, one came to the house and checked on Nigel. The paramedics said he did not require treatment at a facility.

“But just to be safe, we went and bought an oxygen tank and mask for him during the night. All this time, his father was good, no problems,” she said.

The following day, Dass-Ramka­lawan said her brother-in-law’s condition worsened. “In the morning, he seemed okay. But as the afternoon progressed, he started having severe shortness of breath. I began calling for the ambulance again.

“This time, I had three phones in my hands calling at the same time. He was having difficulty saying a complete sentence and then to say a word. It was really bad,” she said.

Three hours later, she said, an ambulance arrived, but Mahindra was unable to speak.

Paramedics performed CPR (cardiopulmonary resuscitation) but there was no response.

“Then he opened his eyes for a sec and looked at his parents and his brother and whispered, ‘I gone’, and that was it. He was pronounced dead at the Siparia Health Facility on Wednesday afternoon,” she said.

Dass-Ramkalawan said her family was devastated and stayed up that night comforting each other.

Dass-Ramkalawan des­cribed her experience contacting the paramedics as “a horror story”.

“It was the same thing again. Three phones calling at the same time, no answer. My father-in-law was the same as his son. He couldn’t breathe. He couldn’t complete a sentence. When I finally got through to the number, I was told “there are other Covid patients and you have to wait”.

“And when the ambulance did not come in an hour, we placed him in our van and drove to Siparia Health Facility,” she said.

The elder Ramkalawan was pronounced dead around 5 a.m. yesterday. The ambulance arrived at the family’s house around 6 a.m.

Dass-Ramkalawan said her family had witnessed the country’s health system fail twice and called on the Government to “get their act together”.

She said it was disappointing that more than a year into the Covid-19 pandemic, the authorities are yet to have a proper system in place for victims.

“You are not in control. You come on the television and tell citizens that you have this virus under control, you don’t. Covid-19 is spiralling out of control and you are losing. Do not mislead the country. Don’t tell me after one year, a dying Covid patient still cannot get an ambulance,” she said.

And in tears, Dass-Ramkalawan pleaded with citizens to take precautions to protect themselves and their loved ones from Covid-19.

“Covid-19 is real. Stop saying ‘God is a Trini’ and wake up. Follow the protocols, wear your masks correctly. Stop complaining about lockdown and restrictions.

“You don’t know what it feels like to stand helplessly and watch the people who you love struggling to breathe and then lose the ability to breathe in front of your eyes. There is nothing you can do,” she said.

In a statement yesterday, the South-West Regional Health Authority (SWRHA) said it was aware of the specific incident “and commiserate with the relatives of the deceased patients”.

The authority also responded to a claim made on social media that the Ramkalawan family was advised by the health experts to use a Ventolin inhaler, which is used to prevent and treat wheezing and shortness of breath caused by breathing problems.

The SWRHA said, “After investigation, the authority confirms the absence of a conversation in which SWRHA health officials directed the use of a Ventolin inhaler. Additionally, the SWRHA will continue to liaise with our service providers (the paramedics) to obtain more information to better understand the circumstances.”