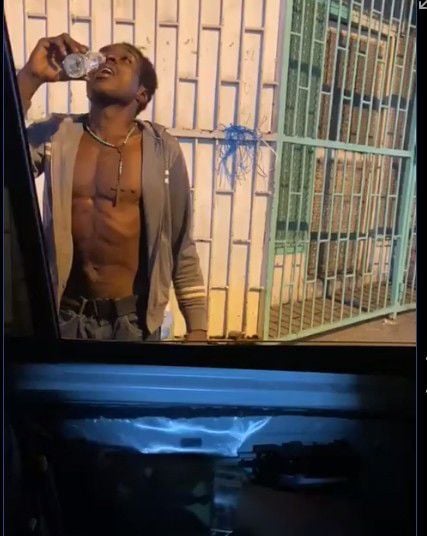 PROBED: A screen grab of the individual who was allegedly abused by police in Port of Spain on Sunday night. 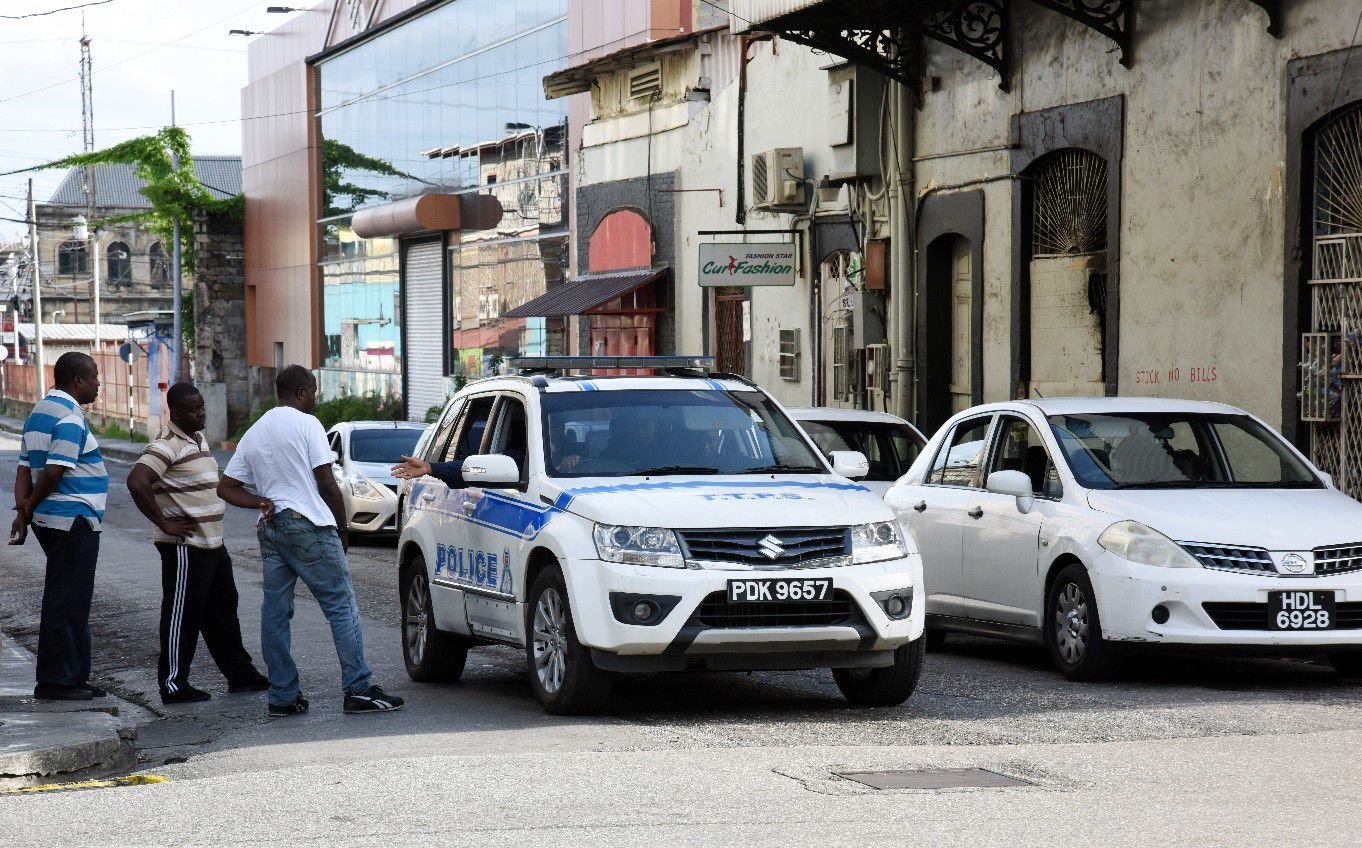 FRIENDLY REMINDER: Members of the Police Service have a conversation yesterday with some taxi-drivers plying the Port of Spain-to-San Juan route, reminding them about the 50-per cent capacity rule for taxis and other vehicles for hire.

PROBED: A screen grab of the individual who was allegedly abused by police in Port of Spain on Sunday night.

FRIENDLY REMINDER: Members of the Police Service have a conversation yesterday with some taxi-drivers plying the Port of Spain-to-San Juan route, reminding them about the 50-per cent capacity rule for taxis and other vehicles for hire.

THE hunt is on for law enforcement officers who, on the first day of the two-week shutdown of Trinidad and Tobago’s non-essential services, were caught on video terrorising citizens.

Investigations have begun into the incidents which went viral on social media showing what appeared to be officers of the T&T Police Service and the T&T Defence Force taunting and abusing two men on the streets of Port of Spain.

In one video, an officer is seen pointing a gun at a man and threatening to shoot him if he didn’t run like Usain Bolt.

The apparent abuse unfolded on the streets of Port of Spain on Sunday night while the majority of the population were at their homes taking cover and protecting themselves from the deadly COVID-19 virus, as urged by the Government.

The officers were patrolling the deserted roads when they pulled up, taunted the men and forced them to drink alcohol, run and do push-ups while they laughed.

The search is now on for these officers who are likely to lose their jobs, as the top cop has indicated these men should not be in uniform.

Griffith told the Express anyone who has information on these officers, the time of abuse and a vehicle number can send it to 482-4279 (GARY).

“I want to deal with these officers as quickly as possible. We are trying to confirm the time and date. We have the location. As mentioned, which seem to upset some, the TTPS must not and would not abuse their authority during this period, which includes excessive use of force.

“Hence the reason why I stated the truth, which was that the police cannot arrest anyone if they venture outdoors. But we would persuade all to use the law of common sense and remain indoors unless absolutely necessary to do otherwise.

“This video is abuse of power and I intend to deal with it. We do not want such individuals wearing a uniform,” stated Griffith.

Young also issued a release stating he has seen the videos and has communicated with Griffith and the Chief of Defence Staff. He said it was agreed immediate investigations would be carried out.

“The behaviour depicted in the videos is condemned in the strongest manner. The TTPS and TTDF will act in a responsible manner and carry out their important roles and duties in this time of stay at home,” stated Young.

Meanwhile, the PCA stated it received video footage of apparent abuse of powers and reprehensible behaviour by persons who appear to be members of the T&T Police Service during this period when the Government has instituted stay-at-home measures.

“At this time, the PCA has ­requested a report from the Commissioner of Police pursuant to Section 21 (1) (c) of the PCA Act Chapter 15:05 and intends to monitor and audit the current investigations of the TTPS. The PCA strongly advises all police officers that this type of conduct is to be deprecated,” stated the release.

The videos were filmed by someone was seated in the vehicle used by the officers.

In one video, the giggling officers are heard telling one man, who appears to be homeless, to drink from the bottle in “one shot, go on, or else you getting a case eh”.

In another video, a second man is seen being forced to drink the entire contents of a bottle which appeared to be White Oak rum, in two gulps.

The man is ordered to do five push-ups and he is seen on the ground complying with the orders, even doing more, as the officers snickered and laughed.

The man is then asked to drink more alcohol. He appears to not be able to do so, and one person is heard saying they will find someone else to do it.

The officer seated in the passenger seat of the vehicle then orders the man to “run with the van”, and when he does not immediately ­begin, he is told by an officer “come on, Usain, you have two seconds. I feel right I go shoot you”.

The officer then takes the safety off his rifle and points it through the rear window of the vehicle, in the ­direction of the man, who is told, “Let’s go, come on, and don’t let the van leave you... and I want you to say left, right, left.”

The man is then seen sprinting along the sidewalk, chased by the officers in their vehicle, and told to do push-ups. When the laughing ­officers are satisfied, the man is told to go on his way, since he “get a bligh”.

Another pedestrian is handed a bottle and told to “swallow, drink all in one shot, or else you going down the road”. The man is also asked to “raise your head”, so that he can drink the contents of the ­bottle ­easier.

The two police officers, and two soldiers who were charged with common assault and misbehaviour in public office have each been granted bail a…

: Newly-appointed Minister of National Security Fitzgerald Hinds was welcomed today to the M…

The vaccine will protect against Brazilian variant

The recent spike in COVID-19 cases is not a result of illegal immigration.

The following measures have been announced as from midnight tonight, to combat the growing s…