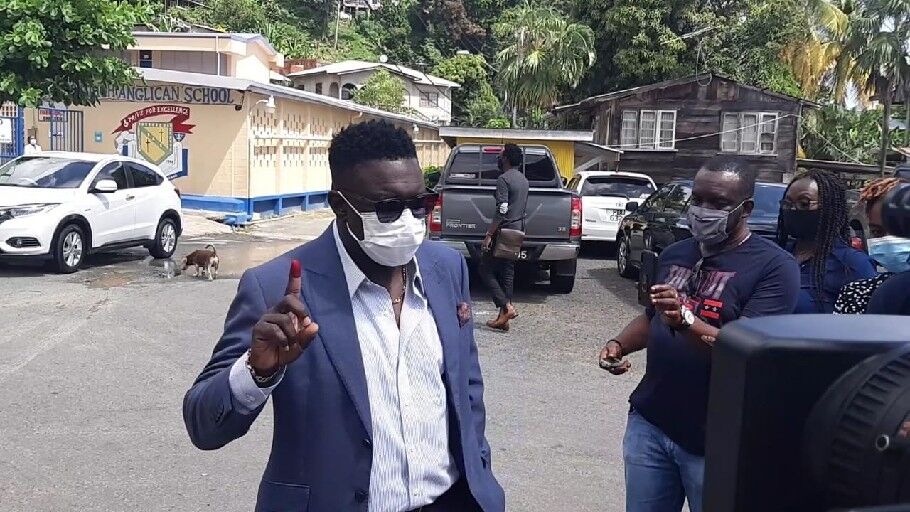 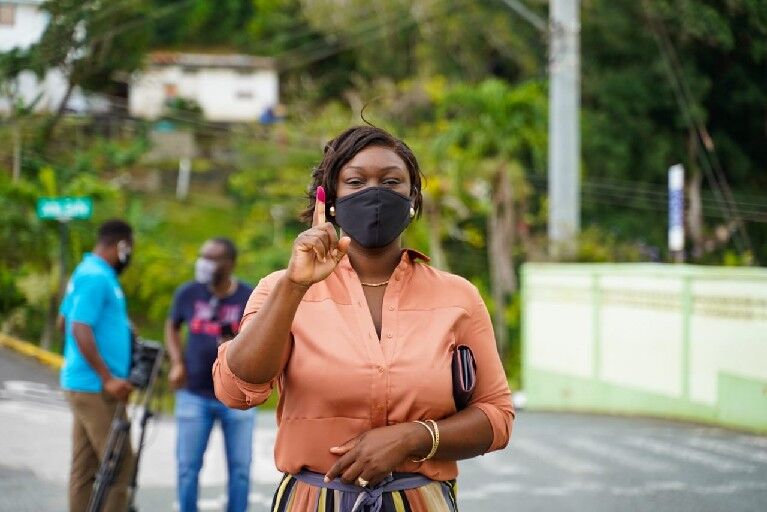 TOUGH BATTLE: Political leader of the Tobago Council of the People’s National Movement and winner for Lambeau/Signal Hill Tracy Davidson-Celestine displays her stained finger after casting her vote for the 2021 THA election at the Delaford RC Primary School yesterday. 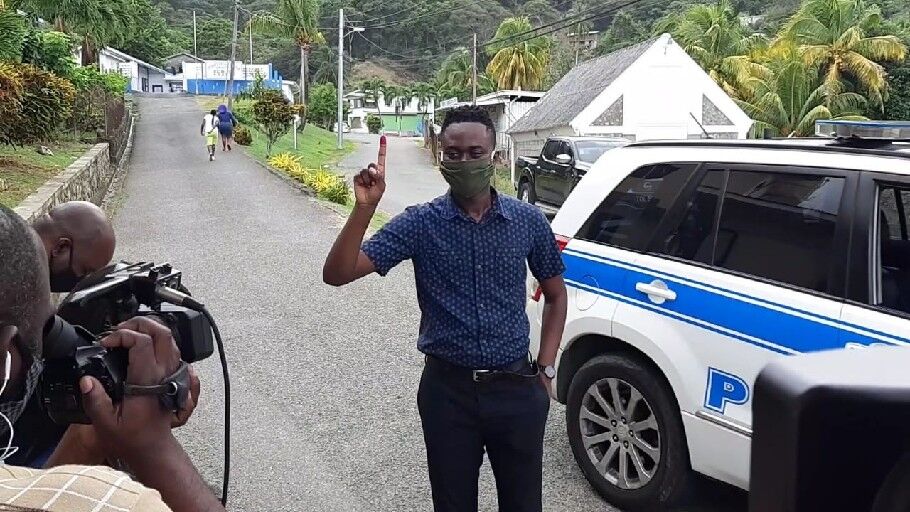 TOUGH BATTLE: Political leader of the Tobago Council of the People’s National Movement and winner for Lambeau/Signal Hill Tracy Davidson-Celestine displays her stained finger after casting her vote for the 2021 THA election at the Delaford RC Primary School yesterday.

There’s a deadlock in Tobago.

A hung Tobago House of Assembly (THA) resulted last night as the People’s National Movement (PNM) lost ground in Tobago and in Trinidad.

Twenty years after the Parliament of Trinidad and Tobago was paralysed by the 18-18 stalemate, the 2021 THA election has replicated that outcome with a 6-6 tie between the PNM and the Progressive Democratic Patriots (PDP) led by Watson Duke.

The PNM went into the election with 10 of the 12 seats and emerged from it with four fewer. The PDP raised its stakes from two to six seats.

According to the THA Act it is only the Assemblymen (the elected officers) who elect the Speaker of the THA. And the Act states further that it is only after the election of the Speaker that the Chief Secretary is elected. This therefore poses a quandary for the selection of a THA administration.

Asked in Tobago last night where she spoke to the media whether the party would return to the polls, PNM Tobago political leader Tracy Celestine-Davidson replied: “That might be a possibility.”

Acknowledging that there was a “constitutional challenge” facing the THA, Celestine-Davidson said there were a number of opinions on how to proceed and “we have to be advised on the best way forward”.

With respect to the THA election, while the PNM for many years after the establishment of THA in 1980 has had a dismal showing of one seat out of 12, this 6-6 result is the worst showing since 2001 when the party began to reverse its fortunes in Tobago. Since 2001, the party has had an unbroken record of victory which culminated in 2013 with a total 12/0 sweep.

Celestine-Davidson herself won by a relatively slim majority in one of the safest seats for the PNM - Lambeau/Signal Hill. She received 1257 against 1042.

When the National Parliament was faced with the 18/18 impasse, no Speaker was elected even though Parliament met on three occasion in failed attempts to resolve the crisis. The Parliament did not function the year that that administration existed. However a government was installed after then president Arthur N Robinson chose between the two political leaders (Basdeo Panday and Patrick Manning) . He announced his choice of Patrick Manning as Prime Minister on December 24, 2001, with the agreement that he would call an election within a year, which he did and won.

PNM Arimians said last night it was a “bitter pill to swallow” because this was regarded as a safe seat.

The victory is seen as giving further political life to Opposition Leader Kamla Persad-Bissessar . Speaking at the party election headquarters Persad-Bissessar said : “We go fortified and strengthened into the Parliament on Wednesday with our no confidence motion in the Minister of National Security”. She said the United National Congress (UNC) won more votes than the PNM, and added that while the PNM wins with 300 votes, the UNC wins with thousands of votes. The UNC won three seats in Trinidad, while the PNM won two.