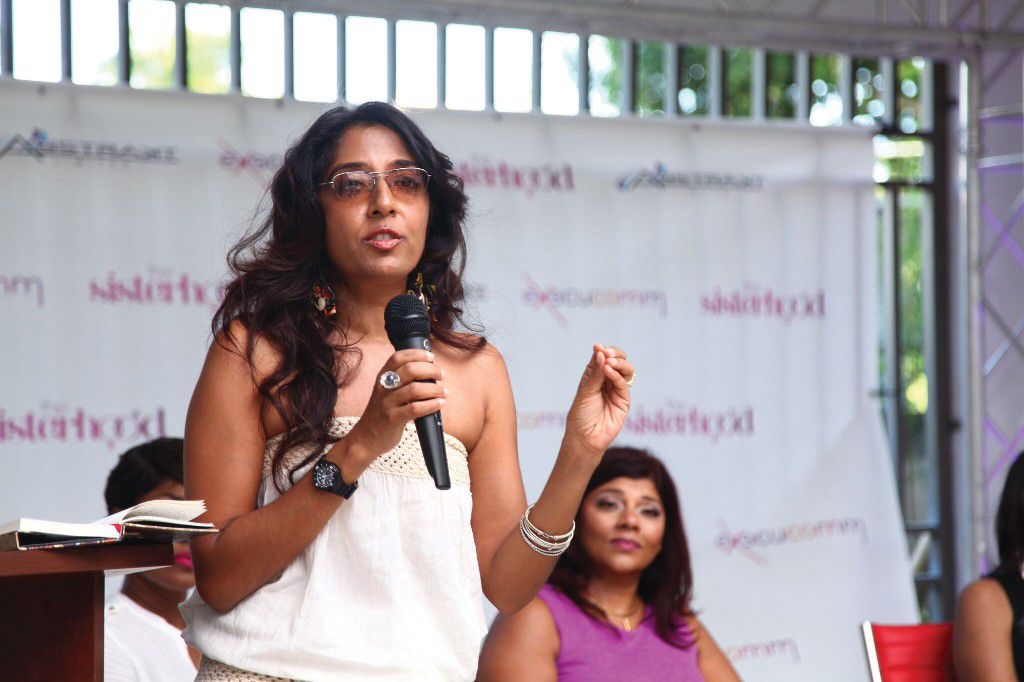 Should the onus be on women in Trinidad and Tobago to choose their partner wisely to avoid being murdered or should it be on men to change their mindset?

This question became a topic of discussion yesterday as the world observed International Day for the Elimination of Violence Against Women.

President of the International Resource Women’s Network (IRWN), Adriana Sandrine Rattan, stated that close to 45 women lost their lives this year to date through domestic violence and they need to exercise great vigilance with respect to their relationship decisions.

“Whilst we salute the many organisations that devote much of their time to working with both victims and perpetrators, women must step up their game and do that much needed homework in investigating the profile of the partner who they choose to become involved with,” she stated.

Rattan added that women need to start identifying and treating with the “red flags before becoming wrapped up in the nice things that are usually offered at the start of a relationship”.

She stated that more women become entrapped in the intimacy which causes them to overlook the dangerous signs that usually lead to multiple types of domestic violence, ranging from emotional to physical that in some instances result in death.

“During the early stages of a relationship, it is highly recommended that women understand the warning signs that denote obsession and the unwanted need to change your personality to fit into a relationship box, and either demand behavioural adjustments, and/or exit the relationship if necessary,” she stated.

“For those women in mature relationships including marriages, attempt to have meaningful conversations with your partner/spouse on the value of the union that would help inform its continuity. Couples are also encouraged to reach out to the IRWN for advice and assistance,” she added.

Head of the department UWI Institute for Gender and Development Studies, Dr Gabrielle Hosein, however objected to blame being cast on women.

“I strongly condemn any blaming of women for male violence, for this simply and dangerously removes full responsibility from perpetrators. It is the equivalent of blaming women for their own murder. I strongly condemn any demand that women ‘step up their game’ as if girls and women’s attempts to protect themselves from violence by exercising more ‘vigilance and wisdom’ will end perpetration and the root causes of a nationwide crisis,” she said.

Male violence against women and girls, she said, is not simply a relationship issue and treating it this way means ignoring the continuum of violence from women’s homes to their schools, their workplaces to the streets.

She said male violence against girls and women occurs when they are children, when they are adolescents, and when women are pregnant — by partners, non-partners, colleagues, religious leaders, taxi-drivers and complete strangers.

“Full responsibility must be put on men’s choice to perpetrate such violence – it is done knowingly against girls and women because they are female. The solution is for such perpetration to stop,” said Hosein.

“Male violence occurs for various reasons – a societal belief in men’s authority over women, men’s greater economic power, feelings of emasculation, witnessing or experiencing violence as a child, poor trauma care, inadequate social services and sheer impunity. These, along with a sense that women can be treated how men decide, lead to men’s turn to threats, control, rape, abuse and homicide,” she added.

Hosein said activism is changing masculinities associated with violence and it is empowering women slowly, but social norms that reproduce male violence as well as institutional and judicial failures, remain resilient.

“The Government of Trinidad and Tobago has never approved or adequately resourced a national violence prevention strategy. Frankly, it has never expressed clear political will to transform patriarchy and commit to advancing gender equality and justice,” she said.

Meanwhile, questioned about the IRWN release, activist Diana Mahabir-Wyatt noted this was the advice of Prime Minister Dr Keith Rowley as well.

We live in a violent society and what we need is a cultural change, we need to start from childhood, we need education both in terms of women being taught that they have to be self sufficient,” she said.

Mahabir, founder of the Coalition Against Domestic Violence, yesterday described young women as an “endangered species”.

“Starting with that young woman who was killed at IAM store and others, even little girls, 11, 12 years old killed and stuffed into something where they cannot be seen...it is not something that is unique to Trinidad, it is happening all over the world,” she said, adding that the United Nations has done studies on this and is extremely concerned with this phenomenon.

She said unless it is murder, most cases of violence against women are not reported.

“One of the reasons why we don’t report it is because the judicial system is so broken that by the time your case gets heard it is recorded and it takes up to a year for the police to catch and charge and then it takes another ten years before the case is heard. It means that the victim has to stick around to get evidence, if they don’t do that then the perpetrator will go free. Who amongst us wants to stick around for ten years to have to repeat over what happened when that man did that to me?” she said.

She said there is need for judicial overhaul in treating with such cases.

“I think it should be given the same prominence as murder, especially rape,” she said.

Mahabir-Wyatt said women and children are more prone to be victims of violence because many women are unable to look after themselves and their children economically so they do not leave the relationship.