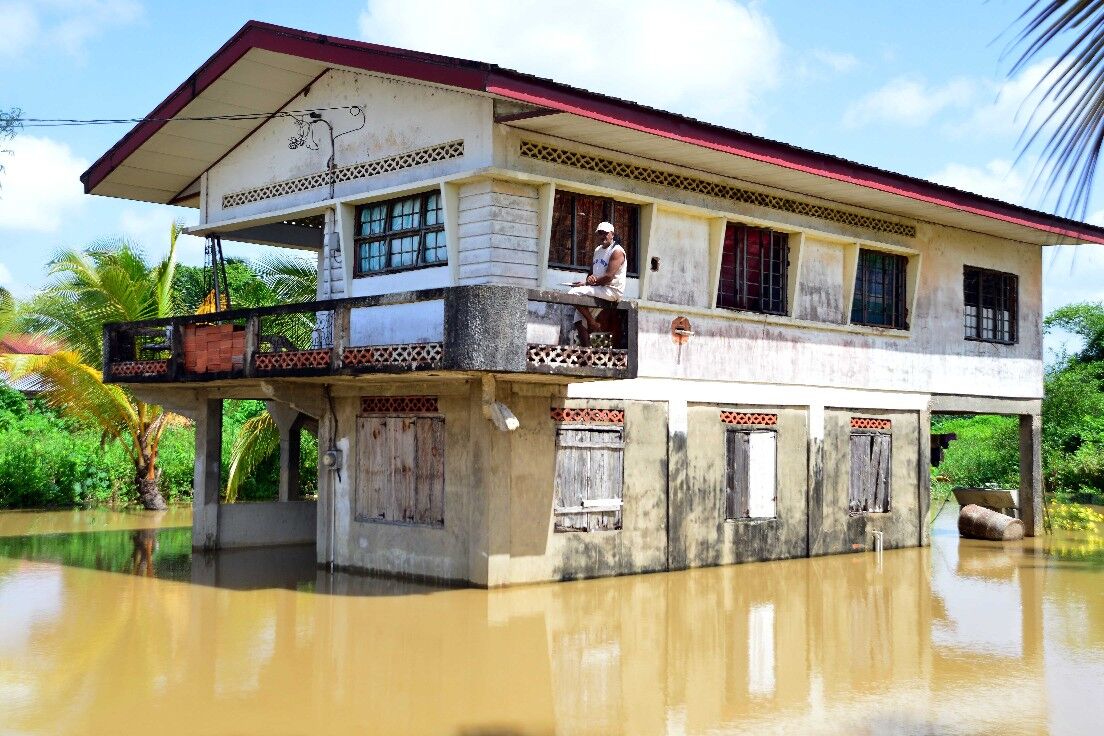 STUCK UP HIGH: The owner of this house at El Carmen Trace, St Helena, was marooned after flood waters yesterday. —Photos: ISHMAEL SALANDY 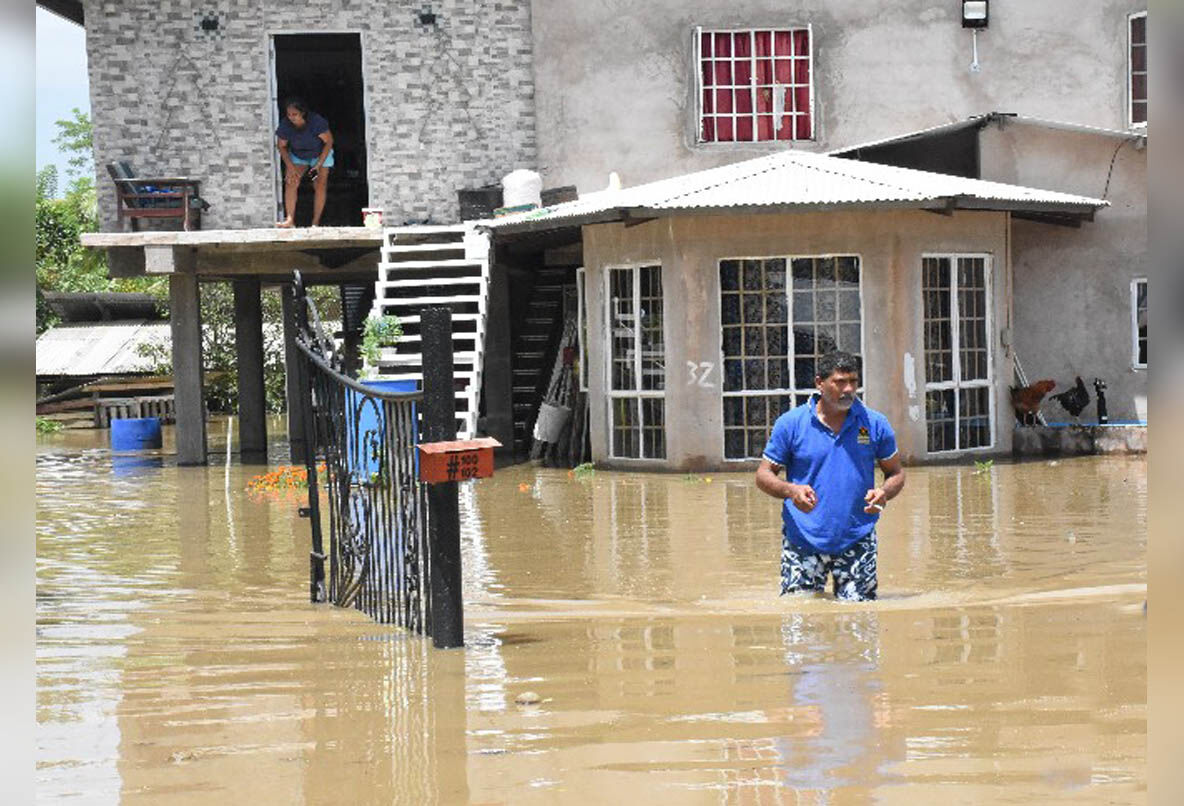 In deep: The owner of this house at El Carmen Trace, St Helena, was marooned after flood waters yesterday. —Photo: ISHMAEL SALANDY

STUCK UP HIGH: The owner of this house at El Carmen Trace, St Helena, was marooned after flood waters yesterday. —Photos: ISHMAEL SALANDY

In deep: The owner of this house at El Carmen Trace, St Helena, was marooned after flood waters yesterday. —Photo: ISHMAEL SALANDY

Thursday’s torrential rainfall was bad, but yesterday’s was worse as the swollen rivers in South and Central Trinidad over-topped and flooded villages in the Caroni plains and the South Oropouche lagoon.

The Met office issued a continued yellow level riverine flooding alert yesterday morning that was expected to last until 4 p.m. By 10 a.m. the Ministry of Rural Development and Local Government had noted floods in areas including El Carmen, Kelly Village, Las Lomas and St Helena.

The ministry said sandbags were being distributed and councillors from the respective districts were working to bring relief where it was needed and a full assessment team would be sent out to do damage assessments and needs analysis as soon as it was safe to do so.

Parts of Debe South, including Suchit and Gopee traces, also remained under flood waters, according to councillors Nicholas Kanhai and Krishna Persadsingh.

Both councillors spoke on behalf of the vacant electoral district formerly held by the deceased Purushottam Singh.

They said the Oropouche River had overflowed its banks by Thursday night, causing distress in South Debe. In addition, Persadsingh said the PowerGen mass vaccination site in Penal was forced to close due to the flood water level.

“Suchit Trace is severely affected in Debe South, I am coordinating that area with Nicholas Kanhai. That area is severely affected where the Oropouche River would have overflown its banks. It has affected a number of residents. This morning we would have reached out to our disaster management unit and they provided some sandbags to curb the flooding. We looked at the tides this morning and we saw that they were rising so we knew it wouldn’t subside quickly. As a precautionary measure sandbags were delivered to prevent the flooding in those areas. Someone sent us a note that the mass vaccination site at the PowerGen facility had to be shut down because of the floods,” said Persadsingh.

In other areas, flooding began to subside by midday yesterday.

According to Moruga Member of Parliament Michelle Benjamin, the severe flooding that submerged much of the constituency on Thursday had already subsided with some parts of Barrackpore still drenched by floods. Benjamin said she was visiting the homes of seven residents who reached out to her office for assistance.

“Most of it subsided, and about one or two roads are still flooded in Barrackpore. That is where the water usually rises after the fact but we are monitoring the situation. We have not had any reports of severe flooding thus far,” she said.

Similarly in Princes Town, chairman of the Princes Town Regional Corporation Gowrie Roopnarine said much of the affected areas of the constituency had returned to normal, including areas such as Williamsville.

However, he said parts of Barrackpore that fell under the corporation were still affected.

Chairman of the Couva/Tabaquite/Talparo Regional Corporation Henry Awong said in this district there were reports of street flooding in areas such as Gasparillo and Las Lomas. However, he said there were no reports of floods severely affecting homes or causing damage.

Awong said, “We had what you call street flooding and we had no reports of any homes being affected. Gopaul Avenue in Gasparillo had some floods, Harricou in Las Lomas, St John’s Road in Carapichaima were affected. However, we had no severe flooding to the extent that it affected people’s homes.”

Fully vaccinated, Manning's condition could have been worse

Workers take their union to court