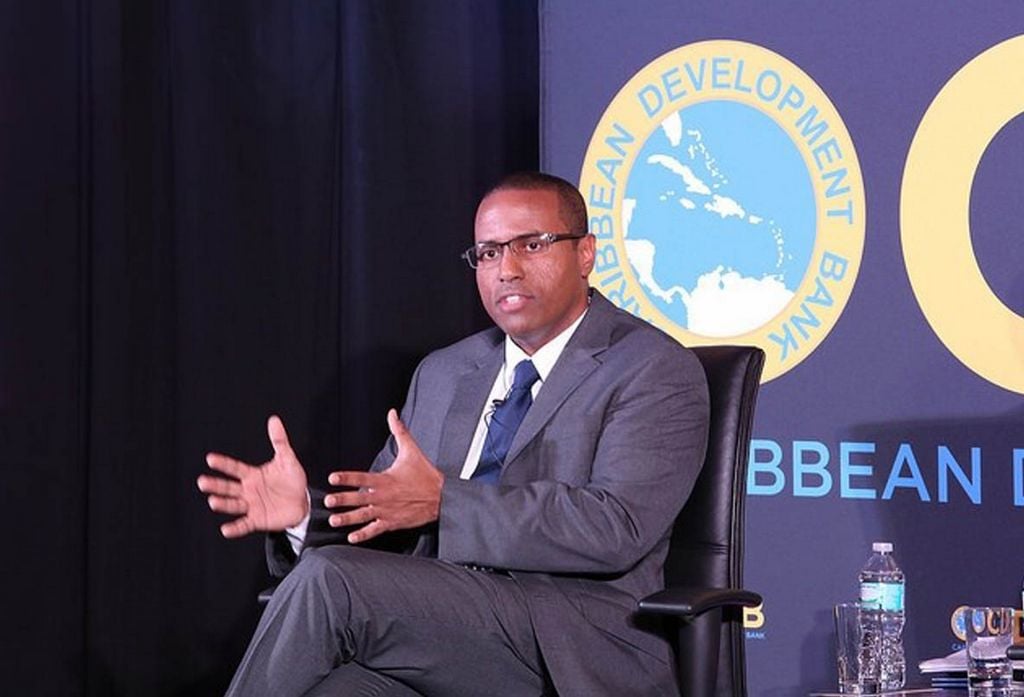 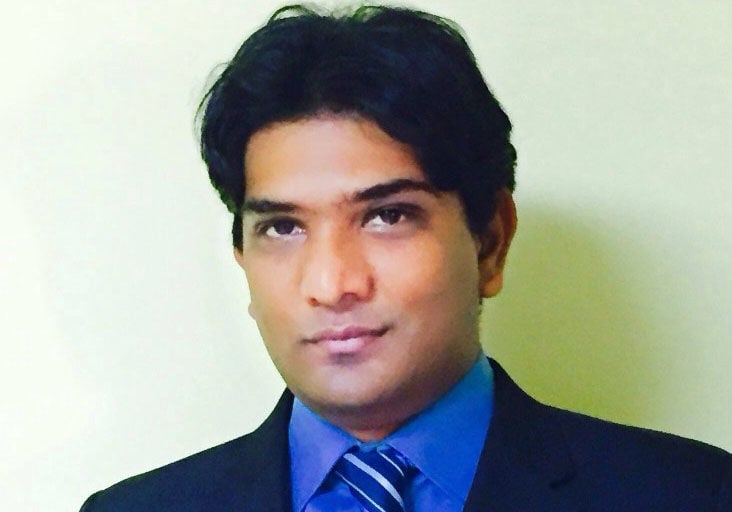 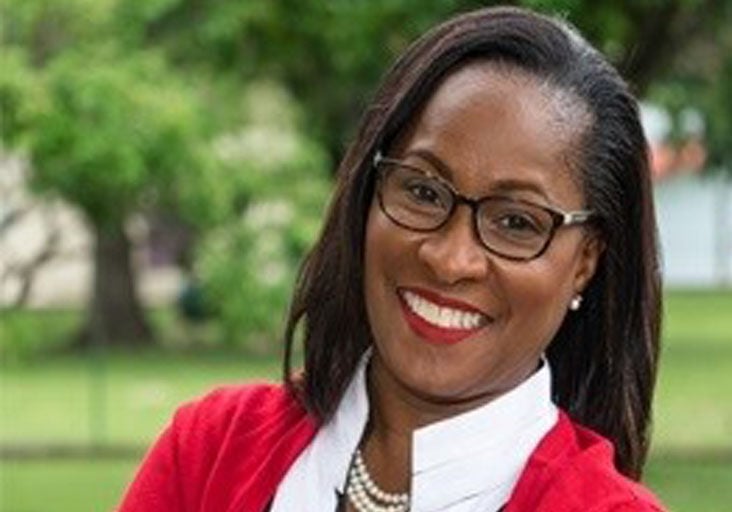 THE life and lifestyle of every citizen of Trinidad and Tobago is subsidised by the Government in some form—from the fuel subsidy which affects taxi fares, to electricity rates, free education, free health care, to airplane tickets to Tobago.

Subsidies and transfers have accounted for more than 50 per cent of the country’s annual budget between 2010 and 2020.

In ten of the 11 years between the 2010 and 2020 fiscal periods, the three administrations of that period (PNM, the former People’s Partnership, and PNM) spent or allocated to spend $301.94 billion on transfers and subsidies.

The total expenditure in that period was $578.63 billion, which means that over 52 cents of every dollar spent by the Government between the 2010 and 2020 fiscal years was allocated to transfers and subsidies.

According to the 2019 Review of the Economy, current transfers were expected to account for $20.63 billion or 75.6 per cent of total transfers and subsidies allocation of $27.37 billion in 2019.

• Transfers to households were estimated at $9.51 billion in the 2019 Review of the Economy. It represents the single largest share of expenditure under transfers and subsidies, accounting for about 35 per cent of the total allocation.

Among the items included in transfers to household are fuel subsidies, senior citizens grant and all of the other distributions made by the Government to citizens.

• Transfers to statutory boards and similar bodies were estimated at $6.36 billion in 2019. That includes funding to the Tobago House of Assembly, to public utilities and to local government bodies.

• Transfers to State enterprises accounted for an estimated at $3.47 billion in 2019. That included the cost of the closure of Petrotrin.

• Interestingly, a substantial percentage of T&T’s capital expenditure is accounted for as a transfer. Money is transferred into and out of the Infrastructure Development Fund (IDF) to fund capital projects. It’s estimated that $2.07 billion or 57.6 per cent per cent of the $3.59 billion spent on capital projects in 2019 came from the IDF. The balance of the capital expenditure funds, not accounted for under transfers and subsidies, came directly from the Consolidated Fund.

Economist Justin Ram said while transfers and subsidies need urgent reform, “this year and next are not the best years to do significant ­reform, simply because the economy needs support”.

UWI economist Vaalmikki Arjoon said while he expects the upcoming budget will likely see cuts in several areas of State expenditure, “we must be careful that these cuts do not see people going jobless”.

He observed that items under recurrent expenditure are the more difficult ones to cut.

“One of its key items, transfers and subsidies, has been quite high for many years, accounting for as much as 55 per cent of the budgeted expenditure in 2014, and more recently 53 per cent in 2019. While 51.5 per cent was budgeted for fiscal 2020, this would have increased, given that the State allotted additional relief to those made vulnerable from the Covid-19 fallout...

“With thousands more losing their jobs because of SME closures across the country, the State, especially the Ministry of Social Development and the Social Sector Investment Programme in the 2021 budget, will be placed under immense pressure to provide extra relief, grants and job creation programmes for those left vulnerable from becoming unemployed.

“The reality is that poverty and income inequality levels have started to soar even further because of these business closures. As such, it would be difficult for the State to cut some of these transfers and subsidies, as they are needed to help to protect the economically vulnerable. The State must be extremely cautious that any cuts made, whether to transfers and subsidies or other aspects of recurrent expenditure, do not displace any workers and create more vulnerability—this could result in social fallout.

“We may very well find some social programmes and grants like the Food Support Programme receiving more financial allocation, as it is expected that more households will need this assistance. However, the State also needs to be vigilant. Many persons left unemployed may turn to the informal sector for work, but still try to receive these grants,” he said.

Economist Marlene Attzs agreed that the question of where to cut transfers and subsidies was a valid one, given the fact that the Government has been able to make these transfer and subsidy payments once its revenues, mainly from the energy sector, are at a particular and ­predictable level.

“But the reality is that Government revenues have been challenged since 2008, and moreso since 2019 and in the first quarter of 2020, given the collapse of energy prices,” Attzs said. She noted there is a long-standing debate that there should be improved targeting of transfers and subsidies expenditure, especially transfers to those State enterprises that currently are inefficient.

“The closure of Petrotrin was one effort to curb subsidies to inefficient State enterprises. There remains, however, the issue of inefficiencies at T&TEC and WASA—both of which were singled out by the Minister of Finance in previous budget presentations. WASA’s subsidy is estimated at $2 billion annually.”

Attzs told the Sunday Express the Government recognises a significant part of its expenditure continues to be on transfers and subsidies.

“Transfers and subsidies from Government cover a range of services that redound to the benefit of the people of Trinidad and Tobago... Subsidies in health that allow many citizens access to free health care, subsidised medication under the CDAP, subsidised education including tertiary level education, transfers to public enterprises such as T&TEC and WASA that allow for the relatively low electricity and water rates the public currently enjoys, the ‘free rides’ senior citizens benefit from on the water taxi and the low cost of travel between Trinidad and Tobago either by plane or ferry.

“Then there are other transfers —a way in which government redistributes income to certain vulnerable groups in a society—prime examples would be old-age pensions or disability grants, etc,” she said.

Attzs said there is a “catch-22” which is that a reduction of subsidies to either T&TEC or WASA will result in higher utility bills, even though there would continue to be inefficiencies at both utilities, as there are citizens who still do not have a regular supply of pipe-borne water.

“Moreover, the removal of the subsidies will have a knock-on effect on the cost of living since water and electricity are essential to any form of business in T&T, such as supermarkets, restaurants, etc. Such businesses... will have to incur higher costs even though their revenue streams have declined—think of the small food service industry, restaurants, etc, that have reduced income, have already had to lay off staff, given the Covid restrictions—any increase in electricity or water rates could be ­catastrophic,” she said.

“A means test is a good idea in principle but the operationalisation of such testing needs to be properly thought through, developed and executed.

“There are means tests for people wishing to access GATE, for example, but tertiary education is a choice. Removal of transfers and subsidies that affect livelihoods and basic quality of life requires a different type of strategy to ensure that the vulnerable in our society are not further disadvantaged,” she said.

Ram said the government should review State Enterprises and begin putting them into the four categories to determine which ones need to be sold outright, shutdown, converted into a PPP or remain a SOE but improve its management efficiency.

“Subsidies should also be reduced over the medium term,” he said.

“At the moment, the wealthier households benefit the most from subsidies. They can afford to pay market prices so they don’t need a subsidy. If subsidies are removed, it should be removed gradually and with some of the savings the government could devise a programme to support poorer households in society, perhaps through means testing. For example, if electricity, water or fuel subsidies are reduced, there could be a step up tariff so that the first units of usage are cheaper but as you use more, it becomes more expensive approaching true marginal cost for the resource. This will ensure that all households have access to required resources at a fair price. Further more the government could offer contingent cash transfers to poorer households in return for those households ensuring that children stay in school or that parents build up their human capital.”

He said one consequence is that while there will be price adjustment, “firms can now start to improve real productivity in order to compete, such as using more technology etc. The employment in retail will likely decline over time anyway due to changes in distribution and consumption that have been fast tracked by Covid-19.”

Arjoon said what the State needs to do is limit wastage and leakages in the relief programmes under transfers and subsidies.

“For instance, there may be persons unfairly receiving food cards for years that do not meet the criteria. Removing them from the list of recipients will save money and allow for more persons recently made vulnerable to receive food support.

“The State also needs to urgently make the ‘make-work’ programmes including CEPEP and URP more productive and place these workers in sectors that will allow them to earn returns for the country.”

Arjoon said it is also imperative that the Government re-visit transfers to State enterprises and statutory boards.

The Government is already accountable for $32.4 billion of State enterprise debt ie, contingent liabilities, he said, adding, “It is not financially prudent to also provide an average of approximately $9.2 billion in transfers to State enterprises and statutory boards each year for the last five years, when many are inefficient and unproductive. State enterprises need to also look for ways to become more self-sufficient and cost-effective in their operations, to not rely on these transfers from the Government.”