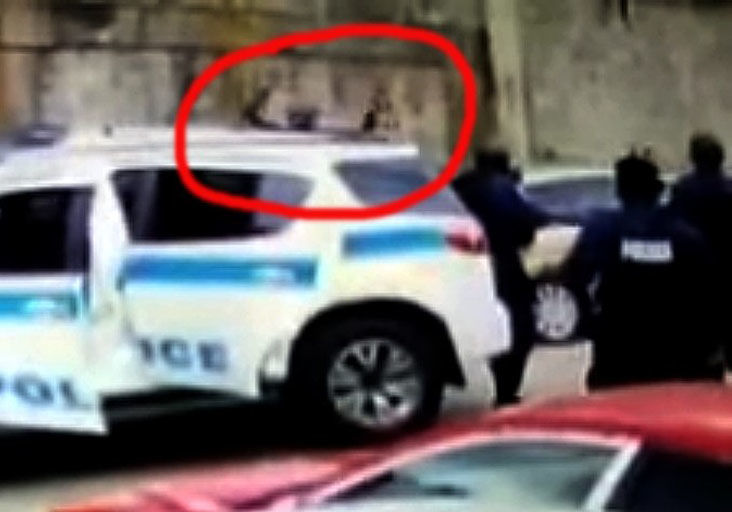 LAST MOMENTS: A man, circled, has his hands up in a freeze frame from a video being circulated on social media of a shooting incident involving police officers and the occupants of a Tiida vehicle, partly hidden at right, on Saturday. Three men died as a result of the shooting. 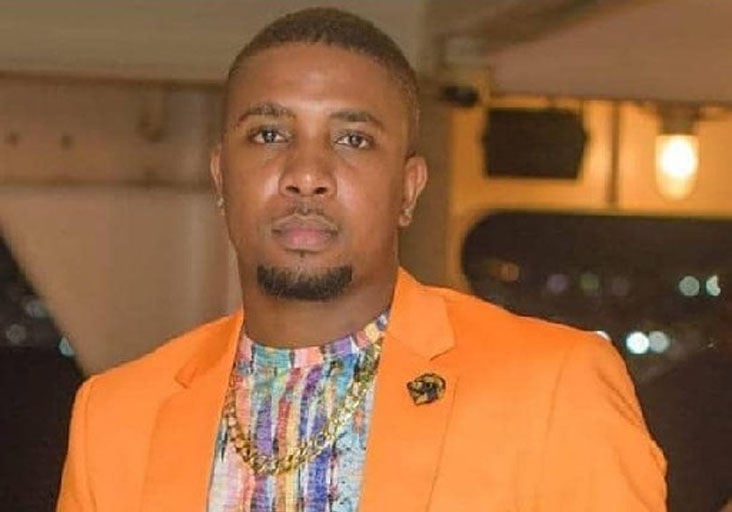 WAS it a police execution?

This is the question being asked on the heels of the police killing of three men in Morvant on Saturday and the release of two videos.

A somewhat fuzzy video surfaced on social media on Saturday night showing the police encounter with the men and what seemed to be one of the men with his hands up in the air.

A clearer video released later yesterday by the National Organisation of We the People (NOW), headed by activist Kirk Waithe, showed all three men with their hands in the air.

The fatal triple shooting of the men came hours after the murder of PC Allen Moseley, a member of the Guard and Emergency Branch. However, Police Commissioner Gary Griffith has said there is no link to the killing of the three men to the officer’s murder.

The killing of the three men is now under probe by both the Trinidad and Tobago Police Service (TTPS) and the Police Complaints Authority (PCA).

In response to questions from the Express yesterday, Griffith said he will act accordingly when the investigations are completed.

“The footage does not confirm or deny anything. It would, however, be used in the investigation. I do not act on speculation or perception, but evidence based on an investigation,” he stated via WhatsApp.

“The TTPS is investigating as we do with all police-related shootings. I am also providing all that is required to the PCA in their independent investigation on this matter. When these investigations and findings are completed, I would then act and inform the public accordingly,” he added.

Only one occupant of the Tiida is seen immediately coming out of the vehicle with his hands in the air.

The man is also seen returning to the vehicle.

About a dozen armed police officers from the three vehicles are seen in the video.

The video does not show the alleged police shoot-out with the men as the Tiida was driven out of the view of the camera.

Police claimed the men fired at them, including the man who initially had his hands up as he allegedly returned to the vehicle for a firearm.

One police officer is seen picking up items from the roadway.

The three men were pronounced dead on arrival at hospital.

The PCA said yesterday it is investigating the incident.

“The PCA’s civilian investigators will conduct an independent investigation of this matter, at the conclusion of which a report will be forwarded to the authority,” the PCA stated in a news release.

It added that upon receipt of the report, the authority shall make an assessment and form an opinion as to whether there is sufficient evidence to support a recommendation for prosecution and/or the institution of disciplinary proceedings.

“The public is assured that due process shall be followed at all stages of the investigation. In this regard, the PCA will not express any view prior to any determination by a court of law as same may be tantamount to attempting to interfere with due process and the course of natural justice,” stated the PCA.

It added that as an independent oversight body, the PCA is committed to ensuring that no police officer acts above the rule of law and to empowering the citizenry to report incidents of police misconduct and/or criminal activity.

The PCA requested that any witnesses to or persons with information on this incident are asked to confidentially contact the PCA at 627-4383/627-4386 or at info®pca.org.tt.

A number of theories are being put forward by the public on social media.

Many believe the killings are linked to the murder of PC Moseley and praised the police for swift action.

Others expressed that it was a revenge execution carried out by the police. People also claimed that the police officer in the video was picking up spent shells but there is no proof.

Attorney Larry Lalla posted on Facebook that there must be a swift independent investigation by the PCA and a specially-appointed investigator.

“While we are all concerned about serious crime and support the police in all legitimate efforts to deal with this national scourge, the contents of the circulating video are deeply disturbing,” he said.

Attorney Wayne Sturge also weighed in, stating: “If those police officers are charged as were the Moruga TTPS 9, based on video footage they will be acquitted by a jury the minute the criminal record of a single victim is put into evidence, in spite of what the video footage shows. That right there is our problem. That’s why we can know who killed a two-year-old and not tell the police or feel sufficiently enraged. We are immune to murder. There are those who defend the bad boys as ‘good boys’ and when the good boys in blue do bad we defend them too. We are holding police and bandits to the same low standards...nothing changes until we hold those who represent the law to a higher standard, until then, we lack the moral authority to hold anyone else to any standard. To whom much is given... George Floyd also had a criminal record btw. Blue Lives don’t Matter, Unarmed Ghetto Youth Lives don’t Matter, two-year-old Lives don’t matter but only Américan Black Lives Matter. BLM (Trinidad) Posse!!! Monday we marching???”

'This is our George Floyd' - Protesters demand murder charges

SUSPEND the police officers involved in the shooting deaths of three men in Morvant.

The La Soufriere volcano on the island of St. Vincent erupted on Friday morning even as resi…

A 38-year-old Cedros fisherman was killed in a police related shooting this morning.

The evacuation of about 20,000 residents from the Red Zone began on Thursday evening. Not al…

AFTER overwhelming public complaints over its Covid-19 vaccine appointment system, the Ministry of Health has admitted to “teething” problems in its national roll-out.