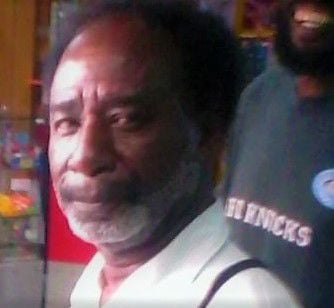 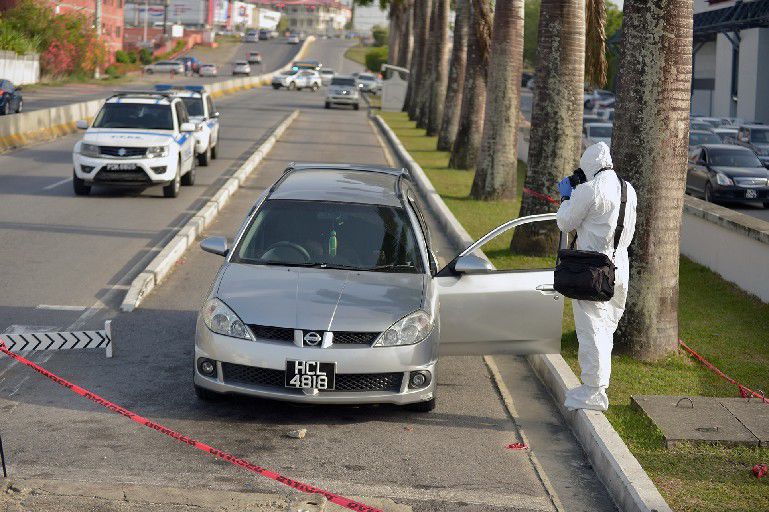 A crime scene officer takes a photograph of the elderly man killed in a taxi outside the Gulf City Shopping Complex in la Romaine on Sunday afternoon. Photo: DEXTER PHILIP

JOSEPH Phillip lived the American dream before retiring to Trinidad where he was murdered on Sunday.

Phillip, 71, went to New York about 40 years ago, worked many jobs and achieved financial success.

He was gunned down in a taxi outside the Gulf City shopping complex, La Romaine, on Sunday in what police described as a hit.

A relative of Phillip, who did not wish to be named because he said he was fearful for his life, said Phillip worked “extremely hard all of his life”.

He had managed several fast food outlets in the United States and had occupied a valuable property in Central Park West in Manhattan, New York.

Phillip had two children with his first wife, then later remarried and had another child, now ten years old.

Upon retirement he returned to Trinidad and built his dream house at Hercules Trace, Gonzales, Point Fortin.

“He built that house brick by brick and was very proud of it,” the relative said.

He and his wife separated, however, and he last lived at Edinburgh 500, Chaguanas.

Phillip was sitting in the front seat of a taxi with two other passengers in the back seat of the taxi parked outside the mall at Gulf View Link Road when he was killed.

The driver of the Nissan Wingroad was standing outside the vehicle, looking for another passenger for the trip.

Around 3.30 p.m. the killer walked up to the car and shot Phillip multiple times in the upper body.

The other passengers, who were not injured, screamed and fled the car.

The shooter ran further down the street and escaped in a Nissan Tiida that had been waiting for him.

Phillip died in the car holding a black bag, wearing his jewelry and his money in his hand to pay the taxi driver.

Minutes earlier he had met his ten-year-old son and his wife in the mall, and sat in the food court with them.

Police were told that Phillip and the child’s mother had separated and begun divorce proceedings.

He had a clean criminal record, investigators said.

Detectives are working on several theories with regard to the motive for his killing and continue to interview witnesses and Phillip’s relatives as enquiries continue.