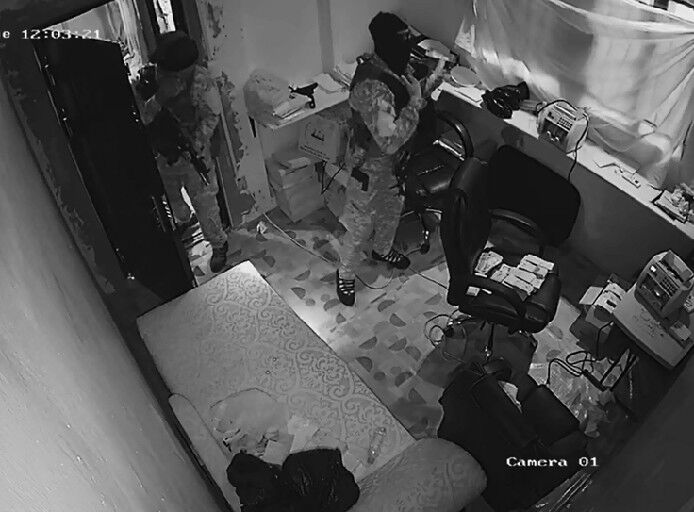 Suspicious activity: The officer at the centre of the controversy in action at the raid in La Horquetta. 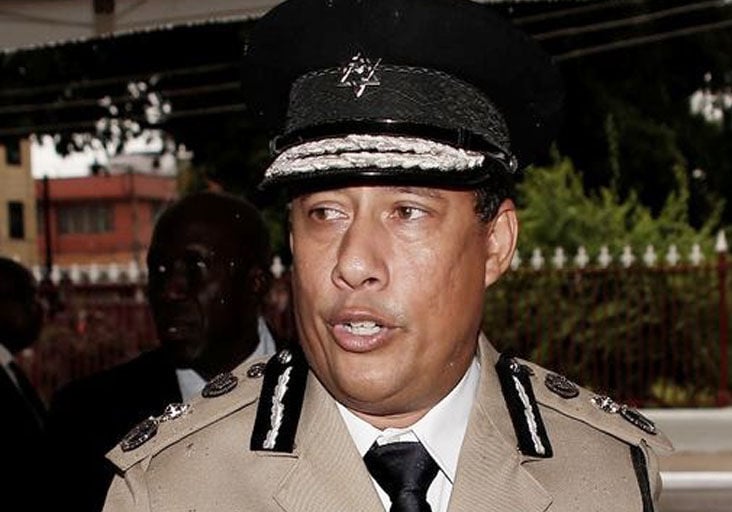 Suspicious activity: The officer at the centre of the controversy in action at the raid in La Horquetta.

So said president of the Law Association of Trinidad and Tobago, Douglas Mendes SC, as his organisation weighed in on the $22 million La Horquetta raid on September 22, which was sanctioned by Commissioner of Police Gary Griffith and included members of his Special Operations Response Team (SORT).

In a news release issued yesterday, Mendes said Griffith is correct in stating an investigation has been launched into the return of the cash seized during the raid at the La Horquetta residence and that he has “a right to investigate the individual caught on tape, seemingly stuffing cash into his apparel”.

Pointing out that Griffith said the individual in question is a member of the T&T Defence Force and not the Police Service, Mendes said, “Whether that is or is not the case, the Commissioner ought not to belabour the point lest it appears that he is shirking responsibility for the conduct of an individual carrying out a search as part of a unit under his command.

“Which service the individual belongs to will determine which body could launch disciplinary proceedings, on the assumption that there is evidence to support a disciplinary charge. But whatever the individual’s true designation, he is equally subject to the criminal law.”

Mendes added he hoped the investigation does not end there and encouraged the Commissioner to pay equal attention to reports, apparently backed by video footage, of members of the search squad physically abusing occupants of the premises being searched.

“There is also a report that a woman who was on the premises when the search was being carried out has now miscarried. Except in necessary self-defence or to impede escape or where the police are being obstructed in the performance of their duties, there is no justification for physical abuse on the part of any member of the protective services,” Mendes said.

The release also touched on the issue of whether a warrant was obtained for the search and the use of force by officers on the raid.

“The Commissioner of Police is right to launch an investigation into the return of the cash seized in the raid on the Drugs Sou Sou premises. His investigation should also include whether there was a legal requirement to obtain a warrant before the search was initiated since a warrant obtained after a search has started does not legalise what has already occurred.

“The privacy of a citizen’s premises is protected by the Constitution and ought only to be violated when carried out strictly in accordance with the law.

“The failure to obtain a warrant when required, and the failure to disclose it when obtained, violates the Constitution, on the one hand, and engenders distrust, on the other.

“As things stand, it remains unclear what offence the officers leading this raid on private premises suspected was being or had been committed and what were the considerations that led to the return of cash seized.

“The Law Association therefore trusts that the Commissioner will include this among the matters he intends to investigate.”

Meanwhile, the T&T Defence Force also issued a release yesterday stating it is co-operating with the police investigation.

“The TTDF wishes to advise that it is fully co-operating with the T&T Police Service in its investigation of the Drugs Sou-Sou (DSS).

“Additionally, the TTDF has launched an investigation into the possible involvement and alleged misconduct of Defence Force members,” the release stated.

Additionally, the Police Complaints Authority (PCA) has indicated it has launched an investigation into all facets of the September 22 raid at the La Horquetta residence, which police said netted $22 million.

In a brief interview with the Express yesterday evening, PCA Director David West said, “We are looking into all aspects of the investigation involving the $22 million.”

Also weighing in was the T&T Police Service Social and Welfare Association.

The Association president Gideon Dickson and Ancil Forde said in a joint release they “note with grave concern the recent videos and pictures currently circulating on social media regarding a police operation.

“The Association vehemently and categorically condemn the apparent misconduct displayed by the officials in law enforcement uniform. The Association stands heavily in support of an investigation to determine whether there were any breaches of the law, and if so, to bring the perpetrator (s) to justice”.

The Sunday Express showed exclusive photos and videos reported this week of a member of SORT team secretly stuffing a block of cash into his tactical uniform during the raid at the DSS offices in La Horquetta residence last week during which an estimated $22 million was seized.

The money belongs to an organisation called Drug Sou Sou (DSS) which is founded by Kerron Clarke, a soldier.

The Express understands the officer pocketing the cash into his tactical gear was attached to the Defence Force Special Forces and is now a Special Reserve Police officer.

Griffith has said the official is a soldier.

The other officer who stood guard at the door while the money was being taken is also a former soldier.

The attire worn by the officer secretly stuffing the cash is the same uniform worn by SORT members.

Additionally, the Express understands that soldiers are not covered under a search warrant to enter premises or conduct searches and are normally used to contain any perceived threats.

SORT, the brainchild of Griffith, is led by Sgt Mark Hernandez. The unit comprises police officers and former Defence Force (namely Army) personnel who were made Special Reserve Police.

In an interview with the Express on Sunday, Retired Major General Ralph Brown said the attire worn by the officer in question is not T&T Defence Force military attire.

This figure was given to the Sunday Express last Thursday by DSS founder Kerron Clarke—a member of the Trinidad and Tobago Defence Force.