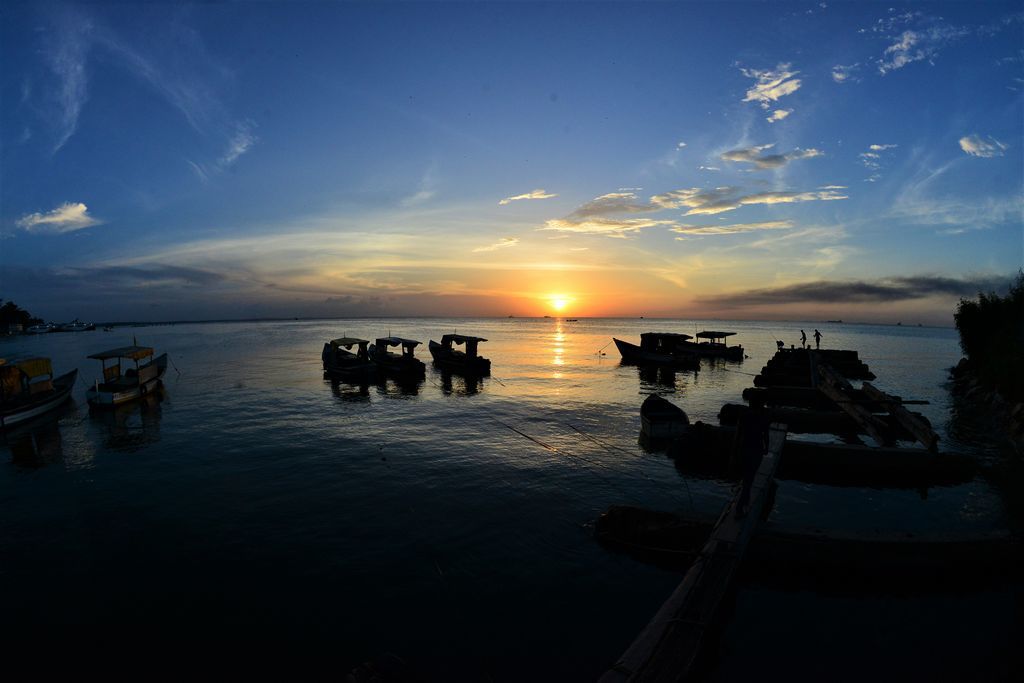 The migrants are lost somewhere in the Gulf of Paria Photo: Richard Charan 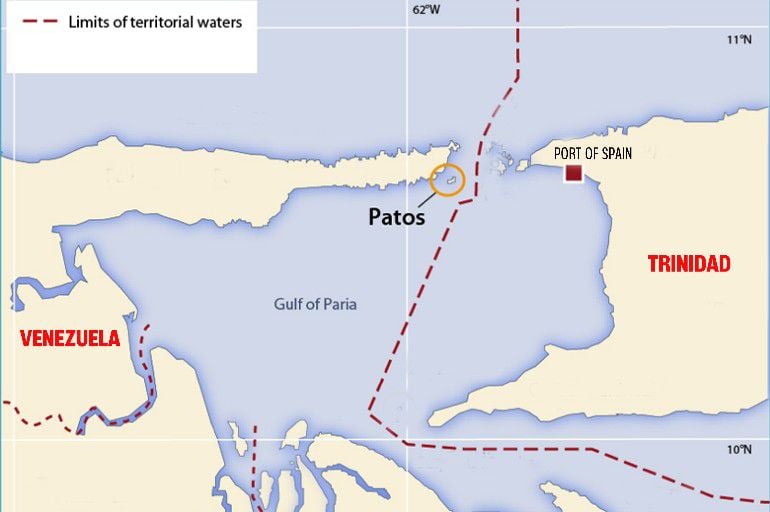 Patos Island, off the coast of Venezuela, where a pirogue transporting 34 Venezuelan nationals overturned early Wednesday.

The search continued on Friday for the missing Venezuela nationals who went under when a boat sank on Tuesday night.

At least nine people were pulled alive from the water but Venezuelan authorities are still uncertain as to the exact number of persons on board the vessel.

Lt. Kerron Valere of the Trinidad and Tobago Coast Guard said the initial number was expected to increase as it was discovered that several persons on-board had not been listed as approved crew members or passengers.

Initial reports stated that at least 34 persons were on board a fishing pirogue en route to Trinidad when it capsized near the Venezuelan islet of Los Patos, near the Dragon’s Mouth of the Gulf of Paria.

The Express was told that mostly women, and two children, were on board the vessel.

The boat captain and a 26-year-old mother of two were rescued hours later and taken to a hospital in Venezuela.

The TT Coast Guard was contacted and joined in the search and rescue exercise.

Late Thursday, it was reported that nine persons were rescued and were being treated at hospital.

Dozens of relatives of the missing were in Güiria anxiously waiting for word back from the search vessels, it was learned.

In recent years, an estimated 3.7 million Venezuelans have fled the crisis-wracked country.

And most of Venezuela's migrants travel by land into neighboring Colombia and Brazil, but others overload fishing boats to cross the sometimes deadly Caribbean waters to nearby islands.

Approximately 40,000 Venezeuelans are said to be now living in Trinidad.

The Express was told that the boat set sail off the port of Las Salinas, Guiria for the three and a half hour long journey at 10pm on Tuesday.

The passengers were not in possession of passports or other legal documentation to enter the country, it was learned.

Relatives said it was an irregular voyage to Trinidad and Tobago, sailing in rough seas under the cover of darkness to avoid detection.

AS violence broke out during anti-government protests in Venezuela yesterday, families were told that the search for their loved ones lost at sea was being called off. The relatives had pleaded with Venezuelan authorities to assign more resources to the search effort.