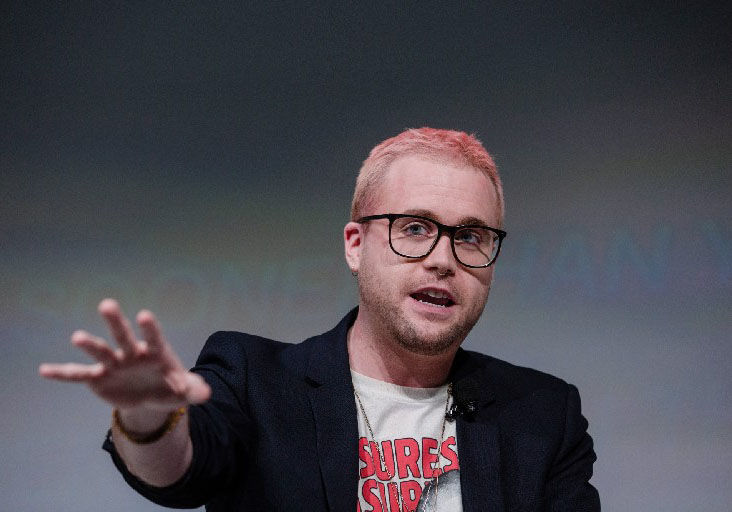 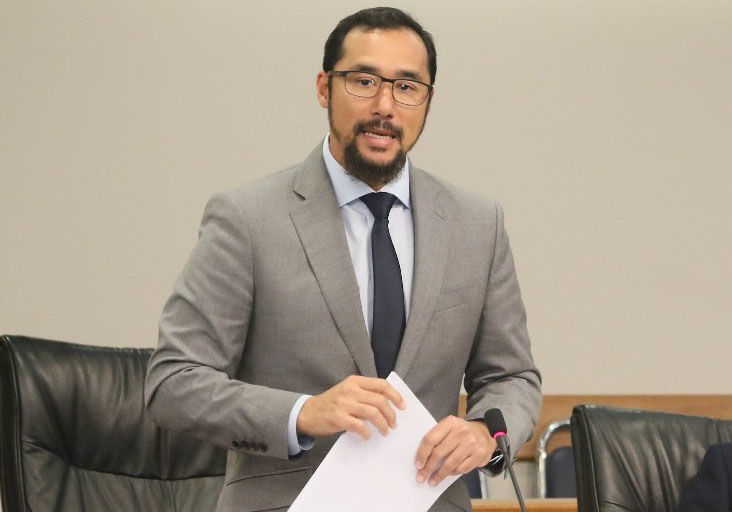 (flashback)National Security Minister Stuart Young during his contribution to the debate on the Bail (Amendment) (No. 2) Bill at yesterday’s sitting of the Upper House in Parliament.

(flashback)National Security Minister Stuart Young during his contribution to the debate on the Bail (Amendment) (No. 2) Bill at yesterday’s sitting of the Upper House in Parliament.

The hunt for Christopher Wylie is on.

National Security Minister Stuart Young yesterday wrote Police Commissioner Gary Griffith “with regard to damning allegations made by Mr Christopher Wylie in his book Mindf*ck, as it relates to the spying activities of Cambridge Analytica on the people of Trinidad and Tobago”.

In his letter, Young requested that the Commissioner of Police consider investigating the serious allegations made by Wylie.

Griffith also announced via a news release yesterday that he has recused himself from any investigation into allegations that the former People’s Partnership government may have used data mining to spy on citizens and track their behaviour leading up to the 2015 general election.

Griffith, who was a national security minister in the then-People’s Partnership government, had previously denied any knowledge of these allegations, but out of caution he said he has placed the investigations in the hands of Deputy Commissioner of Police Jayson Forde.

“I have recused myself from this matter, and I have tasked representatives of the TTPS, led by Ag DCP Forde to meet with, and seek the existence of any supporting evidence from Mr Wylie. This team will depart as early as this weekend if Mr Wylie is contacted and agrees to be interviewed by the investigative team,” Griffith said in the release.

The commissioner also said that fundamental to the investigation would be a conversation with Wylie, who wrote the book Mindf*ck: Cambridge ­Analytica and the Plot to Break America in which he (Wylie) named Trinidad and Tobago as one of the countries involved in data mining.

“At this present time, the only person of interest in this matter is Mr Wylie, as he is the only one who has made comments alluding to possible criminal misconduct. His comments would mandate that the Trinidad and Tobago Police Service (TTPS) meets with him to establish if a crime did take place, if he is an accessory to that crime, and if others could be culpable. At this time, the TTPS has absolutely no evidence to verify that any crime was committed, and all that is in the possession of the TTPS is a book with Mr Wylie’s claims,” the statement read.

In response to claims by the United National Congress that this was “Emailgate 3”, Griffith also assured that the accusations made by Wylie would be swiftly addressed.

The chain of events, according to the police statement would be as follows:

1. Efforts would be made (yesterday) to contact Mr Wylie and seek his agreement to be interviewed this weekend.

2. If Mr Wylie refuses to cooperate with the TTPS, the claims then cannot be substantiated and then it would lack merit and the matter would be closed.

3. If he is willing to, the officers would travel to the United Kingdom this weekend to conduct the extensive interview.

4. It is only then that the TTPS would be able to ascertain if what Mr Wylie has stated and whatever material he can produce, would warrant an investigation to be launched in relation to possible criminal activity.