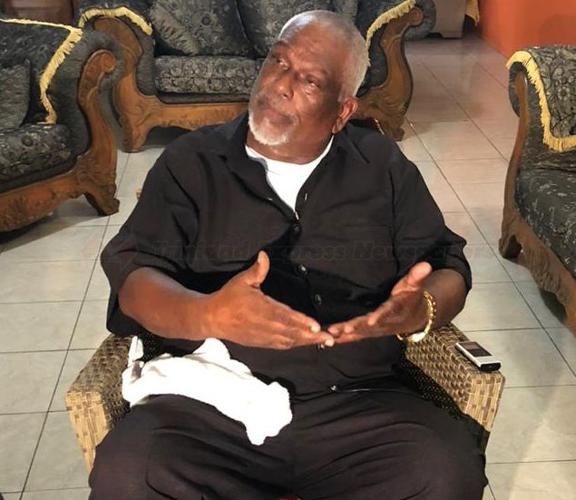 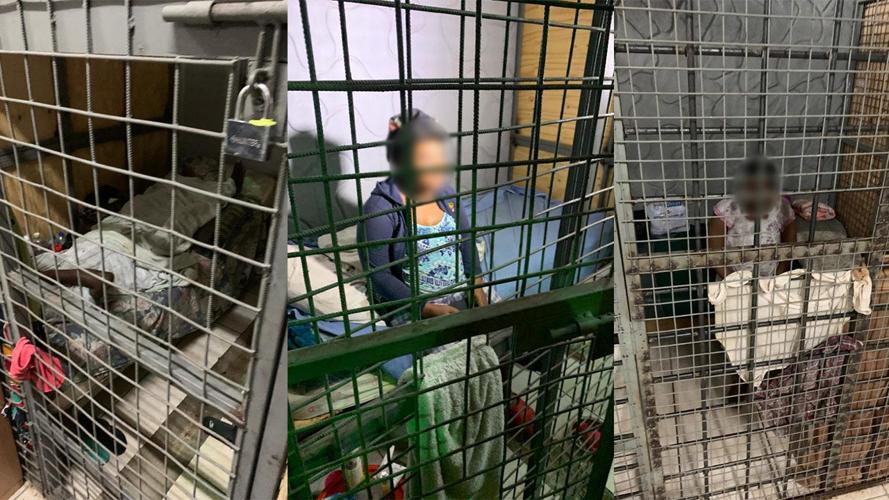 Three persons are seen in cages at the Transformed Rehabilitation Life Ministry Centre, where 69 persons were found at the facility in Arouca last night, during a police exercise. 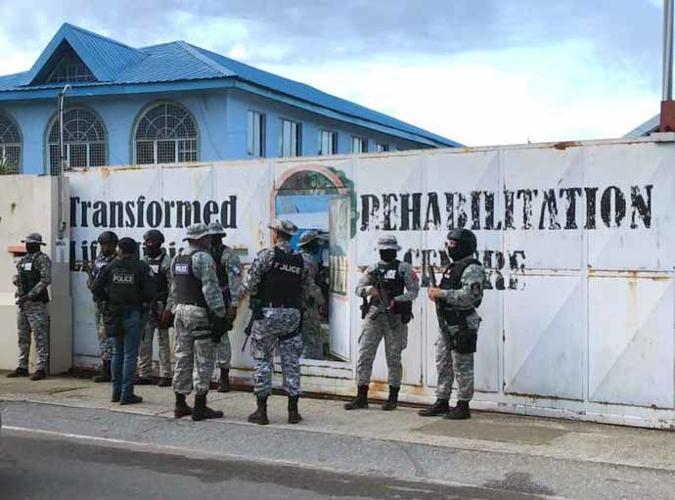 The police operation took place at this facility in Arouca on Wednesday.

I am not a monster!

Pastor Glen Awong, the founder of Transformed Life Ministry and Rehabilitation Centre in Arouca where 69 people were “rescued” from cages yesterday says Commissioner of Police Gary Griffith got it all wrong.

Awong, who lives on the compound of the Centre with his wife, denied that he was ever involved in human trafficking or that his facility was a slave house.

In fact, he believes the raid on the centre yesterday may have been because he has the State in court for non-payment of $1.4 million.

“I worked for the Government under the street dwellers programme with the Ministry of Social Development and they are owing me money,” he told the Express via telephone early this morning.

“There is a cabal to come strong against me and paint me in black.

The information about human trafficking... that doesn’t exist by me. They talk about fraud...that don't exist by me. But it seems as if it was something more they were looking for. I sued the Government and I have a case going on with them right now and I feel this is something that came from the head,” he stated.

Awong, an ex-prisoner, said since opening his facility back in 2000 he has helped thousands of people including ex-prisoners, street dwellers, the drug addicted and mentally ill.

“The people I work with is who the Police would kill on the streets,” he said.

“I am recommended by doctors, health facilities, so all they are saying is not true. If it was true they had a right to lock me up and my staff yesterday,” Awong went on.

Awong said contrary to reports, he was never arrested and taken into Police custody yesterday.

“That was a lie. I was at home yesterday with the police interrogating me. Police were looking for documents. I was home with the police giving them all the information they needed,” he said.

Awong said some clients were kept in seclusion rooms and not cages as being reported.

“I deal with four women who would want to throw mess at one another, so they have to sleep in seclusion rooms. St. Ann’s Hospital has seclusion rooms. And we have to have seclusion rooms because if we don’t then when clients trigger off and get violent on you will be in trouble. You have to restrain them and I’m not restraining them how the police will restrain them by shooting and killing them,” he said.

Awong said in June this year the Ministry of Health inspected the rehabilitation centre and recommended that he upgrade a few things, which he is still doing.

“They said to fix the cupboards so the clothing would not be out in the open. They asked for more ventilation, which I did. I am about to build to hospital status because I have professional people working with me like psychiatrists, nurses and so on. I have 22 members of staff. There is no place in Trinidad doing what I am doing. St. Ann’s Hospital keeps patients for two weeks and they are back on the streets or with relative. A client cannot be ok in two weeks. If medication runs out what will happen?” he said.

Awong denied that his centre was cut off from Government subventions.

“I worked with over 100 clients from the Ministry and they were not paying and that is why I have to resort to sue them now. When they took them out of here they were in the best of conditions,” he stated.

He said his centre is fully funded by payments from clients.

“It’s difficult. We have to run on a tight budget. We have to pay workers, we have to feed people. Me and my wife don’t work for a salary. We might eat and drink the same food that clients drink because we are satisfied with our cooks and they are professional cooks.”

I am glad it happened

MITERA BALKARAN has only a few weeks left to live. While most individuals might quietly acce…

The sudden death of Anil Bheem

‘State made no appearance’

It can’t get any more bizarre.

There was never an appearance by the State in the malicious prosecution lawsuit against the Attorney General, filed by the nine men accused and then acquitted of the murder of Vindra Naipaul-Coolman.

By a vote of 36 for, none against, the House of Representatives unanimously approved the notification for the nomination of 59-year-old Erla Harewood-Christopher at its sitting yesterday, creating history in the process with the first woman Commissioner of Police.

It is the first time since July 2010 when Canadian Dwayne Gibbs’ appointment was unanimously supported, that there was consensus on the nomination for the top cop position.

Police Constable Nicholson George has been charged following the incident in which he allegedly assaulted a traffic warden.

George, who is currently on suspension, was detained on Thursday afternoon.

Legal advice was sought from the Director of Public Prosecutions Roger Gaspard, SC, and investigators were instructed to charge the officer, the Express was informed.

A 41-year-old construction labourer faced the court on Tuesday, charged with the sexual touc…