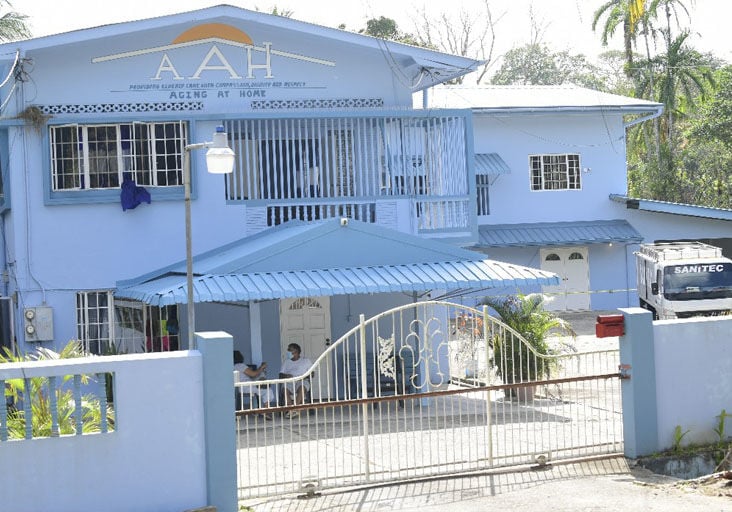 FILTHY: The house at Bridge Road Sangre Grande where recovering COVID-19 patients will remain for a short period before being released. —Photo: JERMAINE CRUICKSHANK 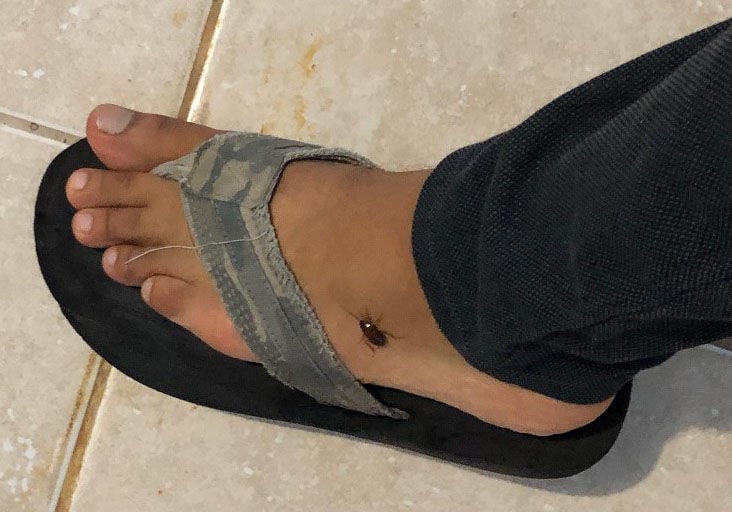 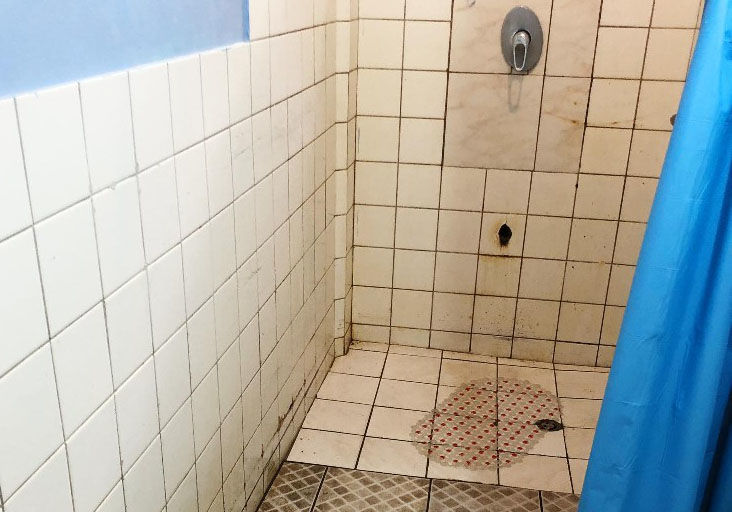 FILTHY: The house at Bridge Road Sangre Grande where recovering COVID-19 patients will remain for a short period before being released. —Photo: JERMAINE CRUICKSHANK

The Sangre Grande “step down” facility where recovering COVID-19 patients are required to stay is a cockroach-infested dump.

This is according to patients who reached out to the Express yesterday, hours after being transported there from Couva Hospital on Saturday night.

“We were forced to line up at 3 a.m. like donkeys in the stifling heat to meet with the one doctor here, to recreate an entirely new patient record because they can’t transfer the patient files from Couva. I’m dumbfounded,” said a patient.

“Given the absolutely deplorable and uninhabitable situation here, I absolutely cannot stay in an environment like this. I don’t even want to eat or drink anything so as to preclude using the toilet (which doesn’t close or even have a door). The entire house is unhygienic, dilapidated, cockroach-infested and filthy. It is stifling and has no AC or fans. It’s not even an option to sit or sleep here. I’ve been standing as much as I can to avoid touching the dirty furniture. The infrastructure is absolutely derelict and revolting for patients.

“We are not convicted criminals or caged animals, we are in fact patients that require a decent safe and healthy environment that we can, at the very least, rest,” said the patient.

“I’m so sorry...cannot be forced to stay in a nasty, dilapidated roach-infested place. It is the most disgusting and filthy place I’ve seen. I am with someone else who is in literal tears. This dump is uninhabitable and I refuse to stay here.”

The patients requested anonymity, noting that they do not want to be victimised and reprimanded for speaking out and sharing photographs of the conditions they are forced to stay in.

The Express was told that 30 patients were taken from Couva Hospital to Sangre Grande to a facility that was a geriatric home.

The move took place late at night and patients arrived just before midnight.

The process of admission took hours.

On arrival at the facility, the patients spent hours into the morning waiting to see a doctor before being “admitted”.

“Everyone went to bed in the early hours of the morning....we are standing in line to give the same information again,” said the patient.

After filling out the necessary paper work, patients were sent to small rooms where several of them are forced to share.

“I was just standing there because I didn’t even want to sit, I was just scorning to even touch anything, the chairs, the beds, there are cockroaches flying all over the place.

“The bathroom is so disgusting I didn’t even want to walk in it...the entire thing is shattering and horrifying, some people were in tears,” said the patient.

The patient told the Express that they now have no symptoms whatsoever. The patient tested positive after having travelled abroad.

“I kept asking why am I here, I am not symptomatic, I do not require any medical support. I have not received any medical treatment since I’ve been either in Couva or here, zero, literally zero,” the patient said.

The patient said they were told by the doctor that the virus can spread even if there are no symptoms and quarantine was mandatory.

“I told the doctor that self-quarantining can be strictly adhered to at home. We don’t need to be dragged out of our house where we can eat balanced meals, sleep comfortably and exercise and actually recuperate.

“In these settings you are drifting into depression, after a while the entrapment gets to you so there is a lot of mental gloom and despair around and it was just almost tangible the sadness and mental turmoil people are facing, just the jail-like factor really gets to you...you are pent up with these emotions and you can’t move” the patient said.

“I shudder to even walk in here with shoes. How are we even supposed to shower in this filthy place? I feel so shattered to tears being subjected to this,” said the patient, adding that hygiene should be of utmost importance.

The patient also raised concerns about being kept with symptomatic COVID-positive patients at Couva.

“It was a bit traumatic at first. They stuck us together with people who are asymptomatic. We were sharing rooms with people who were on ventilator and could not speak,” the patient said.

The patient said nurses said “you can’t be more positive if you are already positive”.

“That’s not the point if I’m asymptomatic. I don’t have a cough, I don’t want to be sitting next to someone coughing in my face, I don’t want to be exposed to such symptoms. I had to share bathrooms with pee on the floor because there are very sick people who cannot clean up themselves properly,” the patient added.

An issue was also raised with the dumping of food and other essentials delivered for patients by relatives.

“I begged for like ten hours and asked eight different nurses to please send someone for it since I’m vegetarian and have a restrictive diet. They dump it on the ground. Some other people left food too for their families and they didn’t even take it for them,” said the patient.

“I’m a healthy, active person, I could not move at all, I would wake up in the middle of the night panicking and claustrophobic, not physically claustrophobic because we are in a big room but just the imprisoning feeling that you are stuck in here, not feeling fresh air on your body for two weeks,” the patient added.

The patient recalled when they were first told quarantine was mandatory and they should consider it a vacation.

“I acquiesced and decided to come, much to my chagrin, now just being in the whole entrapment people drift into a depressed mental state,” said the patient, adding that they are also unable to work.

“I cannot work from such an environment. I have bills to pay and I cannot work, I cannot join conference calls. I’m imploring the authorities to please urgently visit this dump and see for themselves what unacceptable conditions we are subjected to,” said the patient.

‘One big family’ in Grande

Several patients at the Sangre Grande step-down COVID-19 facility say they are in favour of remaining there until they are discharged.

ALLOW me to express my opinion regarding a few Covid-19 issues:

“We can never forgive the Government policy that denied my father the right to return home.”