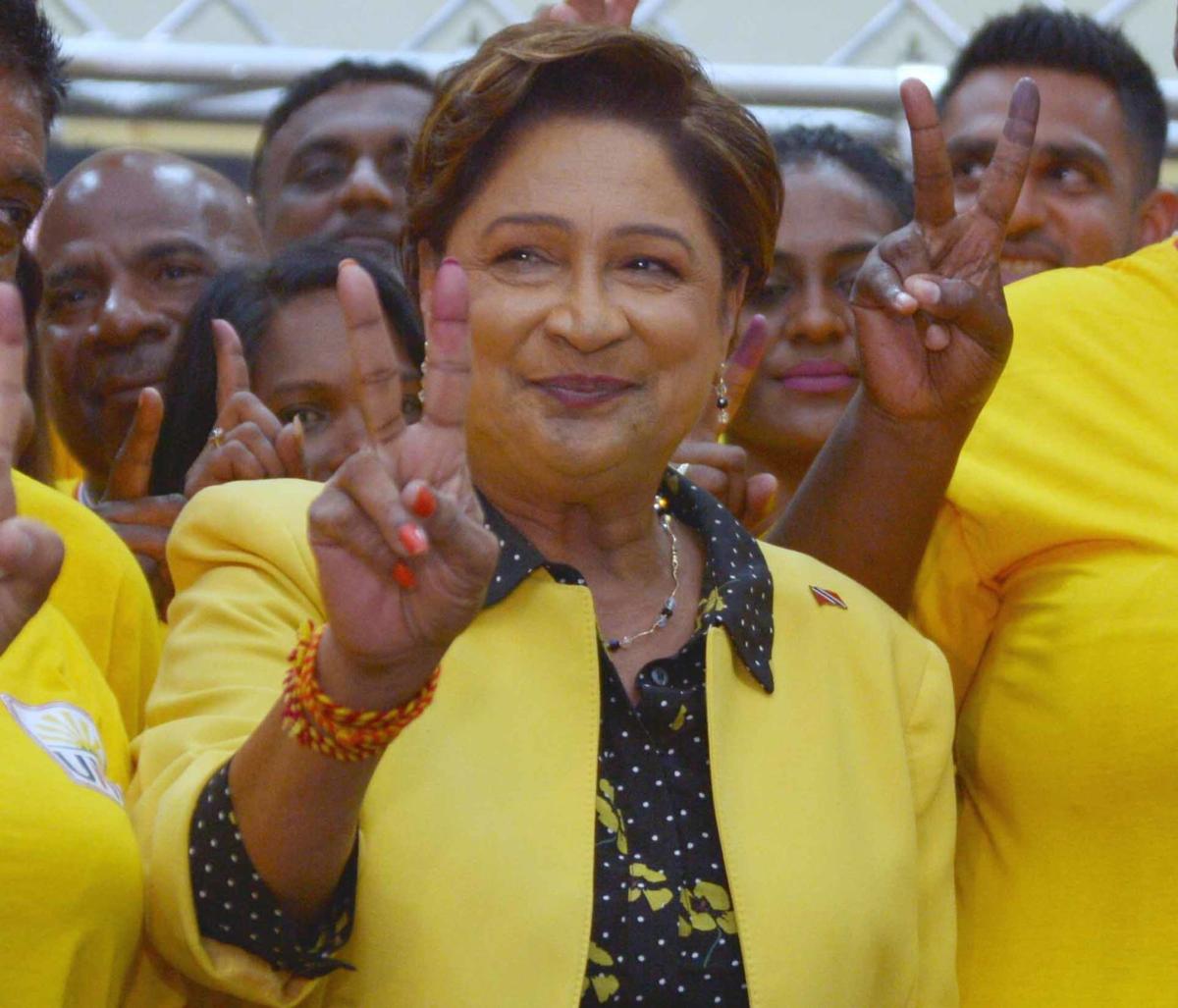 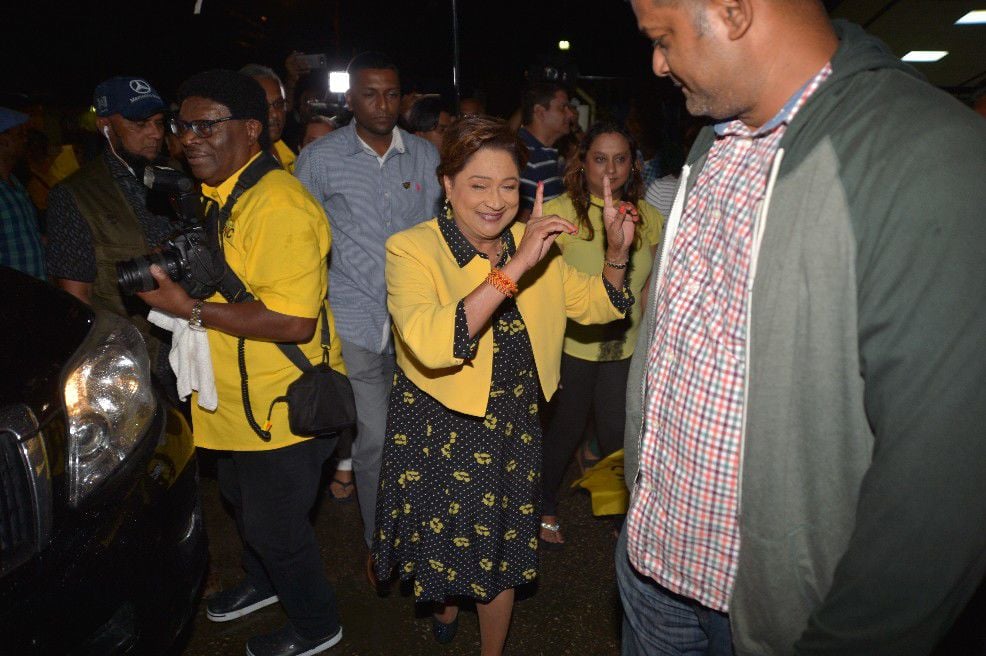 OPPOSITION Leader Kamla Persad-Bissessar has said the local government election results demonstrate that the people of Trinidad and Tobago are “fed up” with the Government and are ready to work under a UNC administration.

After the votes were counted for control of the 14 regional corporations last evening the results ended in a 7-7 tie between the UNC and the PNM.

In 2016 the results were 7-6 with the PNM eventually winning the Sangre Grande Regional Corporation.

There was initially a 4-4 deadlock but the PNM took control when its chairman Terry Rondon used his casting vote to win control of the corporation.

In the election yesterday the UNC defeated the PNM and won Sangre Grande.

The party also gained more districts in Siparia and in a twist, also gained ground in San Fernando— winning three electoral districts out of nine and losing another by one vote.

Last night an exuberant Persad-Bissessar said the country was anxious for change.

“You have shown your readiness to get our country working again,” said Persad-Bissessar who celebrated with her constituents at her Penal constituency office.

Persad-Bissessar is also the Member of Parliament for Siparia.

The UNC retained control of the Siparia Corporation.

The former prime minister said the UNC has been on the ground, moving through the communities and the feedback of the people is that they are fed up with the Government.

She said people were also fed up of a Government which continues to “assault the hard-working men and women of this nation”.

She said the Government also presided over the destruction of “our proud oil and gas industry”.

“Tonight I am very pleased to say the people have spoken. Chaguanas remains UNC, Couva/Tabaquite/Talparo remains UNC, Penal/Debe remains UNC in spite of the boundary changes that they made, Princes Town is a clean sweep...and as we count down I am hearing that we have taken the Sangre Grande Corporation. I am told we went from no seats in San Fernando and so far we have taken three seats. In Tunapuna we have taken at least one seat from the PNM,” she said.

The UNC and PNM tied for the Toco/Sangre Grande Regional Corporation in 2016.

In this year’s election the UNC beat the PNM and took control of the corporation winning the Sangre Grande North West seat which the PNM previously held.

The first sign of a change came after the UNC won the battleground district of Cocal/Mafeking. The UNC’s Renelle Kissoon received 1,256 votes and the PNM’s candidate got 921 votes.

In the Siparia Regional Corporation, the UNC won the Siparia West/Fyzabad electoral district which the PNM had won in 2016.

The UNC’s Jason Ali won the district with 1,801 votes with the PNM’s Maurice Alexander securing 1,685 votes.

The UNC won the Otaheite/Rousillac district with its candidate receiving 1,990 votes to the PNM’s 1,100 votes.

In the new electoral seat of El Socorro/Aranguez in the San Juan/Laventille Corporation the UNC’s Raquel Ghanny won with 3,088 votes.