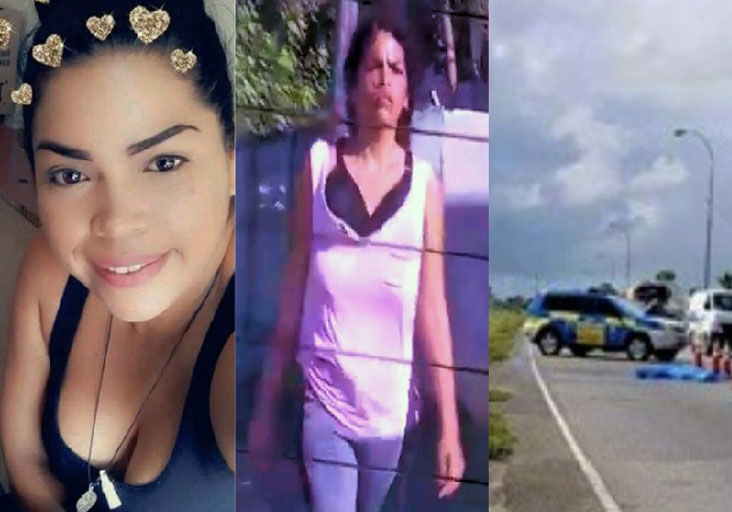 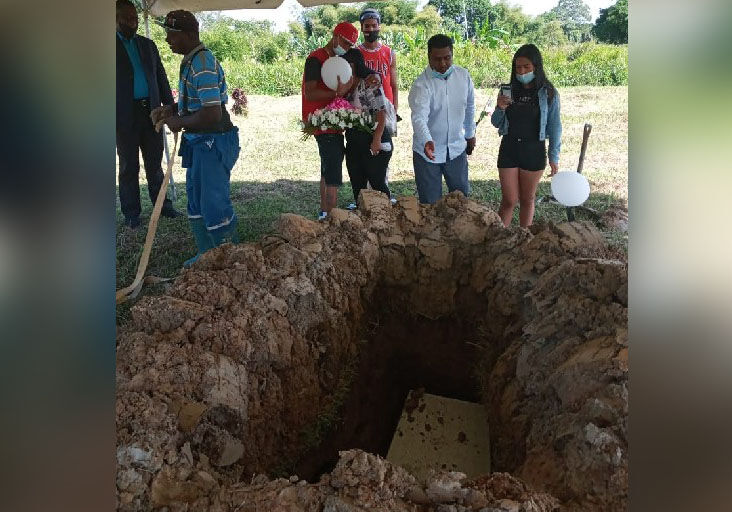 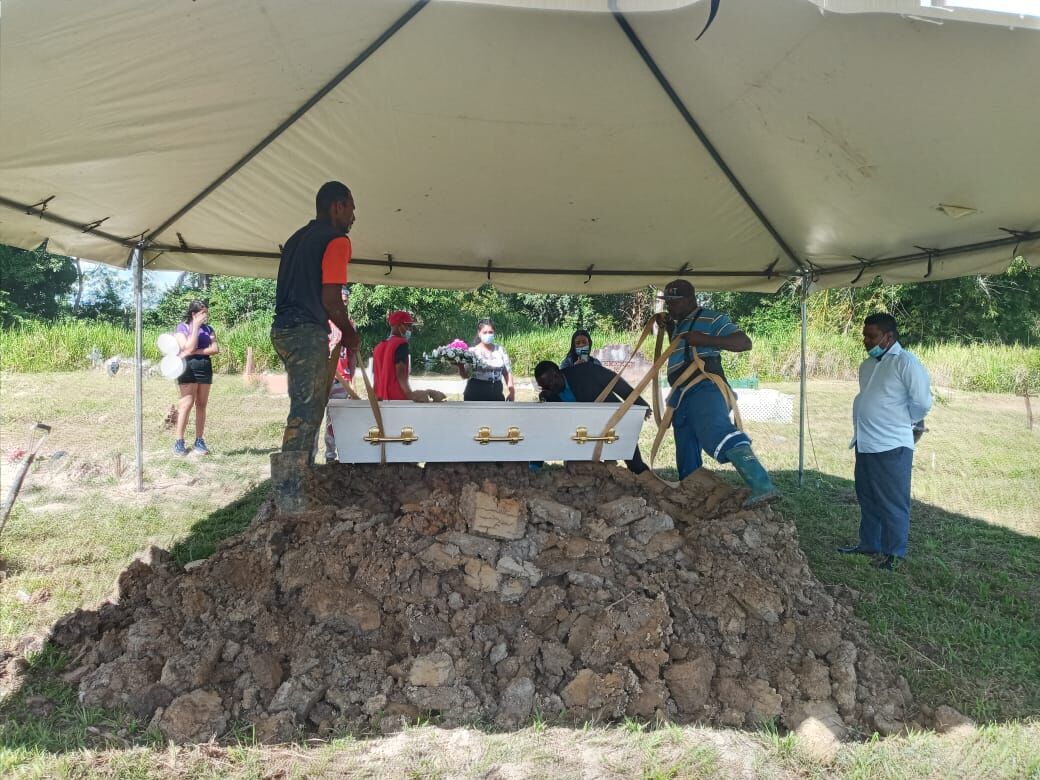 Dear children of Angelys Marelis Boada Munoz. If you ever make it to Trinidad, your mama is buried at the Freeport Public Cemetery, near where she lived, worked, and died.

It is an unmarked grave, but we know the spot. And we will take you there.

Just so you know, your mother got dignified last rites, attended by five friends, two gravediggers, the driver of the hearse, and a lawyer who paid the funeral expenses.

It took 26 days for “Angel” to get that funeral last Saturday.

Details of this woman’s life began emerging the morning of December 21, when she walked into the path of a vehicle on the highway and died.

It turned out that 32-year-old Angel, a Venezuelan migrant and single mother from the city of Cumana, was here in T&T alone, trying to earn enough to send home to two children, aged nine and eleven.

The Express reported then that she had travelled across the peninsula to the mainland’s Gulf of Paria coast and paid her way to Trinidad, following the uncounted thousands who had come to the island by boat, driven by hunger and hopelessness.

She found work, hawking vegetables for a vendor in Freeport, her salary paying for a bare apartment near the Solomon Hochoy Highway, the rest sent home to the children.

She was a ghost when she got here, undocumented and, like so many others, trying every day to earn money by whatever means —sales, skills, sex—while trying to avoid police attention, detention, and deportation.

Her lifeline came in May of 2019, when the State called on Venezuelans, here legally and illegally, to register for the card that would allow them to stay and work for a year, for at least the minimum wage.

Then the Covid-19 pandemic happened, and the lockdowns, regulations and restrictions in Trinidad and Tobago disproportionately affected the working class, and many of the lowest wage earners ended up jobless and desperate.

Angelys was among the migrants left on the fringes, people who could not leave, had nothing to go home to, and no opportunities here. The vendor could not afford to keep her.

Those who remember seeing Angelys in Freeport said she appeared to have mental health issues over the past few months, seen on the streets shabbily dressed, late into the night, blocking cars, and walking onto properties.

The police were called at least once and she was taken to the Couva Hospital, then transferred to the San Fernando Hospital.

Those holding registration cards are entitled to emergency medical services. A mental health evaluation is not considered an emergency. In any event, her torment would have been lost in translation.

The Express was told that she fled the hospital, and would stay at random places, just trying to stay alive.

The night before her death, she had stayed late at a back road “party”, then stumbled away, people in the area said. What she did in those final hours, however, no one could say.

The Express found her family in Cumana.

“Here she was very dear, because she was a very humble and hard-working girl. She helped those who needed….because she offered everything to those who didn’t have. Good sister, good daughter and good mother. Friend of the whole world,” her sister had communicated with the Express using an online translation tool.

“She had two children, one 11 and nine years old. Her life plans were to give them a decent home,” said her brother, who added he was told of what had happened to her in her final months in Trinidad.

“She was not working there because of the pandemic. And some evil men took away her desire to continue living. They kidnapped her, they mistreated her, they did much, much damage and then they left her abandoned and she went mad, on her way to places that led her to her death,” he said.

The Venezuelan migrants have divided locals, some who want them gone by any means, some who believe this is simply another wave of immigration, in a country of immigrants.

For Angelys, her body was destined for a “pauper’s grave” or incineration, as unclaimed corpses are.

But this was when attorney Gerald Ramdeen got involved in what is a mixed emotion issue.

“I read your story of Angelys and my heart broke. She was a young woman who left her homeland in search of a better life and found her death,” he told the Express last week.

“I could not comprehend the worry and torment that her family and children must have been experiencing. My intention was to find a way to get the body back to her family. I made enquiries of her family and persons who knew her in Trinidad and Tobago and eventually made contact with her family who reside in Cumana. I arranged for the post-mortem to be carried out and spoke to the police officers who were involved in the investigation of her death as well as officials of the Embassy of the Bolivarian Republic of Venezuela in exploring how the body could be sent back to the relatives. Time was of the essence as the body was in a state of decomposition. Covid-19 coupled with closed borders made transporting the body back to her family almost impossible despite all the efforts made.”

Ramdeen said he came from a very humble family. “My father left Trinidad as an immigrant to go to the United States to work to finance my education. I can’t imagine getting a telephone call saying anything had happened to him. I was taught that we should do unto others as you would have them do unto you. God forbid I were to have been in her family’s shoes I would want someone to do what I did for her for me. We are our brothers and sister’s keeper. We are here for only a short time passing through and when we see an opportunity to help we should embrace it. If we do this for one another, the world will be a better place.”

At the grave site on Saturday, there was no minister of religion. Angelys was Christian, said her friends. The Lord’s Prayer was recited and the Hail Mary said as she was interred.