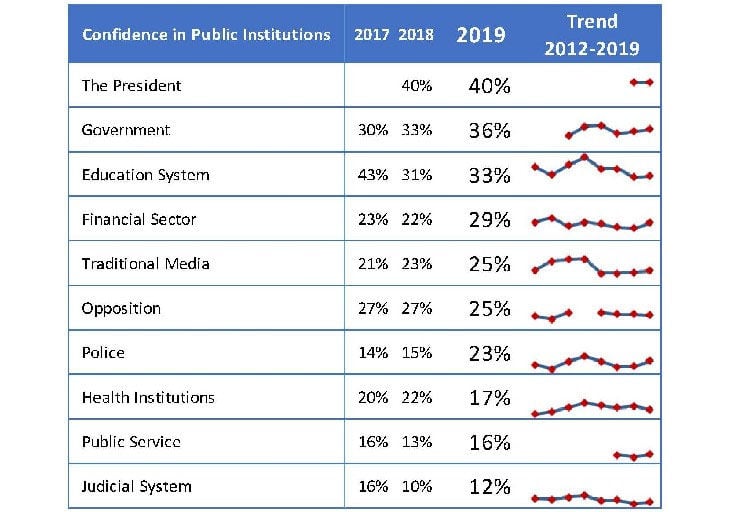 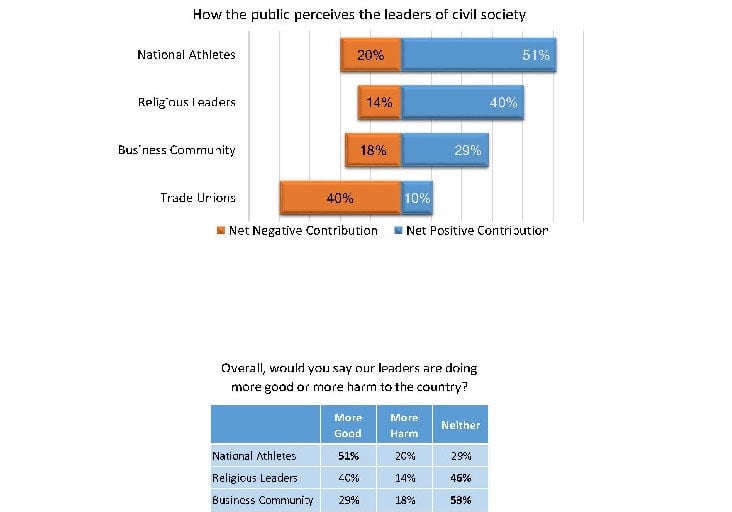 Citizens have come to trust the police more but have little faith in the country’s leaders. National athletes are a source of heroism to citizens while trade union leaders appear to have attracted the ire of the national population. According to the latest poll conducted by data analytics firm Solution by Simulation (SBS) half the population is unsure of their impact, and two in five actually think the country would be better off without trade unions.

The poll, which was commissioned by the Express on Government’s fourth anniversary, found that the Office of the President was the only institution which garners more trust than distrust, with 40 per cent expressing confidence and 35 per cent no confidence. President Paula-Mae Weekes assumed office on March 19, 2018