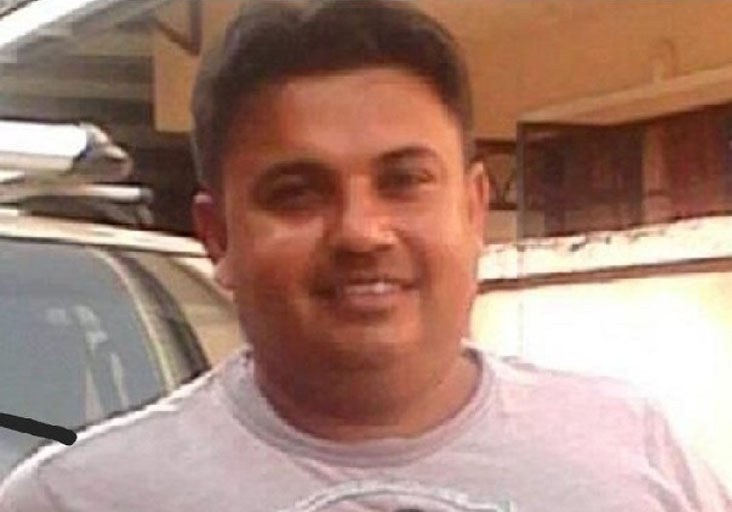 unsolved: Vijay Ramoutar was abducted from his home in 2017 and killed. 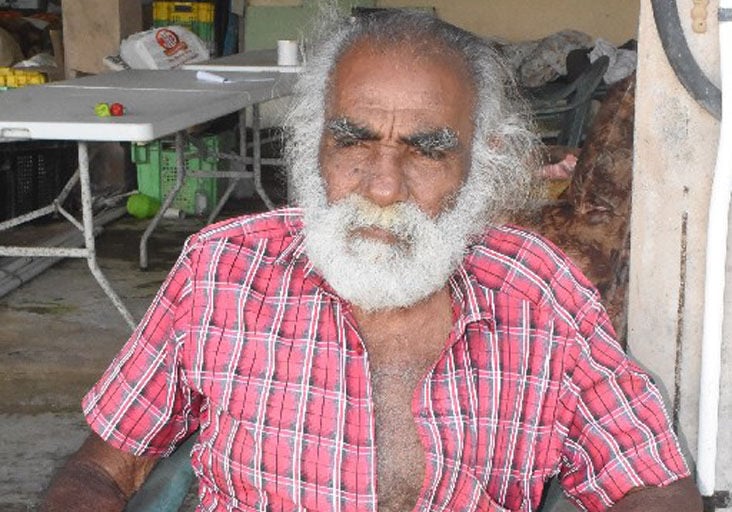 declining health: Ulasi Ramoutar, whose son was abducted and murdered in 2017, at his home in Palo Seco, yesterday. —Photo: TREVOR WATSON

unsolved: Vijay Ramoutar was abducted from his home in 2017 and killed.

declining health: Ulasi Ramoutar, whose son was abducted and murdered in 2017, at his home in Palo Seco, yesterday. —Photo: TREVOR WATSON

The death of a child is one of the most painful events that a parent can experience and is linked to traumatic grief reactions, says psychiatrist Dr Varma Deyalsingh.

This may have been the case with 74-year-old Ulasi Ramoutar, who lost his son back in 2017. The elderly man endured severe trauma that affected him phy­si­cally and mentally, rela­tives said. He now has little memory of the tra­ge­dy that changed his life.

The Ramoutars were simple people. There were five siblings. The boys continued the family’s trade of planting the fields and selling produce at the Penal market.

Vijay Ramoutar was passionate about farming and took charge of the business his now elderly father had started. He studied agriculture and later found innova­tive ways to keep the business thriving. He was revered by his older brothers. And then it ended.

Ramoutar, who lived and cared for his grandmother in Dookie Street, Penal, was abducted from his home. His disappearance shattered the family as the 41-year-old man had never complained of fear for his safety.

“He was a happy per­son. We would work together and he never had any problems with anyone. He would tell us if someone had threatened him or if he was afraid,” his brother Steve Ramoutar said.

Police believe Ram­outar was taken away in his gold Nissan Navara pick-up, which was never found.

Back in May 2017, the 91-year-old grandmother told police she spoke to Ramoutar and went to bed. She heard nothing in the night and he was not there the next morning.

Ramoutar did not meet his brother in the garden as planned and calls to his cellphone went unanswered. His father and brothers live in Palo Seco.

Relatives went to the house and found the burglar-proofing to his room had been prised open. Ramoutar’s cellphone and laptop computer were missing. A report was filed at the Penal Police Station. But the family did not wait for police to act.

Ramoutar’s sister Leena printed flyers and distributed them throughout the country.

His father manda­ted his other sons to form a search party and set out to find him. The Anti-­Kidnapping Squad was called in and efforts were made to trace Ramou­tar’s cellphone. But that, too, hit a dead end.

His brother said: “When we hear of bodies being found, we would go to the mortua­ry to see if it was him. But it was not.”

Three weeks later, a badly decomposed corpse was found in the bushes off Murray Trace in Siparia. Ramoutar’s relatives travelled to the Forensic Science Centre in Federation Park to view the remains.

“I could not identify him. The body was too decomposed. So they told us we can give DNA samples and test it to see if it is him. I did that,” the brother said. The pain the family endured for the next six months was unbearable, especially for his father, Steve Ramoutar said.

“We would call the police every week asking if the results came back. In the meantime, we would still search for him and pray that we would get a call from him saying he was okay. It was torture.

“Every time the phone rings, we would be afraid to answer. My fa­ther lost his mind. He sat on that chair and wait­ed for six months. His health declined and now he is a fragment of what he was before,” he said.

In December that year, the telephone call came. The DNA samples were a match. An autopsy found his throat had been slit, he had been doused with acid and his body burnt.

The family wanted closure and planned a funeral service for the next week. The body was to be cremated at the Shore of Peace at Mosquito Creek, but when the family arrived with the funeral home to receive the body, it could not be found.

“So we planned the funeral and the day before we go for the body and it is not there. Nobody could say where the body went. We had to leave without the bo­dy and cancel the fune­ral. The next day, they called to say they found it,” the brother said.

Steve Ramoutar said his father no longer remembers the tragedy. “He is senile and we know it was caused by my brother’s death. It was like watching my father suffer a long, painful death before our eyes,” he said.

Sumintra Ramou­tar, the murdered man’s grandmother, died a year later. “She really take it on. She was very worried and we had to move her out of the house. He took care of her and she missed him. But the sad part is that she died without knowing why her grandson was killed,” Steve Ramoutar said.

The Ramoutars have no clue why anyone would want to kill their bro­ther. He was a good man who worked hard, they said. No one has been arrested for the mur­der and police have no leads and cannot say where the investigation has reached.

The relatives said they were not satisfied with the police’s response.

“No one called after the funeral to say if they have any leads or anything. So we lost our brother and no one seems to care. The case was never solved and we cannot just accept that,” his brother said.

Acting Police Commissioner McDonald Jacob has been given notice by leader of The First Wave Movement, Umar Abdullah, that there will be two more “peaceful” marches this month.

It comes on the heels of Abdullah being charged on Monday for leading a march around the Queen’s Park Savannah without permission from the acting police commissioner.

Tourism stakeholders in Tobago are calling for beaches to be opened longer than up to 2 p.m.

Visitors from the UK are also calling for the beaches to be opened longer.

UK citizen Simon Laidler, who told the Express he was surprised by the beach restrictions, arrived on the recent British Airways flight that landed at the ANR Robinson International Airport.

Probe use of tear gas

Opposition Leader Kamla Persad-Bissessar has called for a probe into the use of tear gas by the police on protesters as well as the Prime Minister’s confession that he breached the law when he drank alcohol in public.

Minister: Over 120 have breached quarantine orders

UP to January 17, 2022, a total of 121 Covid-19-positive people had breached their home quarantine orders, and were reported to the Ministry of Health.

Disclosing the figure in the Senate yesterday, Health Minister Terrence Deyalsingh did not say how many quarantine-breakers were charged, but added that “the requisite action was taken by the Trinidad and Tobago Police Service”.

The Division said in a statement on Monday that B.Yisrael met with stakeholders via a closed virtual meeting to discuss Tobago’s way forward in managing the spread of the virus.