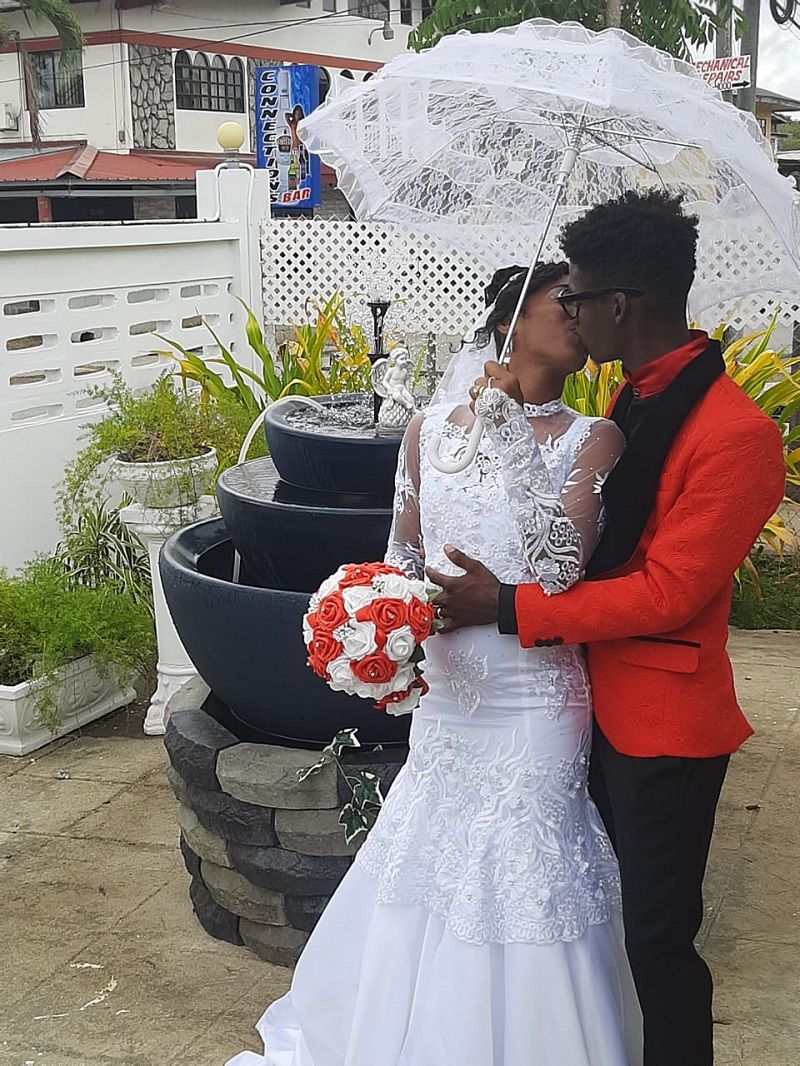 Vibert Campbell share a kiss with his new bribe Adama Gregoire-Campbell. The couple exchange wedding vows in front of family members at a small ceremony on Saturday. 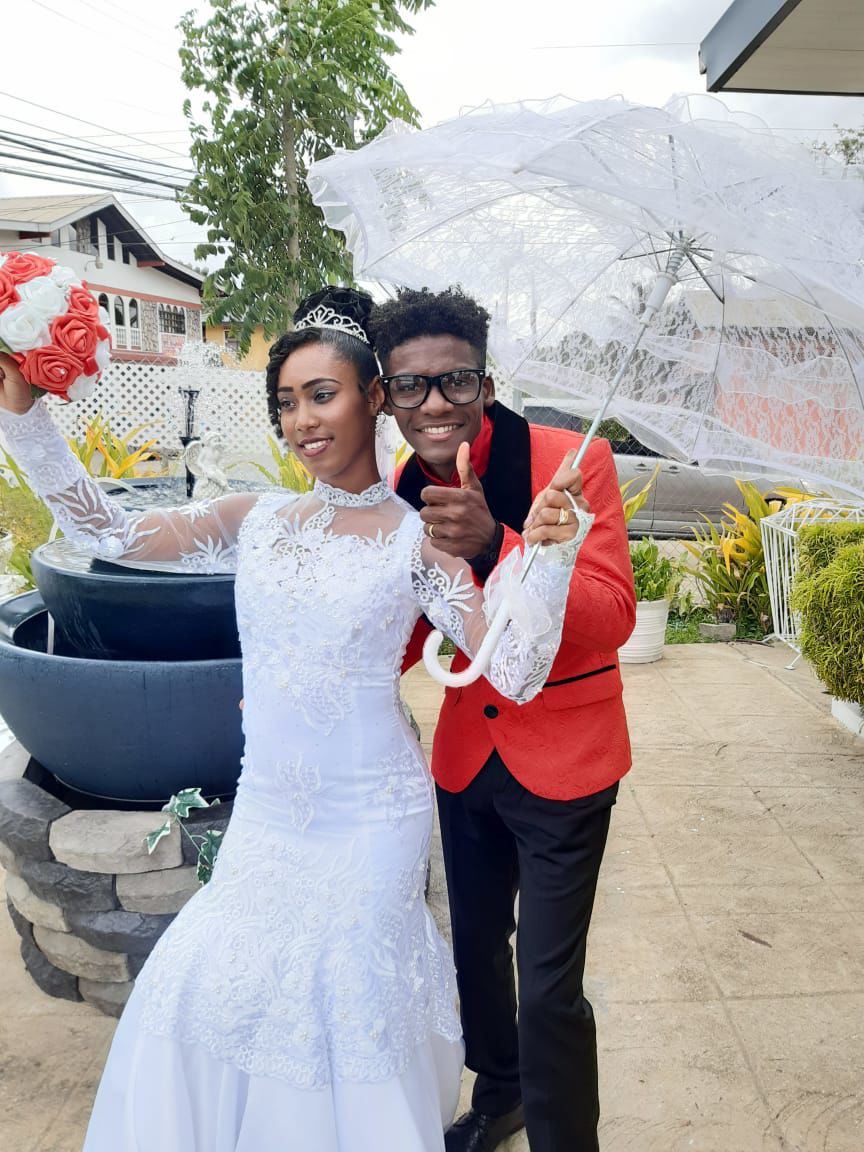 Newlyweds Vibert and Adama Gregoire- Campbell strike a pose for posterity following their exchange of wedding vows on Saturday.

Vibert Campbell share a kiss with his new bribe Adama Gregoire-Campbell. The couple exchange wedding vows in front of family members at a small ceremony on Saturday.

Newlyweds Vibert and Adama Gregoire- Campbell strike a pose for posterity following their exchange of wedding vows on Saturday.

Vibert Campbell and his new wife, Adama Gregoire-Campbell, say despite the coronavirus, their love conquered all.

The Central couple said they were not prepared to put their love on hold even through a global pandemic.

Trinidad and Tobago had its first coronavirus case more than two weeks ago, the number has risen to 85 and has resulted in three deaths.

The Campbells say while the coronavirus is a serious issue affecting hundreds of thousands of people worldwide, they believe God has his hand in everything, and what might seem as harm would be turned around for good.

The two love-birds tied the knot on March 28 at a small church in Chaguanas.

The intimate ceremony, which only had ten people in attendance, was officiated by Pastor Lewis Lendor.

FIRST DANCE: Vibert Campbell and his wife Adama Gregoire-Campbell got married on Saturday 28, March at Family and Fellowship Ministries in Chaguanas. The couple danced to Michael Jackson's hit song, Billie Jean, shortly after tying the knot following their wedding ceremony. The couple only had ten guests in attendance as a result of the social distancing regulating meant to help combat the spread of the Covid-19 coronavirus. Let's wish the newlyweds congratulations.💍 👰💒

In a telephone interview with the Express on Monday, Vibert said: “My wife and I had already picked out the date months before. This was not done because of the coronavirus. We understood the restrictions, but everything worked in our favour because we always wanted a small wedding.

“It was indeed amazing because we were able to do this before the country went into the 14-day lockdown.”

He said: “For me, it was love at first sight. I had planned to meet a friend at C3 Centre, but I missed my turn off and ended up at South Park. I cancelled my meeting with my friend and decided to stay in South Park.”

Campbell says he decided to rest his legs, and the only seat that was available was next to Adama.

He said: “I did not say anything to her then, and we went our respective ways. Later that night, I ran into her. I introduced myself and we began talking and the rest is history.”

Adama says while she found him attractive, she did not mind playing hard to get.

She laughed, and said: “I found him cute, but I did not like him right away. As we started to get to know each other we just seemed to click.”

While some people might find their courtship was brief before their nuptials, Vibert said: “I don’t believe in ‘shacking up’. I believe in marriage and doing the honourable thing. I knew she was the one for me.”

According to Vibert, they adhered to all the restrictions set by the Government, and only had their parents, and a few relatives in attendance for the ceremony.

He said while the coronavirus did put some limitations on the number of people in attendance, it did not diminish the significance of their union.

Vibert added: “We kept the number at ten. Unfortunately, my wife’s mom could not be in attendance due to health complications.

“In life, it is important to reflect and really think about what truly matters to you.

“We always wanted a small wedding. There are times people would come to these events and don’t even appreciate you.

“We wanted a wedding with people who would genuinely celebrate with us. For us, it was not about spending a lot of money, but for everyone to be happy for us and celebrate in our love.”

Campbell works as an electrician along with his brothers and father. His wife is finishing up her studies at a school in South Trinidad. She aspires to be an accountant.

The couple posted a video of themselves on Facebook dancing to Michael Jackson’s “Billie Jean”.

The video has garnered almost 150 shares and nearly 400 comments congratulating them on their nuptials.

Newlyweds Vibert Campbell and his wife Adama have much to celebrate.

AT Happy Hill, San Juan, on Sunday, police recovered a silver Nissan Tiida that was stolen a…

Venezuelans wanted by the Couva police

IF you have seen these two Venezuelan men, contact the police immediately.