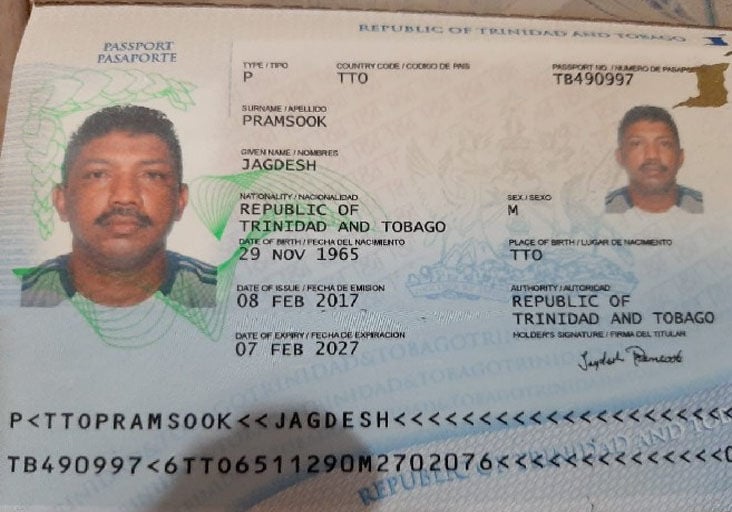 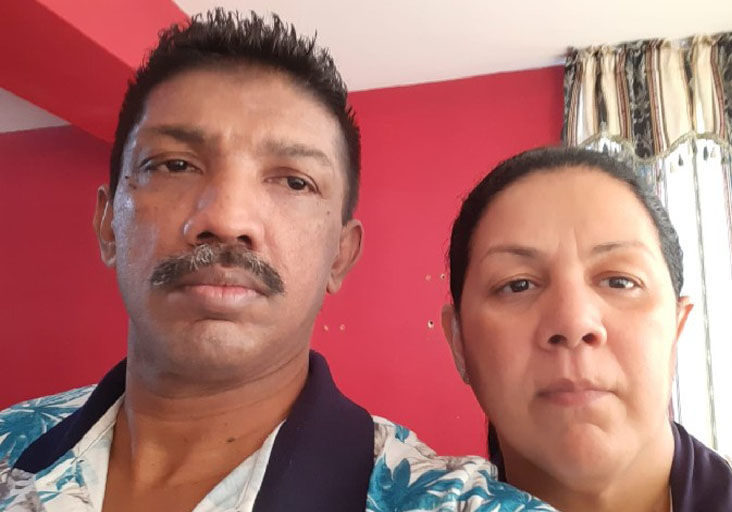 Jagdesh Pramsook, the man who says he is trapped on Margarita Island, Venezuela, with a group of Trinidadian tourists admitted yesterday to being a resident of that country.

He has been married to a Venezuelan national for almost 29 years.

He is, however, seeking the assistance of the Trinidad and Tobago Government to return to his homeland.

Pramsook said he arrived in Margarita on March 8 to visit his wife. He was expected to return to Trini­dad on Monday, but the country’s borders were closed to international flights at midnight on Sunday.

National Security Minister Stuart Young said at a news conference at the Ministry of Health’s Port of Spain office the restrictions also applied to nationals abroad, to stem the spread of the coronavirus disease COVID-19.

Waving Pramsook’s Venezuelan resident document, Young said Pramsook was a Venezuelan resi­dent and was using the media to “sell a story as to why he should be allowed in”.

Young cautioned the media and citizens, saying the public should be careful with information being spread by nationals claiming to be “stranded” in ­other countries.

In an immediate response, Pramsook said, “Yes, but I am a national of Trinidad and Tobago.”

Pramsook said he was diabetic and required medication. “I had my right toe amputated on January 28 at Mt Hope. I am still recovering so I decided to visit my wife. We have been married for 29 years,” he said.

Pramsook said he did not have enough money to remain in Margarita, and was pleading with the authorities to bring him home.

He said he was staying with friends in Porlamar, Margarita. He said the water supply on the island had been restricted and can only leave the house wearing masks and gloves.

35 'rejected' Trinis taken in by Barbados

Govt not budging on stranded Trinis

‘Ports to stay closed: no exceptions’

No amount of begging will cause the Government to re-open the borders at this time.

The airport and sea ports will remain closed and no ­exceptions will be made because the priority is the protection of the people within the country from the killer COVID-19 virus.

In response to the directives of the Chairman of the National Security Council (NSC), Prime …

As of Thursday afternoon, the Health Ministry reports the following:

As of midnight Sunday, Trinidad and Tobago will enter a new level in its fight to slow the s…