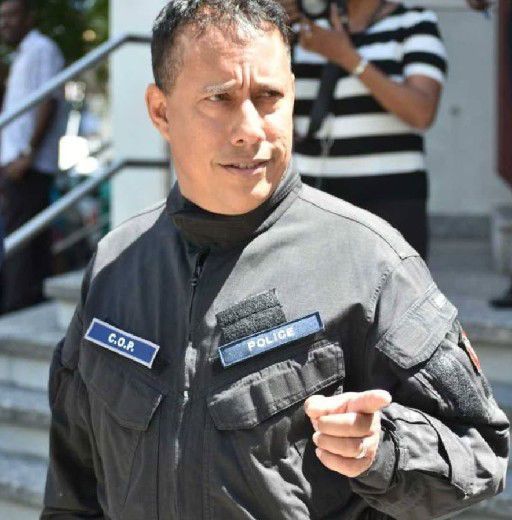 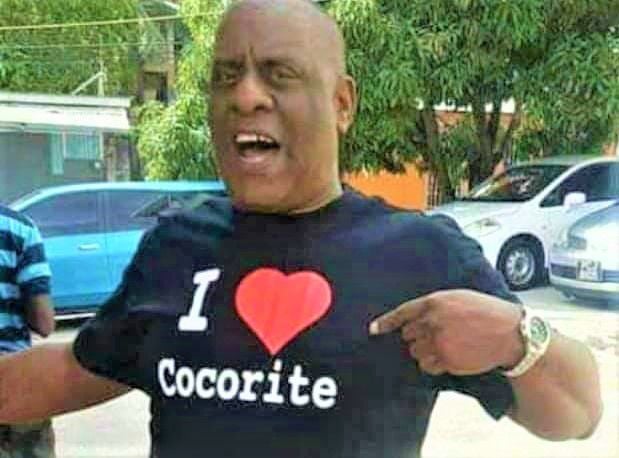 Fearful for his life and that of his wife and children, Cocorite resident Cecil Skeete, aka Squeeze, visited the Professional Standards Bureau (PSB) on December 5 where he told police he was forced to recant his claims that he was threatened with a gun to his head and physically assaulted by Commissioner of Police Gary Griffith.

Skeete, 50, had been in communication with officers of the PSB since July 2019 following an alleged incident between him and Griffith which was recorded in the Four Roads Police Station Diary.

Following that incident, two separate entries were made by Sgt Hannibal (Ag) and Cpl Mohammed (AG) of the Four Roads Police Station on June 21 and 23, 2019, respectively, following which officers of the PSB commenced an investigation.

The PSB also sought an interview with Skeete shortly after copies of a sworn affidavit appeared in the media. In that four-page sworn affidavit signed on November 26 and stamped by Commissioner of Affidavits Cindy Sinanan, Skeete stated although Griffith thumped a desk at the Four Roads Police Station in June, at no time did Griffith touch him.

When Skeete visited the PSB on December 5, the Express understands he was trying to access protection for his family and himself via the Witness Protection Programme and had indicated his willingness to again swear an affidavit detailing his communications with Griffith. The Express understands that Skeete communicated with PSB officers via text and WhatsApp in early December, where one officer indicated to Skeete that a senior police officer had found out about the investigation and officers from the PSB who were involved in Skeete’s investigation were to be transferred.

(The police last communicated with Skeete on Sunday morning hours before he was killed when he was asked by an officer for his attorney’s number.)

Upon entering PSB’s Henry Street, Port of Spain office on December 5, Skeete spoke to Sgt Modeste (AG), indicating he was forced to recant his claims that he was threatened and physically assaulted by Griffith since he feared for the life of his children and wife.

According to Station Diary Day Duty—12969 Sgt Modeste reported that, “around midday on the 27/11/19, he was summoned to the office of ag Snr Supt Samaroo at the Professional Standards Bureau Building, Port of Spain, where ag Snr Supt Samaroo handed to him a two-page computer generated print with the heading Trinidad and Tobago Guardian and the date Wednesday, November 27, 2019 and gave him instructions to continue into allegations within the said print.

“A/Sgt Modeste reported having read the print and observed that same contained an allegation made by one Cecil Junior Skeete against Commissioner of Police Gary Griffith relative to an assault and threats. Ag Sgt Modeste further reported having made contact with one Cecil Skeete and around 12.30 p.m. today 5/12/19, met a man of African decent, grey beard, greying low hair, about 5’9’ medium build, who gave his name as Cecil Junior Skeete alias “Squeeze” of 289 LP Freedom Street, Henderson Lands, Cocorite.

“Sgt Modeste further reported having a conversation with Cecil Junior Skeete and read aloud the contents of two (2) pages printed dated 27/11/19 and showed same to him and Cecil reported to Ag/Sgt Modeste that the news article was not true and that the boss called him to do the Affidavit and he had to do it to protect his wife and children as his wife works HDC and August 2019, police shoot and killed his older son”.

(According to a Newsday report dated November 27, Griffith was asked by Newsday reporter Jensen La Vende if “he had bribed, threatened or otherwise induced Skeete to make the declaration, Griffith became angry and said it was ‘a stupid question’ before hanging up the phone. He later accused this reporter of being part of the media team conspiring against him before blocking this reporter on WhatsApp”.)

The entry continues, “Cecil also stated that in June 2019 he was in custody in the Four Roads Police Station, after he went into the St James Police Station with a Mesch Farrell and a woman police whom he knows as Gibson, aka Wonder Woman, after WPC Gibson met him and told him that Snr Supt Pragg wanted to talk to him about the gang activities in the area and to assist the police in bringing peace in the area. Whilst at the St James Police, he spoke with four men who indicated they were the Snr Supt, Supt, ASP and Insp where they questioned him after which he was informed by Snr Supt Mr Pragg that he would be taken into custody as Commissioner of Police Gary Griffith wanted to see him.

Additionally, Modeste noted in the PSB station diary, “Skeete also reported that after Commissioner of Police Gary Griffith had finished with him, he was returned to his cell. Skeete also reported that a couple of days after whilst still in custody,he was taken out of the cells where he again met Commissioner of Police Gary Griffith and another police who took him into another room in the Four Roads Police Station, where Gary Griffith told him that he has information that he, Skeete reported him and if he, Skeete, is pursuing the matter he will instruct the police to release him and he will annihilate him or send someone to do it.

“However, he was uncomfortable with that . He and Gary Griffith then made arrangements to meet at St James Police (station)...He further reported that he agreed to this fearing for his and his family safety and sometime after he went to the St James Police where he met a police man in khaki uniform whom he had first met at the St James Police Station when he first went in June 2019. Skeete also reported that the police in khaki wrote a statement for him but he Skeete did not tell the police what to write and when the statement was finished, the police asked him to sign the statement... Ag/Sgt Modeste reported having received a statement from Skeete, however, he refused stating he was afraid of the incident and that he would make available a copy of the statement that he signed at the St James Station. Cecil Junior Skeete left office after exchanging the personal telephone contact with Ag/Sgt Modeste and making arrangements to collect the affidavit from his attorney and providing a copy to the police.

The Express learnt that upon hearing of the investigation, a senior police officer called Snr Supt Samaroo of the PSB on numerous occasions during November and December demanding to know why he (Griffith) and the allegations made by Skeete were being investigated and threatened to transfer and “close down PSB”.

Following this, head of the PSB ACP (ag) Totaram Dookhie was transferred to the Southern Division. However, this was rescinded and Dookhie was last Friday told to proceed on immediate vacation leave which he had accumulated.

Dookhie was also ordered to hand over all files dealing with high profile investigations inclusive of political figures—(both government and opposition) and police officers. Some of the files were near completion and awaiting direction from the Office of the Director of Public Prosecutions, the Express learnt.

Additionally Modeste and four constables were also transferred from the PSB.

The Express learnt that Skeete’s investigative file was handed over to Deputy Commissioner of Police Harold Phillip on December 19.

PCA: Arrangements made to interview Skeete

Asked whether he had recused himself, West said, “No, not recused. We have a case management system where every quarter a certain team has the files for police-involved shootings and that quarter goes to the deputy director.”

Deputy director Michelle Solomon-Baksh, in an interview with the Express yesterday morning, confirmed she has taken charge of the matter.

Asked whether the shooting death of Skeete means the investigation is closed, Solomon-Baksh said, “I am not closing my investigation.”

Also asked to comment on investigators at PCA requesting a meeting with Skeete to interview him, Solomon-Baksh said, “Arrangements were in fact made for him to come in and he did in fact agree to come in.”

The body of a man was found in La Horquetta on Saturday morning.