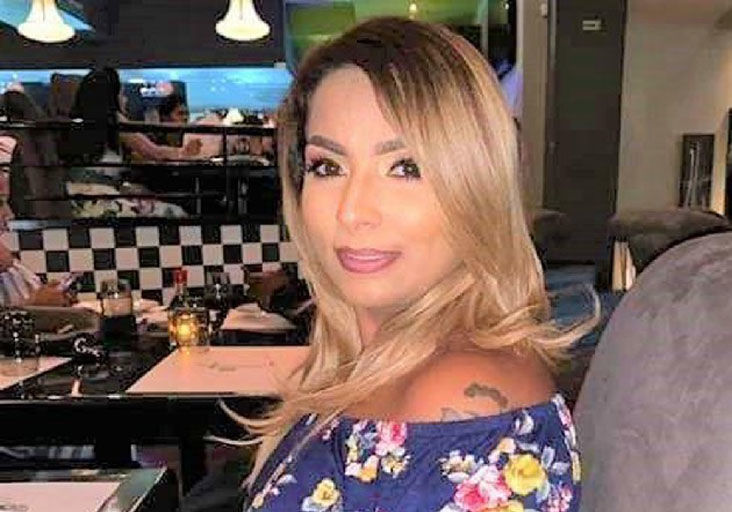 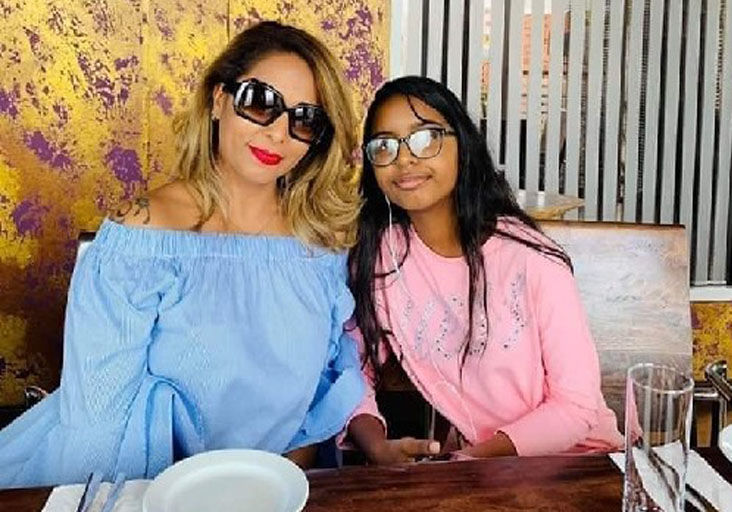 WHY was Alana Bella Mohammed killed?

This is the question both police and relatives of the 38-year-old mother of two were asking after Mohammed was fatally shot outside her home at Dass Trace, Branch Road, Enterprise, yesterday.

Her 13-year-old daughter, ­Tihira Mohammed, a ­pupil of Lakshmi Girls’ Hindu College in St Augustine, was also shot in the incident.

Up to last night the teenager was ­hospitalised, in serious condition, at Eric Williams Medical Sciences Complex, Mt Hope, with an abdominal gunshot injury.

The Express was told that around 6.20 a.m. yesterday, the mother and daughter were in their Toyota Corolla, reversing out of their driveway, when gunmen pulled up and began firing.

A white Nissan Tiida car was seen speeding out of the street seconds later.

Mohammed died at the scene.

Her daughter was taken to the Chaguanas District Health Facility by her father, who operates a used car business.

The girl was transferred to the Mt Hope hospital, where she ­underwent emergency surgery.

Mohammed’s sister is a police officer with the Inter Agency Task Force.

Crime scene investigators ­recovered 12 spent shells at the scene, the Express was told.

Why did this happen?

Mohammed’s mother, Kalima Khan, broke down in tears as she spoke to reporters at the family’s home yesterday.

She said she could not understand why anyone would want her daughter dead.

“Everything happened in such a rush, I didn’t even finish dress. As I got the call this happened, I came outside. I’m just confused right now. I don’t know how else to describe it. I’m just confused,” Khan said.

She said her daughter was a housewife who lived to take care of her family.

“She’s just one of the sweetest persons you would ever meet. She was a good person. Always smiling and laughing, and loved to talk to people. Just a very nice person. I don’t know how better to describe it. This is why this whole thing is such a mystery to us,” Khan said.

Khan also dismissed any suggestions a relative might be ­connected to Mohammed’s ­murder.

“I don’t even know what ­rumours are spreading now after this,” she said.

Khan also said her granddaughter’s father was at the Mt Hope hospital yesterday.

“Right now he is broken up with his daughter at the hospital. Praying harder than all of us for her to pull through,” Khan said.

She said the last time she spoke to her daughter was on the phone around 1 a.m. yesterday.

The two talked for some time and Mohammed sent photos to her mother from a vacation in ­another country.

The murder toll for the year so far stood at 71 last night.

A woman and her 14-year-old daughter were shot outside their home at Enterprise, Chaguanas o…

Another killing in Arima

Arima has recorded another murder.

WITH her daughter still at hospital nursing gunshot wounds, the funeral of Chaguanas mother Alana Mohammed is on hold.

A Siparia mother was found chopped to death in the yard of her home on Friday.

Basdeo Panday's replacement has been replaced

Ramona Ramdial, the woman who replaced Basdeo Panday in Couva North in 2010, said goodbye to…

Dance hall artiste Kyle Roberts, who went by the name Rebel Sixx, has been murdered.

A man of many trades gunned down in Pleasantville