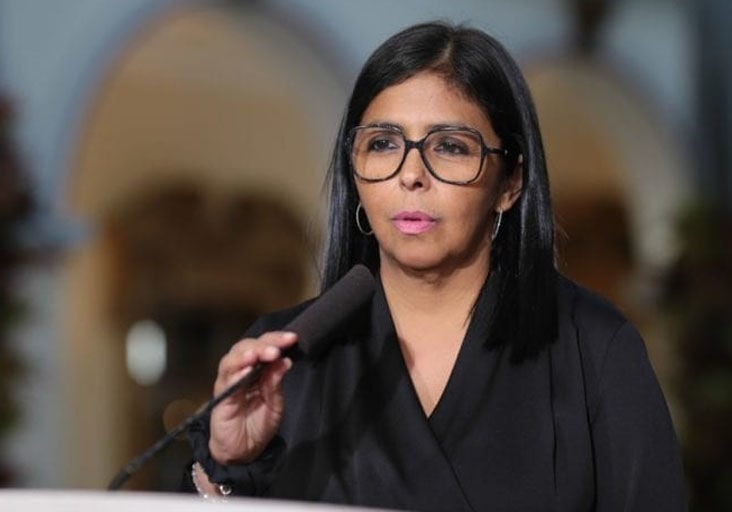 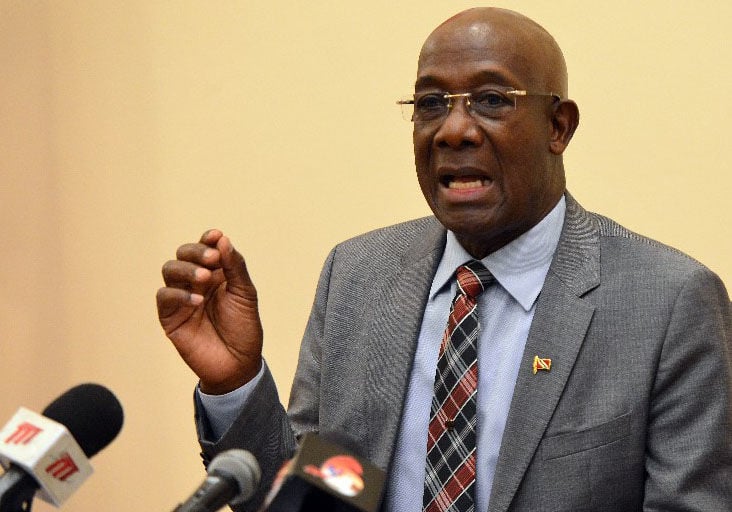 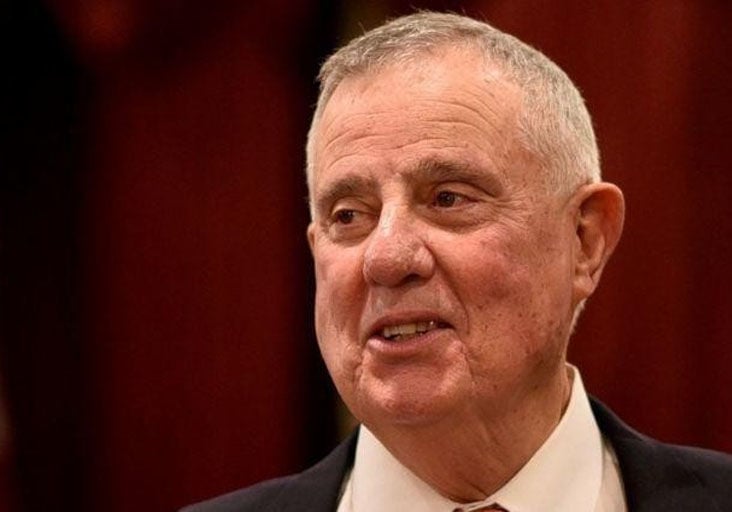 National Security Minister Stuart Young has landed himself in an oily mess.

This after United States Ambassador to Trinidad and Tobago Joseph Mondello yesterday broke his silence on the controversial March 27 visit of Venezuelan Vice-President Delcy Rodriguez to Trinidad, disclosing he had expressed concern to Young about this in relation to T&T’s violation of the Rio Treaty.

The ambassador’s statement contradicts what was said by Young on two occasions.

In a release from the US Embassy in Port of Spain yesterday, Ambassador Mondello said:

“Normally I do not comment on private conversations with host government officials. Since the Government has spoken publicly about my May 6 conversation with Minister Young, though, I wish to affirm that I expressed concern to the Minister in that conversation about the consistency of Delcy Rodriguez’s visit to Port of Spain with Trinidad and Tobago’s obligations as a party to the Rio Treaty.

“Article 20 of the Rio Treaty makes it unambiguous­ly clear that all measures imposed by the Organ of Consultation—like the travel restrictions on Ms Rodriguez —are binding on all treaty parties, whether or not they voted in favour of such mea­sures.”

US a strong ally

Following the ambassador’s May 6 conversation with Young, the minister, in the Senate on May 13, said outright that the Rio Treaty was never raised by the ambassador.

Young was responding to a question from Opposition Senator Wade Mark about whether Government knew of the position of the US regarding T&T’s alleged violation of the Rio Treaty.

Young responded that T&T’s relationship with the US continues to be a strong one and is grounded in the principle that the US is one of this country’s most important allies.

He went on to say specifically that Mondello never spoke about the Rio Treaty.

“In fact, I just left a security briefing where we were discussing the recent drug find of $663 million that was a partnership between Trinidad and Tobago and the Uni­ted States.

“The mischief that is continuing by certain persons in T&T which started with fuel supply, and when that was explained, then (moved to) talking about a plane and a manifest of a plane, and now this (Rio Treaty).

“I just want to put it on record that the US continues to be one of our strongest allies; we continue to have open channels of communication with them, and furthermore, I lay this caution that all they seem to be relying on here, with respect to the treaty, may not in fact be as they believe it to be....

“In fact, last week, the US government’s head and top diplomat in T&T, its ambassador (Joseph Mondello)—not any underling who may or may not be speaking to the media—had a conversation with me as a representative at the Cabinet level of the Government, and there were other conversations had and there was no raising of the breach of any treaty. All that they seem to anchor their mischief in may not be exactly what they believe it to be,” said Young.

A couple days prior to this, on Monday, May 11, at the Health Ministry’s virtual news conference on Co­vid-­­­­­19 Young again spoke about his conversation with the ambassador, but never disclosed Mondello had raised concern about Rodriguez’s visit.

He slammed the Opposition for creating mischief, saying he was in constant conversation “with our friends in the United States”.

“I had a personal conversation with Ambassador Mondello last week at his request; we continue to have that very clear, transparent candour, conversation and communication with our allies in the United States, and this Government intends to keep that going despite those who are attempting to create mischief and misinform you, the public of Trinidad and Tobago,” he said.

He disclosed further he had spoken to Mondello about the gasoline shipment to Aruba from Paria Tra­ding.

At this news conference, the minister revealed there was a clause in the contract between the Paria Fuel Tra­ding Company and ES Euro Shipping SA for 150,000 barrels of fuel, which said it must not go to a sanctioned country.

Young had also said there is no record of what was discussed at the meeting between Rodriguez and Prime Minister Dr Keith Rowley as minutes were not recorded nor photographs taken. He said there was no preset agenda and they did not know who would be accompanying Rodriguez to the meeting.

Young also said he did not know what aircraft the Venezuelan delegation was using. Following this, the exemption letter giving permission for the delegation to enter, which contained the names as well as the flight number and type of aircraft, was disclosed by Opposition Leader Kamla Persad-Bissessar on May 8, but the minister maintained he did not know.

Persad-Bissessar shared the flight manifest detailing the names of the delegation, which included Asdrubal Chavez, who was promoted to PDVSA president a month after visiting Trinidad with Rodriguez.

Persad-Bissessar had no­ted Rodriguez is sanctioned, as well as the PDVSA aircraft they flew in on at Piarco.

The Prime Minister immediately called a news conference at the Red House where he called Persad-Bissessar a “traitor”.

Rowley however disclosed then that Young and Mondello had a conversation.

He said “open source” means it was seen in the newspapers.

Rowley said T&T holds onto the rules-based diplomacy of the United Nations charter.

He also took issue with Persad-Bissessar saying international law was broken by allowing the Rodriguez delegation and the aircraft to enter this country.

The Prime Minister also said he did not know the type of aircraft and the members of the delegation.

He said the Government discovered subsequent to the meeting with the Venezuelan VP that one of the members of the delegation at the meeting, held at the Diplomatic Centre, was Chavez.

“I know nothing, nor did anybody in my delegation know anything about any particular aircraft. We are now discovering this today by the great amount of work done by the Opposition, which is trying to fuel American anger; we are discovering that the aircraft is a PDVSA aircraft which was sanctioned by the United States,” Rowley said.

PM in his garden

The discussions between this country’s prime minister and the US ambassador are troubling. It would appear that our Government approached the matter as a supplicant, asking for forgiveness for having done some wrong. It would be interesting to find out where the discussions were held.

'T&T NOT BOUND BY RIO TREATY'