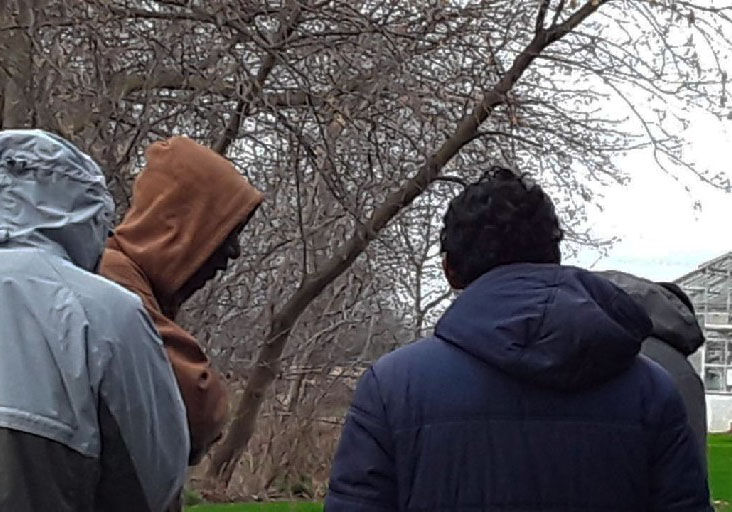 OUT OF WORK: Trinidadian farm workers at Schenck Farms in Canada outside of their quarters. 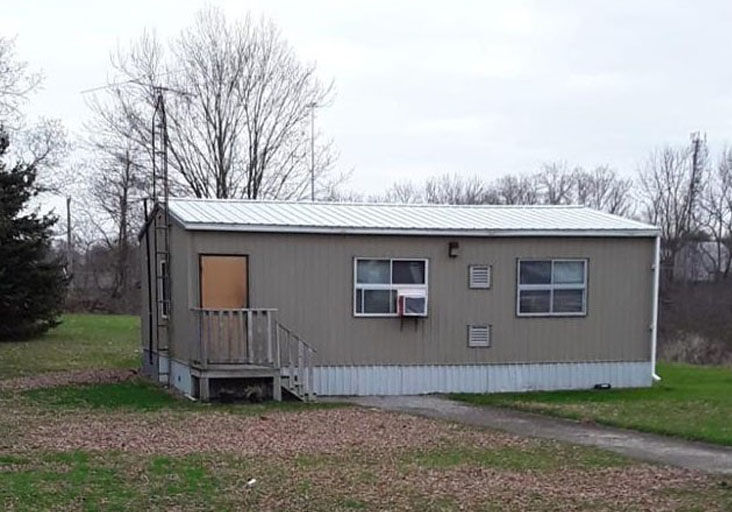 NO PLACE TO STAY: Dormitory housing in St Catharines, Canada.

OUT OF WORK: Trinidadian farm workers at Schenck Farms in Canada outside of their quarters.

NO PLACE TO STAY: Dormitory housing in St Catharines, Canada.

According to a group of seven anonymous workers at Schenk Farms in St Catharines, who contacted the Express on Tuesday, labourers at these farms have been out of work since the expiration of contracts in mid-July.

Despite applying for exemptions to return home, they have been left to live off what was left of their salaries, and have been skipping meals to survive while housed within the farm quarters.

“We are not living out here properly. Requests have been sent since July and so far we are in limbo. It is not just us, there are workers in other farms. They are saying since the country is not opening the borders for us to come home they need to get us off the farm,” said one worker. “We are the guys who came up here before the pandemic. We were not a part of the other group that wanted to come here earlier this year but they are blaming us all. If we didn’t hold back a little bit of money, we would have nothing to eat, I eat once or twice a day to conserve food.”

They said the upcoming harsh weather coupled with financial insecurity has brought them to a place of frustration, as the farm owners threaten removal and replacement.

At Schenck, the Express was told that workers were being offered a two-year contract set to begin in January 2021, which some reluctantly took. Those who are holding onto the hope of return were told in a recent meeting with the employer that the farm can no longer take the responsibility for stranded workers.

Those affected fear that they may be out in the streets before the end of the year.

“Right now, I am living off less than Can$100. The situation for most of us here is that we work and send money home to our families. That is how we make a living, so we were here without security and the boss held a meeting basically to tell us that the farm is incurring losses. Pretty soon we may not even have housing here because they need the housing to find replacement workers from Jamaica,” said a worker.

Following contract workers’ attempts earlier this year to return to Canada amid the pandemic, stranded workers who were on site before the border lockdown say they have fallen victim to harsh criticism from T&T citizens and the Government.

“If you look at social media you will see Trinidadians saying we wanted to leave and why we should want to come home now. What they don’t understand is we were here before this entire thing happened. Personally, if I were home, I would not have left in a pandemic to come here,” said the worker.

“What people are not seeing is how frustrating it is for us when our Government refuses to acknowledge us and groups us in with other workers who are not dealing with the same issues. Our farm liaison keeps saying that he is trying and trying to get some cohesive response for our exemptions but there is not a single word.”

“Please help us, please we just want to come home,” he said.

Workers named at least four farms where similar challenges were being faced by Trinidadians.

On the Van Brenk Fruit Farm, there are three men in the same position and four at Lakely Farms in St Catharines.

The Express was also told of six female Trinidadian workers who were placed in a hotel after the expiration of their contracts on a farm in Alberta along with several others on larger farms.

At Manitree Fruit Farms, a group of eight workers who received exemptions to depart Trinidad and Tobago contacted the Express.

Anthony Weston, a worker who left the country in June, said despite the negative reactions to workers leaving during the pandemic, the action was a necessary one.

“I have been doing this for 30 years, this is how I make a living. Many of us decided to take the risk and come here because of the financial reality of this situation. We are at home looking left and right and support was coming from nowhere so we decided to take the chance,” he said.

While all eight men are facing the same circumstances as workers who arrived in Canada before the pandemic, he said public scrutiny has been unfairly exacted to those who left after the border closure.

“When we come up here, we gain skills and knowledge that we simply cannot use at home because there are no resources. So how are we supposed to make a living? The question now is why the Government, which is part of the programme through the Ministry of Labour, now ignoring us and refusing to grant us exemptions when they have put all agricultural workers, regardless of where they work, on the backburner,” he said.

“I just don’t know what to do, we came here to make a living for our families. The place is getting cold now, what are we supposed to do? It is not like we could have stayed at home and starved,” said another.

Speaking at a news conference on November 7, National Security Minister Stuart Young said the vast majority of stranded nationals were so far cleared by the Government.

“We believe we have cleared the vast majority of persons who were stuck outside when the borders were closed. We will continue to have our prioritisation and our policy as to how we repatriate persons,” he said.

Specifically addressing persons who left and are seeking to return, such as the T&T contract workers at Manitree Farm, Young said the ministry was pushing against this policy.

“Those categories now are those persons who, I don’t know how to put it, jump on those flights to leave and expect to again immediately turn around when they finish their business outside. They are sometimes demanding to jump the queue to get back into Trinidad ahead of those who are stuck outside. That is something our policy has been fighting against because we have always prioritised those who are stuck outside our borders,” said the minister.

Contacted last week to ask if the plight of these workers has been acknowledged, there was no response from the Ministry of National Security.

“It was an absolute miracle that no innocent people were injured or killed.”

These were the words of a senior officer when speaking to the Express yesterday following a confrontation between two men and an off-duty police officer on Wednesday night along the Lady Chancellor Road in Port of Spain.

The two men were killed by the cop in this incident, while a third suspect is in police custody.

...yet walkers and runners show no fear after incident

Caricom is calling for the “immediate review of reversal” of the decision of the outgoing United States administration to designate Cuba as a state sponsor of terrorism.

In a statement yesterday Caricom said it “denounced” the action, stating: “Cuba’s international conduct does not in any way warrant that designation. This further attack on the country adversely affects its international standing and its social, human and economic development.”

Local promoters say they want to see more shows being staged at venues throughout the country.

And police say they will be there to ensure Covid-19 health protocols are not breached.

Blame Covid-19 for the delay.

The Government of Trinidad and Tobago has filed a defence in the helicopter matter involving Vertical Aviation (VA) Limited in a US court.