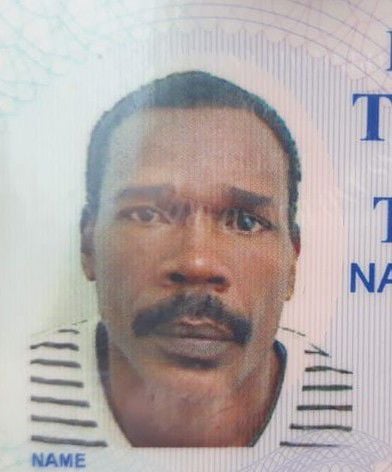 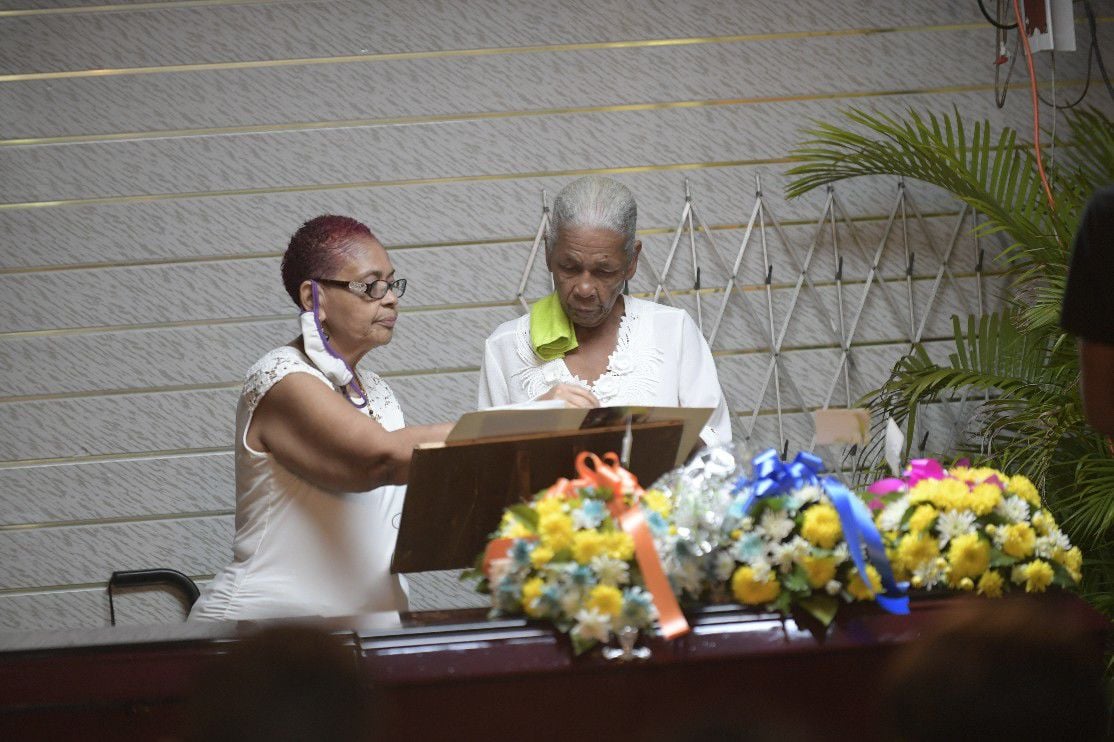 overcome with grief: Priscilla Brooks, right, mother of Noel Diamond, is assisted by his aunt Lyndell Pamphille as they read his euology during yesterday’s funeral service at Janel’s Funeral Chapel, San Juan.

overcome with grief: Priscilla Brooks, right, mother of Noel Diamond, is assisted by his aunt Lyndell Pamphille as they read his euology during yesterday’s funeral service at Janel’s Funeral Chapel, San Juan.

Those were the words Priscilla Brooks uttered after viewing the body of her son Noel Diamond, for a second time during his funeral service at Janel’s Funeral Chapel at Sunshine Avenue, San Juan yesterday.

Morvant resident Diamond was one of three men killed by police on June 27. Last week, their deaths had led to unrest, with protests in communities from Cocorite to Arima.

During the first viewing, Brooks bent over and caressed her son’s face, then was overcome with grief.

Brooks, Lyndell Pamphille and Gregory Charles eulogised Diamond, 47, as “a cool, loving man” with “a passion for partying, drinking puncheon, eating bake and saltfish, and life.”

Among the mourners were his son Elijah Diamond and Second Caledonia football coach and activist Jamaal Shabazz.

Shabazz said: “It’s sad. I came to give support to the family. As the PM (Dr Keith Rowley) said ‘we seek no vengeance; only justice’.”

He called on citizens to co-exist peacefully.

Bowen also said each individual in the society was important and “come August 10 (general election day) they would realise their importance.”

“He liked drinks, especially puncheon. If he attended a parang or a party, he enjoyed himself,” she said.

: Newly-appointed Minister of National Security Fitzgerald Hinds was welcomed today to the M…

The vaccine will protect against Brazilian variant

The recent spike in COVID-19 cases is not a result of illegal immigration.

The following measures have been announced as from midnight tonight, to combat the growing s…