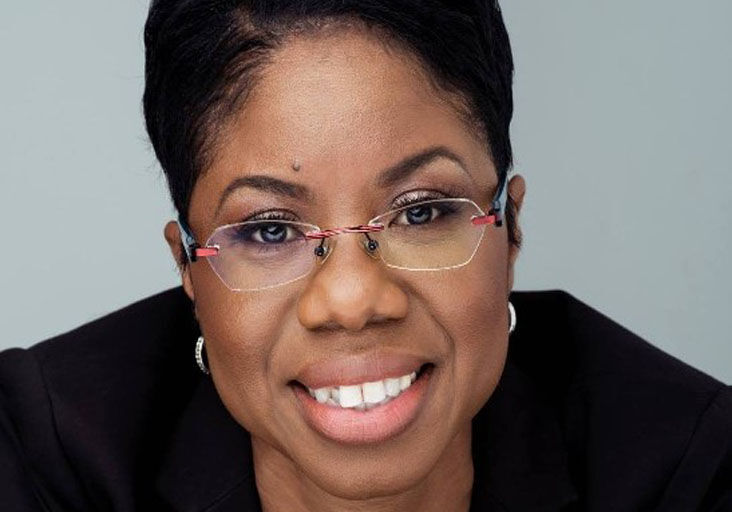 Limited by our resources: Nichola Harvey-­Mitchell 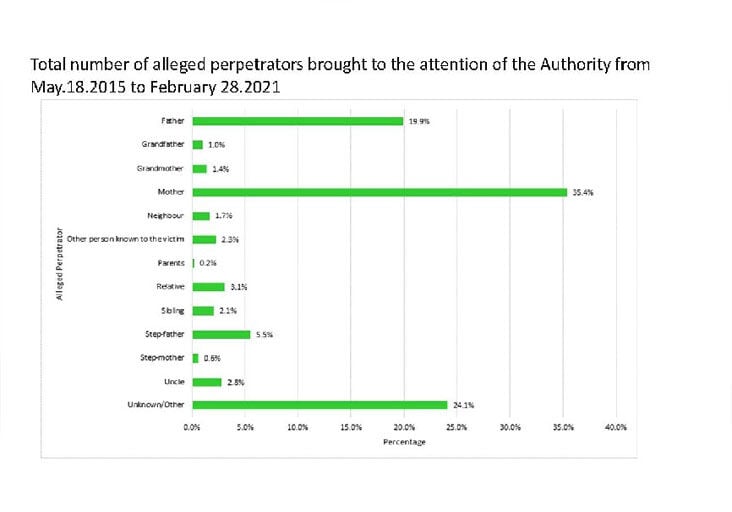 Limited by our resources: Nichola Harvey-­Mitchell

An eyebrow-raising number of women, mainly mothers, are the perpetrators of offences committed against children.

Statistics provided by the Children’s Authority of Trinidad and Tobago show that between the period May 18, 2015, and February 28, 2021, a total of 27,437 cases were reported to the organisation.

Of this number, 35.4 per cent of the perpetrators against children were their mothers.

This is an estimated 9,713 cases reported over the period.

Strangers (people completely unknown to the children) made up the remaining 24.1 per cent (6,887 cases) and was the second-highest category.

About 11,551 of the cases (42.1 per cent) were males, with the remaining 2.1 per cent being unclassified due to the circumstances of the respective case and the information given at the time.

The report went on to note that in that same period, of the types of cases received by the authority, “child neglect” stood out the most, at a glaring 33.9 per cent or an estimated 9,301 cases.

The remaining 3.1 per cent was made up of cases such as lost children, children begging for alms and children at risk of abuse.

In an interview with the media last Monday, director of the Children’s Authority Nichola Harvey-­Mitchell said the organisation was doing what it could with the limited resources it had been given.

And while she said more was needed, she publicly commended her staff and workers for all they have been able to accomplish with what they had.

She noted the authority may have come back into the public’s eye because of the recent “gap in security”, in which five children ­escaped from a Valsayn safe house two weeks ago. Following this escape, two of the children, Antonio Francois and Simeon Daniel, both 15, were gunned down in Laventille just over 48 hours later.

However, Harvey-Mitchell said while attention may be placed on the negative at the moment, several success stories were not being told.

“The demand for our services is growing faster than the ability to get the resources required to treat with all of the cases that come to our attention. And we want to help every child that comes before us. We do. But we are limited by the resources we have.

“And even with what we have, we can do a better job, no doubt about it, we want to save all, but we cannot do so based on the demands we have and the resources available to us,” Harvey-Mitchell said.

She said child abuse was a “­national problem” and ought to no longer be ignored.

“These children are hurting children. These children have been traumatised, and sometimes des­pite the efforts of the authority, we find the children from time to time may regress... but we don’t ever give up on the children because our mandate is to care for them.

“Even in our interventions, we may not ever be able to resolve it. At least not in that point in time... and being children who are traumatised, and that it takes longer for them to really heal as they move forward and become citizens,” Harvey-Mitchell said.

A 76-year-old man was shot and killed outside a bar in Charlieville on Monday night.

Another day, another gruesome murder

Police are on the scene of a murder along Cumuto South Trace, Barrackpore.

In three days, a second police officer has been shot while at a police station.

In making Stuart Young the new Minister of Energy and Energy Industries, the Prime Minister chose someone who had been involved in and familiar with all the major issues to be resolved in the energy sector.

THE Brazilian Covid Variant of Concern (P1) has been recorded in the local population.

The Ministry of Health yesterday confirmed that the P1 variant was detected in a local Covid-19 patient who tested positive for the virus in Nariva/Mayaro.