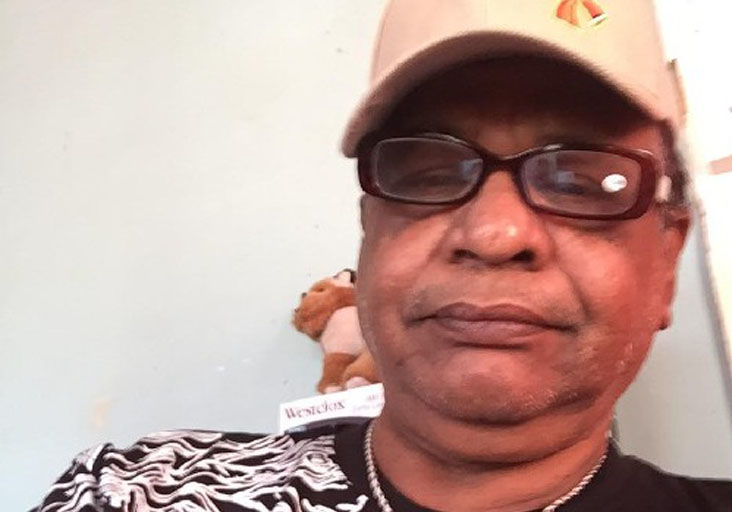 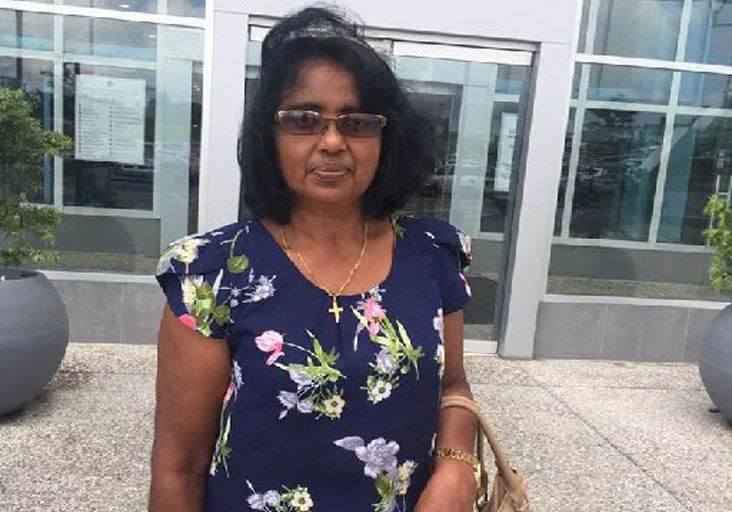 A 24-year-old man who police said is their main suspect remained in police custody up to last night still being questioned.

He has not been charged.

The funeral service was attended by almost 40 mourners, the Sunday Express observed.

According to 3(1)(B) of the Public Health 2019 Novel Coronavirus Regulations 2020, with listed exceptions, citizens are not allowed to gather in groups exceeding five.

Breach of this will result in an offence being committed.

Last month, nine people were detained by police for gathering in a group that exceeded five.

The nine were detained at the funeral service for a murder victim.

A relative of the Mackhans told the Sunday Express that uniformed police on duty yesterday told everyone to stand far apart.

Almost everyone in attendance wore masks and stood some distance from one another under a tent in the yard of the couple’s home as their bodies lay side by side.

Cries of relatives were heard from outside the home.

They declined to speak to the Sunday Express later yesterday.

The bodies were taken to the Caroni Cremation Site where they were given final rites.

A relative who did not want to be identified said they were remembered as nice people who were warm to everyone they met.

Kenneth Mackan, 63, and his wife Lilawatie, 61, were found dead at their Welcome Road home on Monday around 10.30 a.m. when investigators went there after recovering a Hyundai Tucson from the suspect.

The vehicle was registered to that address and was in Kenneth Mackan’s name.

Before entering the house the police were told by relatives who live nearby that the couple had not been seen in a week and there was a stench coming from the house.

Officers found Kenneth’s body in a barrel while his wife’s body was found in a large suitcase.

Charged with killing ex-cop and wife

A 24-year-old man is expected to appear before a Chaguanas Magistrate on Wednesday charged with double murder.

Charged with double murder of ex-cop and wife, man to reappear in court

JEWAN Ethan Ramkissoon, 24, of Claxton Bay made a virtual court appearance before a Chaguanas Magistrate today charged with murdering a retire…