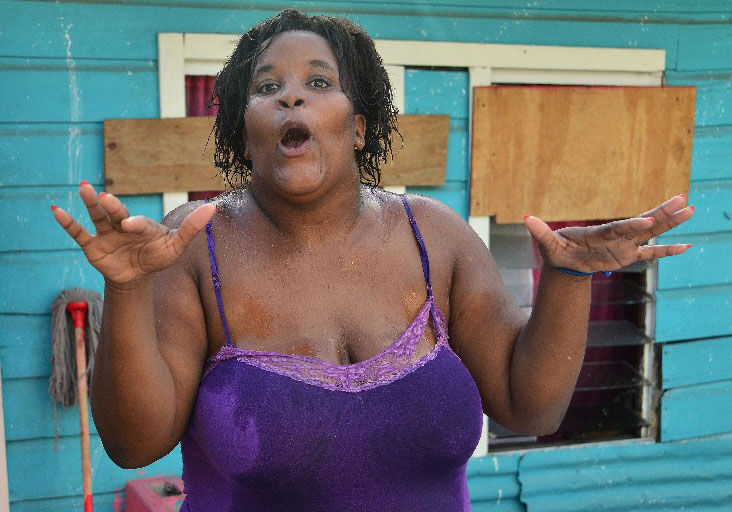 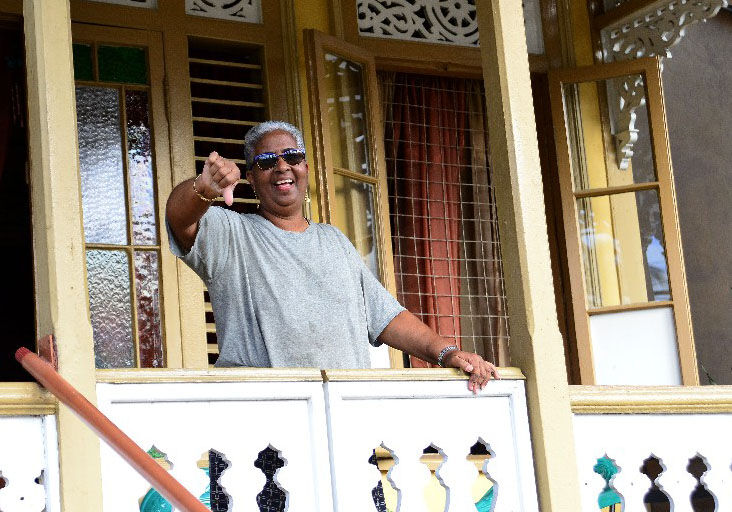 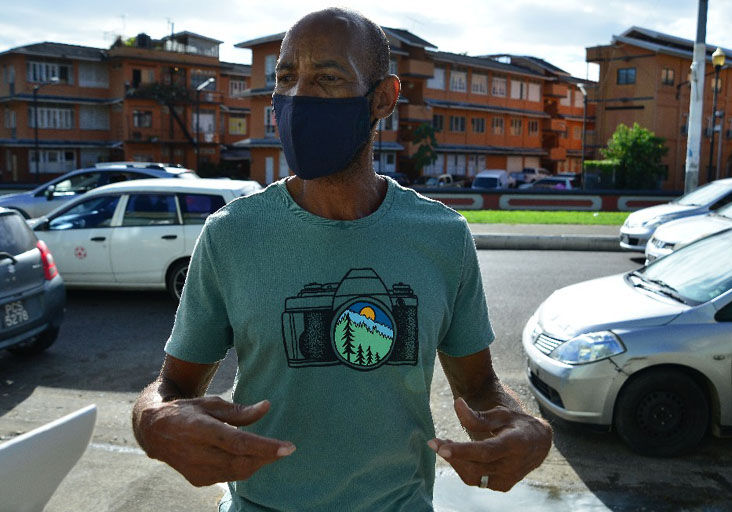 “If this PNM Government comes and tells you to move, it is because it wants to improve your condition and to make the best of the location that you now occupy.”

However, residents of Sea Lots said on Friday that despite the stigma on their community, they love the area and that was the reason they would never be willing to leave.

Resident Haffeed Mohammed said: “I spent 67 years here. My navel string bury here. I nah leaving. Here was swamp. We develop this area. The kind of money people spend to make it how it is today, for the Government to come and say they want here is very hard.

“They always tell us they were going to come and move us, and it never happened. Why now at this point in time they want us to relocate? No way!”

Another Sea Lots resident, who did not want to be identified, said: “We not moving. Here keeping we alive.”

Vivian Clarke, 25, also from Sea Lots, said: “I want to remain. I born and grow here. After spending 25 years here to go somewhere strange and start all over, I do not agree with that.”

Picton residents told the Sunday Express their reasons for not wanting to move out were family history and legacy.

Some said the homes they live in now have been occupied by their family for generations.

Annalicia Worrel said: “No, I am not moving. Rowley could go so with that (advice).”

Another relative of Worrel said, “Granny would want to come back (alive) if she heard we were willing to sell her home.”

Other residents of East Port of Spain said their reason for not wanting to relocate was because they did not want other people outside of their community to move in.

Vincent Alister, of Pleasant Quarry Road in Port of Spain, said: “(Nobody) else could come and live here. I born and grow here.”

Suggesting an alternative to residents relocating, Alister added: “Why can’t the Government give us the tools to develop and beautify the area instead?”

At Piccadilly Street, Gabrielle Figari told the Sunday Express: “We are one of the first 13 houses that the Government has on the list of heritage houses. I am not willing to relocate...

“Since I’m going to school, the Government spoke to my parents about the ideas they had to develop this area. They planned to cover the river and make a highway through this area. Nothing happened.

“We’ve been hearing about (the plan to revitalise Port of Spain) for a long time. This isn’t anything new. I don’t mind the beautification of the city, but we are not going to move out.”

Willing to move if price is right

However, other East Port of Spain residents said once they receive substantial compensation, they will relocate if offered the opportunity.

Michelle Browne, another resident of Sea Lots, said: “Yes, I will be glad (to move out). We could move tomorrow.”

Makeda Charles said: “As long as we get compensated.”

Other residents fear they may not get a say when the Government begins to develop the capital city.

Elliot Ryan, who lives at Piccadilly Lane, said: “They’ve been saying this for years now. This is nothing new. We know that they’ve always had plans for East Port of Spain.

“We love this area. Many people do not want to move. People have lived here for a long period of time. So they’ve grown to love and get comfortable with the community. However, one man cannot fight an army. So there will come a point soon where they won’t have a choice. We will have to move..

“You may not want to, especially if you fix up your place, but the majority (of people) will have to go. If the Government is willing to buy us over, we just hope that we’ll be well compensated, given value for our properties or put into areas where we’ll be able to live or build on land comfortably.”

PM: Time is right for change

Despite the complaints from East Port of Spain residents, Prime Minister Dr Keith Rowley said yesterday that most people support the plans to revitalise the city.

Speaking on i95.5FM from Tobago, Rowley said the time is right for change.

“We have been working on the revitalisation and regeneration of the city of Port of Spain from 2018 forward,” he said. “By 2019, we had actually started to look at finalising the plans... I was very satisfied that the large majority of the people in the country felt that it was worthy and that the timing was right. It is never too late to get something done right.”

Rowley said the revitalisation would be undertaken with resources from both the public and private sector, with the aim of attracting young people to the city.

“We want to make the city welcoming to young people who should be able, if they want to live in the city, to either afford to rent in the city or own property in the city. When we get to that stage, we know that we would have been successful.”

On Friday in the House of Representatives, the Prime Minister said no resident of Port of Spain will be displaced in the first phase of the Port of Spain redevelopment plan, but 13 households will be impacted in phase two.

He said the Piccadilly regeneration project, which is a project of the revitalisation of Port of Spain plan, was developed through the Housing Development Corporation and was guided by a social survey.

In conceptualising it, the HDC identified a portion of the project site for the first phase of the project and no resident would be displaced in that first phase, he said, adding that this project will jump-start the redevelopment of East Port of Spain.

Single mother of one, Sherene Ali, suffered “a silent death” on Thursday afternoon after recovering from Covid-19.

The San Fernando mother and worship leader at the City of Destiny International Church (CODI) was yesterday celebrated by mourning daughter Shinnell Bissoon, who posted the news of her mother’s passing on Facebook.

According to Bissoon, her mother did contract the Covid-19 virus but this was not the cause of her death.

PM declares May 23 day of prayer

The next two Sundays will be devoted to prayers for healing in Trinidad and Tobago.

The Office of the Prime Minister stated yesterday via a Facebook post that Rowley has declared May 23, 2021 a national day of prayer.

There is a desperate dash for oxygen tanks as Trinidad and Tobago’s Covid death and infection rates continue to climb.

People are shelling out thousands of dollars to purchase oxygen tanks from private companies.