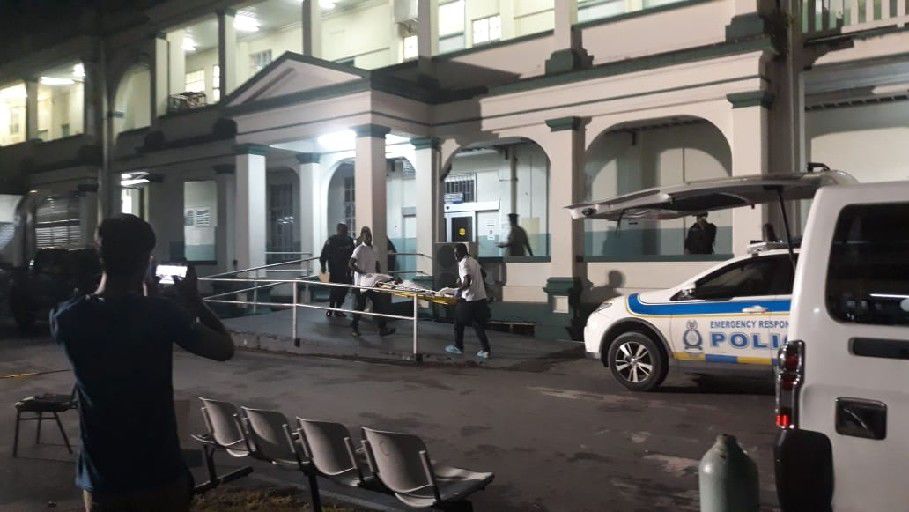 Body removed: Funeral home attendants remove the body of Dejean Broker, inset, who was shot on Ward Three of the Port of Spain General Hospital on Tuesday night. 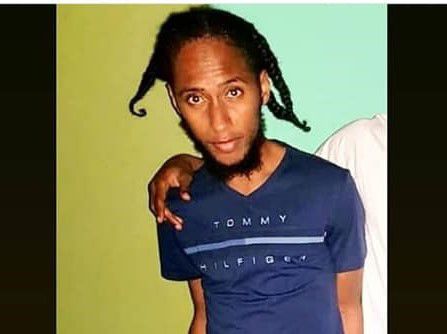 Body removed: Funeral home attendants remove the body of Dejean Broker, inset, who was shot on Ward Three of the Port of Spain General Hospital on Tuesday night.

POLICE officers maintained a heightened presence on the grounds of the Port of Spain General Hospital and the streets surrounding the medical facility yesterday.

This after a gunman walked into the hospital and shot dead patient Dejean Broker, 25, as he lay in bed recovering from stab wounds on Ward Three on Tuesday night.

As panicked nurses ran out of the ward when they heard the gunshots, Broker’s killer—who was dressed in white overalls—walked out of the hospital and escaped.

Ag Supt Wayne Mystar confirmed the ­increased police presence during yesterday’s weekly news conference at Police Administration Building, Port of Spain. He said these “heavy” patrols will ­continue until the police complete a threat assessment of the hospital.

The Nursing Association met with North West Regional Health Authority (NWRHA) management yesterday morning. Nurses said they are fearful they will encounter what police define as “high-risk” patients. These are people who were injured in acts of violence and are likely to be attacked again, even while they are patients in hospital, police said.

“Due to the environment which the ­hospital sits in currently, we have ­scenarios where rival gangs often meet up in the ­hospital. And then we also have situations where gang members who are not from the immediate district have to come into the ­hospital for treatment, in the territory of a rival gang.”

Stuart said: “Before you would have had these gang leaders declaring the hospital as off limits... but as those heads are no longer there and there seems to be a free-for-fall, persons feel it is okay to come into the hospital and perpetrate these acts.”

He suggested a designated area exclusively for high-risk patients, which would have support from the police and not be solely manned by private security.

His second suggestion was “we want the removal of these multiple private security firms from our nation’s hospitals, to be ­replaced with either MTS security personnel or the regional health authority hiring their own security personnel”.

He said security officers assigned to hospitals seemed overworked, and were often seen sleeping on the job. NWRHA officials could not be immediately reached for ­comment yesterday.

Two relatives at the centre, who did not wish to be identified, ­confirmed he had two names—­Dejean Broker and Amir Mujahid Khalil. They said he was a father of one son and lived in Laventille.

Police are continuing their search for his killer.