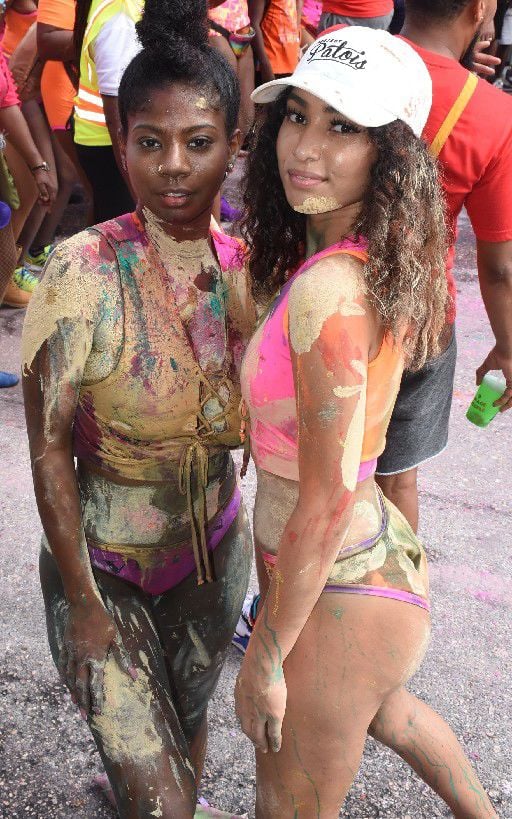 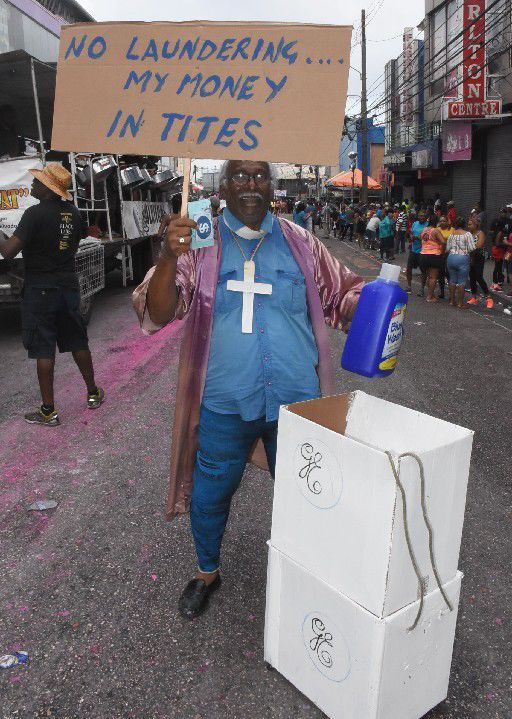 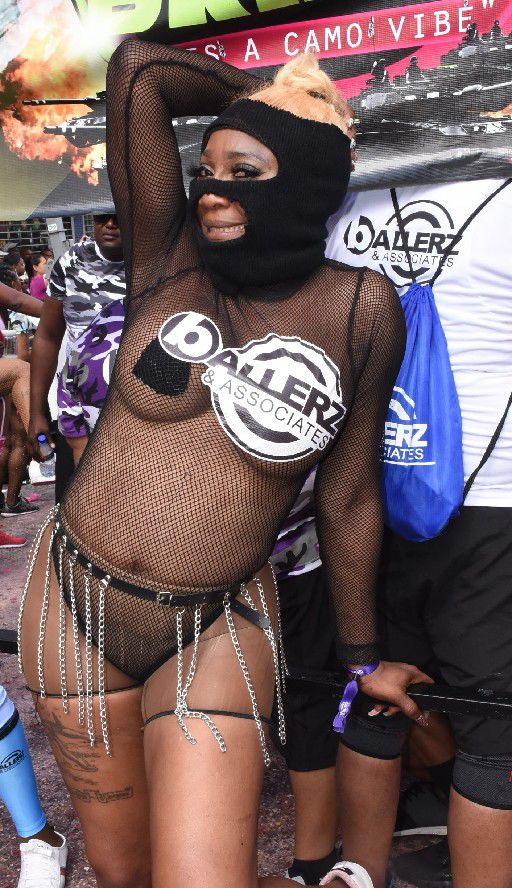 HER TIME: A masquerader strikes a pose during San Fernando Jouvert celebrations yesterday.

HER TIME: A masquerader strikes a pose during San Fernando Jouvert celebrations yesterday.

And D Blue Boys bandleader, Val Ramsingh, is desperately trying to hold on to the artform, his band being the only traditional mas band to cross the stage on Carnival Monday.

The band consisted of 15 masqueraders, the founding members, accompanied by the Old Tech Steel Orchestra.

Ramsingh said he was afraid that traditional ole mas was making its way out of the Carnival celebrations, as masqueraders were opting to parade in the modern mas bands.

But he will not give up, Ramsingh said, trying to revive the tradition.

The bandleader said he was saddened that this country’s culture was dying and was being “replaced by bikini and beads”.

The short satirical presentation poked fun at politicians and other public officials.

Band member, David Sammy, presented an individual portrayal titled “No laundering my money tithes”. The portrayal was well received by the crowd which lined High Street.

The judging point was relocated to RRM Plaza, High Street.

Regrello explained that the previous judging point at Harris Promenade was not suitable as it was too close to the San Fernando General Hospital.

Asked his feelings on the death of traditional mas in San Fernando, Regrello said Jouvert mas was evolving.

“There is modern and traditional mas in San Fernando but mas is evolving and we have to give them support and encourage them,” he said.

Twenty-three Jouvert mas bands were registered to cross the stage on Monday.

The modern mas bands were large, colourful and accompanied by music trucks and live entertainment.

The costumes were mainly t-shirts, shorts and beads.

Regrello said Trinidad and Tobago Police Service and municipal police officers had teamed up to patrol the streets during the two-day celebration.

He said no serious incidents were reported during Jouvert celebrations.

Fete season has begun. And that means pace. Best of all it’s a leap year. So that gives all the fete ready crews a full extra day of pump.

The Pierres have done it again. Herbert Pierre and his daughter Lillan Pierre are the 2020 King and Queen of Jouvert. They were crowned during…

Celebrating culture and the arts

As the nation winds down the 2020 Carnival season, it seems a good time to notice a new book by the prolific author Nasser Khan, Celebrating T…

He has entertained Trinidad and Tobago, and the world, for decades with his powerful renditi…

Chin: I initiated offer to pick up Bissoon in The Bahamas

Referring to the biblical story of David and Goliath, Opposition leader Kamla Persad-Bissess…

PM lashes out at media

PRIME Minister Dr Keith Rowley has accused media houses of “harassing people with lies”, saying yesterday media in Trinidad and Tobago were not independent but instead “have interests to protect”.

Marlene fails to show up