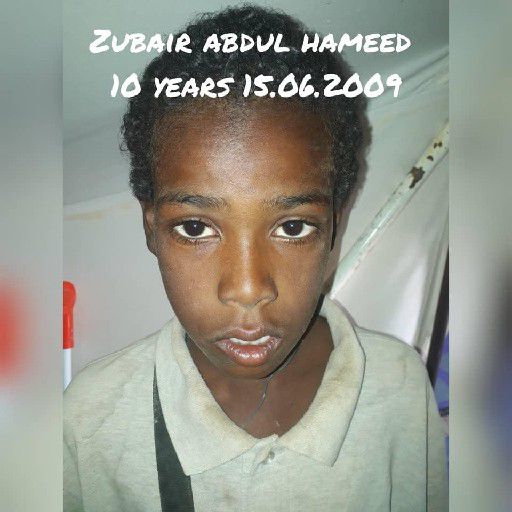 ON THE LIST: Zubair Abdul Hameed, one of the T&T children whose names appear on a list in London-based online publication Middle East Eye. 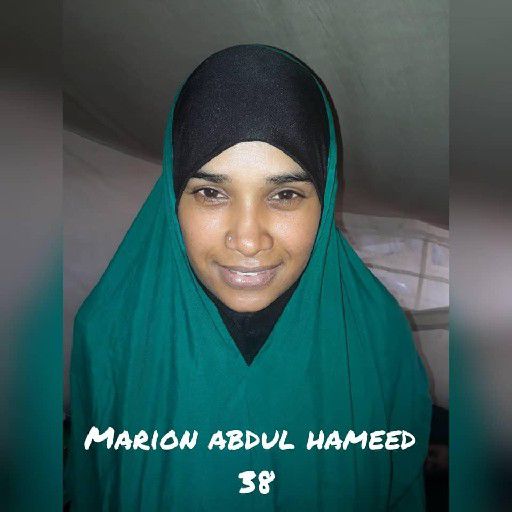 ON THE LIST: Zubair Abdul Hameed, one of the T&T children whose names appear on a list in London-based online publication Middle East Eye.

Close to 100 Trinidad and Tobago nationals are being held in a refugee camp in Syria. More than 70 are children.

A new and detailed list has emerged in the Middle East Eye (MEE) online publication which states the number is not 25 as previously reported, Some 19 of the children were born in Syria, some as recent as three months ago.

In audio messages made by the children pleading to return home to T&T, they said they have contracted a potentially life-threatening disease.

Pictures of Trinidadian children published by the MEE in another article last month showed a boy with open, festering sores on his scalp and flies gathered at the mouth of his younger brother in another photo.

“These children, Naseer and Suhail and their sister Jehann, have spoken of their ordeal in audio messages in English addressed to their grandmother who is based in Trinidad.

“In one message eight-year-old Naseer can be heard coughing heavily and saying he has contracted chicken pox.

“Hi Granny, my name is Naseer. I love you. How you going? I miss you. I’m feeling sick. I want to hug you.

“My belly is hurting. I got chicken pox,” he continued, before ending the message with “bye bye”.

This information was disclosed in an MEE article published on November 15 written by British-based international freelance journalist Amandla Thomas-Johnson, who has Trinidadian roots. The MEE said it is unclear to what extent the children have been immunised against the effects of the disease, which in some cases can lead to death.

“Granny how you going? I miss you. This is Jehann. When we coming home I don’t know. I want to come. I want to see you. I miss you. Bye bye,” she says.

He described their appearance as “unkempt” but said they were still able to muster hopeful smiles as they sat huddled together in a tent.

Jehann and Naseer had travelled to Syria with their mother, Amadi Alimayu, who is with them at Al-Hol, and their father, who has since died in the fighting. Suhail, four, was born in Syria.

A detailed list compiled by the families and shared with MEE offered a deeper insight into the Trinidadian nationals held at Al-Hol, who arrived there as part of an exodus of people fleeing the capturing of Islamic State group territory by a US-backed military campaign spearheaded by the Syrian Democratic Forces (SDF) earlier this year.

“Some 25 women and 71 child nationals of Trinidad and Tobago were at the camp as of the start of November, according to the documents,” the MEE reported.

The article said there are extended families at the camp, some of them having up to nine members.

“The documents show that a 55-year-old woman became a grandmother in Syria after her daughter gave birth to a baby girl three months ago. In total, 19 of the children held at the camp were born in Syria.

According to the documents, 22 other children are held in Iraq, where a Trinidadian woman was sentenced to death in 2018 for her involvement in ISIS. The Al-Hol camp is home to 70,000 people mostly living in makeshift tents and conditions are “notoriously harsh”, Thomas-Johnson wrote.

Germany, Britain and Belgium have begun the process of repatriating children born to suspected ISIS militants.

The T&T Government has permitted a handful of nationals to return, but relatives of Trinidadians in Syria have been urging them to act faster because of deteriorating security condition and fear for their relatives’ lives.

Felicia Perkins-Ferreira, a Muslim who resides in Trinidad, has been spearheading the fight to have her sisters in Syria and their children brought home.

Perkins-Ferreira said her two children were kidnapped by their father five years ago and taken to Syria with him when he went there to join the ISIS movement. With the help of people from “outside”, she said, she journeyed to Syria in January this year to rescue her two sons from the neighbouring Al-Roj camp.

She has met with little success as Minister of National Security Stuart Young said last month the Government is approaching the matter very cautiously.

“We have a responsibility to verify claims before acting and the public’s interest is priority in exercising the associated duties,” Young said.