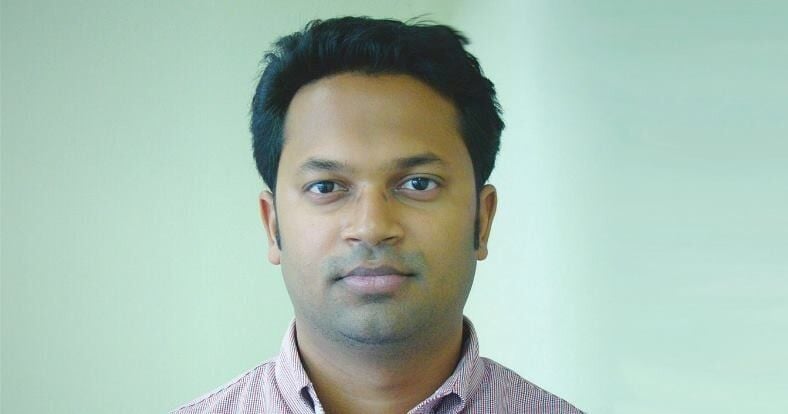 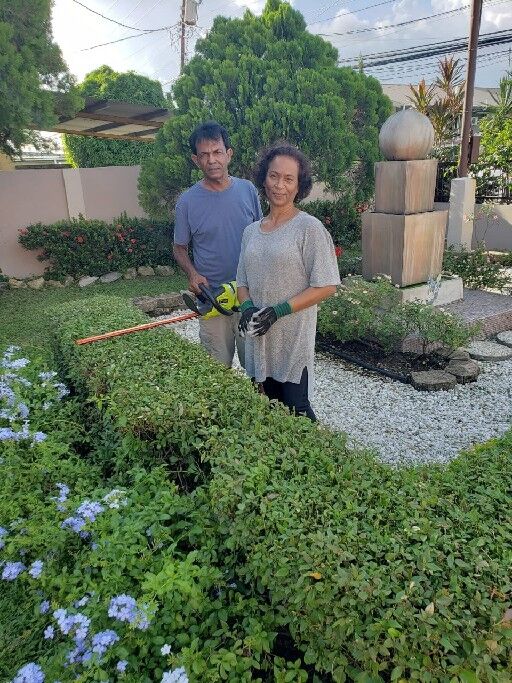 IN HIS MEMORY: Parbatee Ramrattan and her husband Bisnath attend to a garden in their front yard they created in remembrance of their son, Ravindra Ramrattan, inset, who was killed in a terrorist attack in Kenya in 2013.

IN HIS MEMORY: Parbatee Ramrattan and her husband Bisnath attend to a garden in their front yard they created in remembrance of their son, Ravindra Ramrattan, inset, who was killed in a terrorist attack in Kenya in 2013.

IT’S been seven years since her first-born son, Ravindra Ramrattan, was killed in a terrorist attack at a mall in Kenya on September 21, 2013, but Parbatee Ramrattan still lights a deya next to his photograph in her living room every morning.

“It’s how I communicate with him. I let him know I love him still,” she told the Express on Tuesday.

Ravi, as she fondly refers to her beloved son, a President’s Gold Medal winner and former Presentation College pupil, was 30 when an extremist Islamic group, al-Shabaab of Somalia, reportedly linked to Al Qaeda terrorists, attacked the upscale Westgate shopping mall in Nairobi, Kenya, killing him and 71 other people.

He was working as a research economist with the Financial Sector Deepening in Kenya, a non-profit organisation (NGO) aiming to stimulate financial inclusion and poverty reduction among the country’s poor.

Before that, he worked with the Innovations for Poverty Action (IPA) in Kenya, another NGO, with a mission to help the poor in low-income countries.

He was stationed at a sugar factory in Mumias, a small town in Kenya, and worked to help sugar cane farmers access bank funding.

At age 30, Ravi’s plans and dreams ended when one ordinary day he decided to go to Westgate Mall to pick up a few grocery items.

Out of the blue, gunmen stormed the mall firing in all directions, ending Ravi’s life.

At her home in Cunupia, Trinidad, Ramrattan woke up that day “feeling out of sorts”, she recalled.

When she heard the news later, her world came crashing down.

A mother of two other children, Ramrattan, 59, went into a state of shock and grief which has impacted her life for years.

She struggled for years to make sense of the senseless death of her son which she has not accepted to this day.

“I cannot accept that he left because it was so unfair. Ravi was young and had so much going for him,” she said.

She gave up her job in the Treasury Division at the Finance Ministry shortly after her son’s death because she was unable to cope with her grief.

“I would go into the bathroom at work and burst into tears,” she shared.

At home, she took up yoga, hoping to find release from her stress while her husband, Bisnath Ramrattan, a former Agricultural Development Bank worker, buried his sadness in his work on his farm.

Ramrattan planted a garden at the front of the house for Ravi and erected a plaque in it in commemoration of him.

Inside the house, she filled a large cabinet in the living room with all Ravi’s belongings.

Among the items are a pair of shoes he wore in Kenya with holes in both soles.

“When I saw those holes my heart broke,” she said,

Ramrattan said she believed Ravi wore those shoes with the holes in them because he did not want to appear better than the less fortunate people he met in the villages of Kenya.

Even if Ramrattan wants to forget, she is constantly reminded of her son through people he worked with and the research papers he left behind.

She said when Michael Kremer won the Nobel Prize for Economics in 2019, she remembered Ravi because they were co-authors of a research paper.

In June 2019, friends from the Economics Department of Tilburg University in the Netherlands paid tribute to Ravi for his contribution to economics.

He had planned to pursue his PhD there.

Ramrattan and her husband were invited to the tribute ceremony.

“Seven years ago, our beloved Ravindra left us in the midst of his work in Development Economics. Nevertheless, he left his ideas on poverty reduction for his colleagues at Tilburg University to convert into academic papers which are used as reference by others,” his friends wrote in a Facebook post.

One such paper was published by the Journal of Development Economics with Ravi as a co-author.

And his friends in Kenya published a book about him and set up a fund in his name to provide financial assistance to students there.

The fund was passed on to the Ramrattan family and they tried to raise funds in Trinidad to send back to Africa from sales of the book which is available at RIK Bookstores.

The birth of her grandson, Rishaan, seven months ago, and a granddaughter, Melina, a year and a half ago, provided the first real distraction for Ramrattan from her grief, she said.

“They bring us so much joy, they make the grief more manageable,” she said.

But she added, “Not that we miss Ravi any less. We still choke up in the throat at times. Sometimes, when we sit together in a little family gathering, we remember the good old days with Ravi. We will never forget,” she added.

Trini scholar killed by terrorists in Kenya remembered in Senate

The parents of Trinidadian scholar Ravindra Ramrattan, who was killed in a terrorist attack …

Ravi: a humble hero who wanted to end poverty

RAVINDRA Ramrattan was remembered at his funeral yesterday as a friend, inspiration, humble …