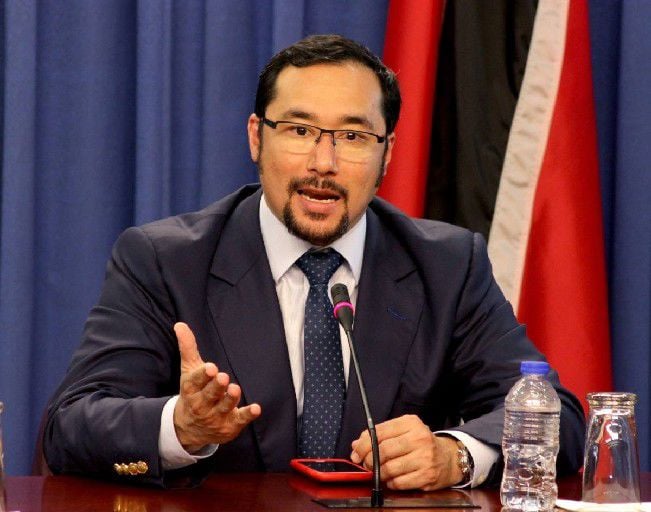 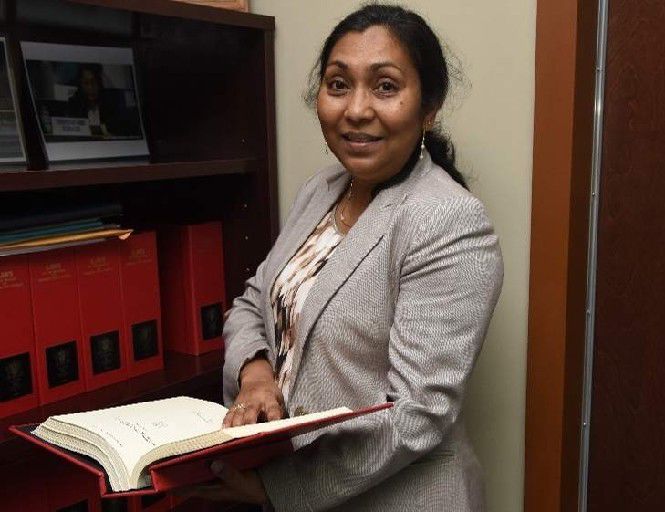 One day after a Sunday Express exposé on a leadership crisis and delays plaguing the Immigration Division, National Security Minister Stuart Young has instructed that the renewal of a passport must take no longer than one month.

The minister said he made a “spot” visit to the Port of Spain immigration office yesterday and his promise comes amidst numerous complaints by those forced to wait up to six months to have their passports renewed or obtain a new one.

The Sunday Express report headlined “Frequent Flyer” provided information from the belly of the Immigration Division with several immigration officers complaining about the poor leadership of Chief Immigration Officer (CIO) Charmaine Gandhi-Andrews, and in particular the hundreds of foreign trips she has taken in the years she’s been acting CIO and then appointed.

Immigration officers have deemed it unfair and unacceptable that citizens have to wait up to six months to get a passport while the head of Immigration presides over inefficiency and frequently flies out of Trinidad regionally and internationally.

The Sunday Express was provided with Immigration travel logs which show the CIO is out of the country quite frequently.

In response to questions from the Express yesterday, line minister Young said he is concerned about the long wait for passports and he has requested meetings with the relevant authorities.

“As I have stated a number of times before, I am concerned about the length of time for appointments to renew passports.

“I had requested that the permanent secretaries in the Ministry of National Security ascertain the truth with respect to same. I have also stated that a wait time of months for a passport renewal is unacceptable.

“I made a spot check at the PoS Immigration Office on Frederick Street this morning to see what was happening and to speak to the immigration officers.

“I have instructed that the time limit for a passport appointment be brought to a maximum time limit of one month. I will be meeting with the permanent secretaries and Immigration in the next couple days to enquire into this and other issues,” Young stated via WhatsApp.

The minister stated further that he will also be enquiring into the criticisms made against the CIO, which he described as “attacks”.

“I have noted the attack on Mrs Gandhi-Andrews and shall be enquiring into same via, inter alia, the permanent secretary. I do things properly and operate systematically. I believe in the principles of due process, proper procedure and natural justice. I shall be meeting with the permanent secretaries and Immigration,” he stated.

Meanwhile, immigration officers are happy that Young has intervened in this matter but are pleading with the minister to launch an internal probe and not “take basket”.

Officials pointed out to the Express that Gandhi-Andrews was officially appointed CIO by letter dated June 2, 2019, retroactive to June 14, 2015.

They noted that this appointment came as a slap in the face to the 300 immigration officers who had signed a letter of no confidence against Gandhi-Andrews in 2017.

“The honourable minister must explain why she was appointed and what is the status of that investigation into the many concerns made against her.

“Previously, former national security minister Edmund Dillon had said that all the concerns, from absenteeism and victimisation, were being investigated. What happened to that investigation? Why was she appointed CIO retroactively?

“Why can’t the minister not see the blatant fact that Immigration Division is in chaos and a mess under the present CIO compared to its smooth functioning when she was not at the helm,” said an immigration official.

Sources told the Express that instead of dealing with the pertinent issues raised in the Sunday Express report, senior immigration officials were yesterday tasked with trying to find out who leaked Gandhi-Andrews’ travel logs to the Express.

“She will have her sympathisers in the department ... but the vast majority of the staff are glad the issues are exposed and some sort of relief will be provided.

“We just hope this will not be swept under the carpet or forgotten in a few days and back to the same rotten routine,” said an official.

“There is no attack on the CIO, we are just providing the facts and if there was no victimisation we would tell the minister this to his face but unfortunately it doesn’t work like that,” said another official.

The Express was also told the Foreign Affairs Minister is also failing in his duties to address files with respect to foreign nationals and their applications for work permits and permanent residency.

IT defies logic how a public service as critical as passport processing should have fallen into such sustained crisis without any attempt by the Government to address the problem.

IN the years she’s been acting and appointed Chief Immigration Officer (CIO), Charmaine Gandhi-Andrews has travelled abroad hundreds of times for training, causing major discomfort at the Immigration Division.

When asked by reporters on January 23 about the length of time required for the replacement of a passport, the Minister of National Security said he was “not comfortable” with it and indicated his intention to do something about it. He made good on that intention after taking a walk-through at immigration offices on Monday, as the situation persisted. The minister owned up to having “instructed” that the waiting time be reduced from five months to one month. Just like that.

Prime Minister Dr Keith Rowley yesterday admitted the operations at the Immigration Division have regressed and expressed his own annoyance over reports people have to wait six months to get a passport.

The time-frame to get an appointment to renew a passport has been decreased.

The drastic, almost overnight reduction in the lengthy delays for passport appointments is as welcome as it is troubling.

Food was sharing. In those white Styrotex containers.

“The food upstairs,” the woman called out to her colleague in the adjacent booth.