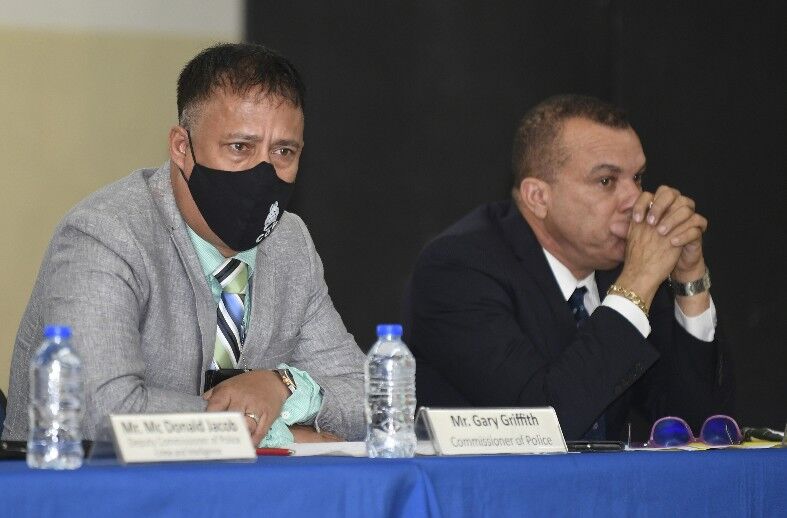 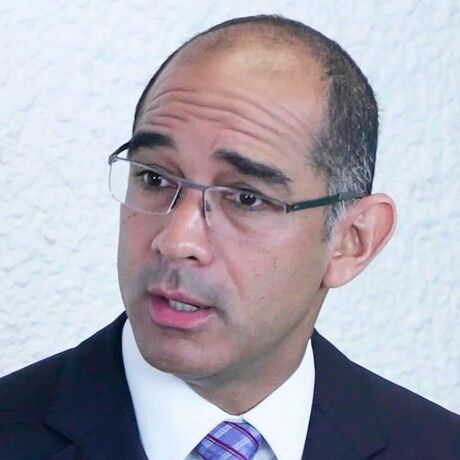 The Police Complaints Au­thority (PCA) has recom­mended that Assistant Com­mis­sioner of Police Irwin Hack­shaw face several crimi­nal charges arising out of its probe into his close to $2 million suspicious bank accounts.

The monies were deposited into Hackshaw’s personal bank accounts in several financial institutions and came from seve­ral businesses as donations to offset official police functions.

The Express understands among the recommended char­ges are misbehaviour in public office and obtaining money under false pretences.

A completed file of the PCA’s investigation and recommendations have been handed over to the Office of the Director of Public Prosecutions (DPP) and Griffith.

In a media release issued yester­day, PCA director David West no­ted the PCA had completed its preliminary investigation into the allegations of unusual financial transactions involving Hackshaw on September 11.

The PCA then met with Commissioner Griffith on September 15 to update him on the matter, the release said, adding it had forwarded its findings to the Office of the Director of Public Prosecutions, in accordance with Section 30(1) of the Police Complaints Authority Act Chapter:15:05, for further action in accordance with the principles of due process.

The submitted file now means the PCA has completed its two-pronged investigation—criminal and internal—into Hackshaw.

Last month, the PCA recommen­ded that Hackshaw face internal disciplinary action, and called for immediate action to be taken against him before he officially retires in November.

The PCA had said commencement of the recommended disciplinary proceedings is especially urgent as Hackshaw was to begin official retirement from November 9, 2020, after which the TTPS will not have the authority to conduct disciplinary hearings.

“The PCA is aware of Regulation 156(4) of the Police Service Regulations 2007 (the PSR) which states that, ‘the investigating offi­cer shall hold an office higher than that of the officer concerned’.

“In the instant case, ACP Hackshaw is the most senior officer in the TTPS, except for the CoP. We hope that this issue can be resolved so that the disciplinary procedure can commence,” the PCA said, adding that “evidence gathered supports the allegation that Hackshaw accepted paid employment, or undertook private work without approval, in breach of Regulation 133(b) and in contravention of Regulations 150(1); (2)(a); (c) and (d)(i) of the PSR....”

Should such an action take place, it has to be sanctioned by Griffith who has jurisdiction to discipline from the rank of ACP to constable. Above these ranks, the Police Service Commission, which is currently headed by Bliss Seepersad, can discipline.

Should Hackshaw leave the service prior to a disciplinary tribunal being formed, then he has nothing to answer since he will cease being a police officer.

Additionally, should Hackshaw be charged prior to leaving the service in November, he stands to lose several of his benefits.

Earlier this year, Hackshaw held the role of acting deputy commissioner of police and also acted as this country’s top cop despite ongoing criminal probes.

The Express understands the PCA investigation interviewed seve­ral businessmen who admitted to giving Hackshaw money for TTPS events, however, further investigation unearthed such events never received the funds and was instead deposited into several of Hackshaw’s personal accounts.

At least two former commission­ers of police and deputy commissioners were also interviewed and they denied giving Hackshaw permission to collect monies on the TTPS’ behalf.

An eight-month Sunday Express investigation had unearthed that cheques were made out to Hackshaw by several construction firms, businesses owners, a security company and a former ambassador to Canada.

Additionally, there were over 180 deposits amounting to $1.8 million dispersed over 18 RBC accounts, with more monies deposited into an account at Scotiabank and the Unit Trust Corporation.

During the period of February to September 2017, Hackshaw received $105,500, from Cunupia-­based business BioMedical Techno­logies for events to be hosted by the TTPS.

The company issued the following cheques to Hackshaw:

The Sunday Express had contacted director of BioMedical Technolo­gies David Jaikissoon seeking a comment as to why his company gave Hackshaw money.

Jaikissoon said, “He (Hackshaw) is just a friend to me. He asked for donations for a police Christmas function and sporting event. He was scouting around for donations.”

Asked why the cheques were not made payable to the TTPS and whether Hackshaw had presented any written correspondence with the TTPS logo instead of being made out to Hackshaw, Jaikissoon said, “It really does not matter to me; it is not like I am doing business with the TTPS or looking for work from them, the monies were given to assist in their events.”

The investigation into Hack­shaw commenced last year within the Professional Standards Bureau (PSB), but was stalled following the transfer of officers from within the unit.

On March 4, the Sunday Express contacted Hackshaw seeking a comment before publication of the story headlined “Cop in $2m cheque query”.

He said, “Well, if you want to print whatever you want, dearie, you can. But just be mindful there are repercussions to those....’

Hackshaw has since issued a pre-­action protocol letter to the Express.

Following Sunday Express reports, officers of the Financial In­ves­ti­gations Branch of the TTPS, led by Supt Wendell Lucas, raided the Indepen­dence Square, Port of Spain, office of the newspaper to find the source of the information.

The officers indicated they were in possession of a warrant and searched the office of Editor-­in-Chief Omatie Lyder on March 11, leaving with several flash drives.

Subsequent to the search, the Express filed an injunction.

The courts granted the injunction barring the officers from further searches to acqui­re information from the com­pany’s servers, pending the outcome of the court matter.

Woman arrested, planning to ship cocaine in shoes to Europe

Media personality and founder of Gayelle The Caribbean, Errol Fabien, has 24 hours to raise …