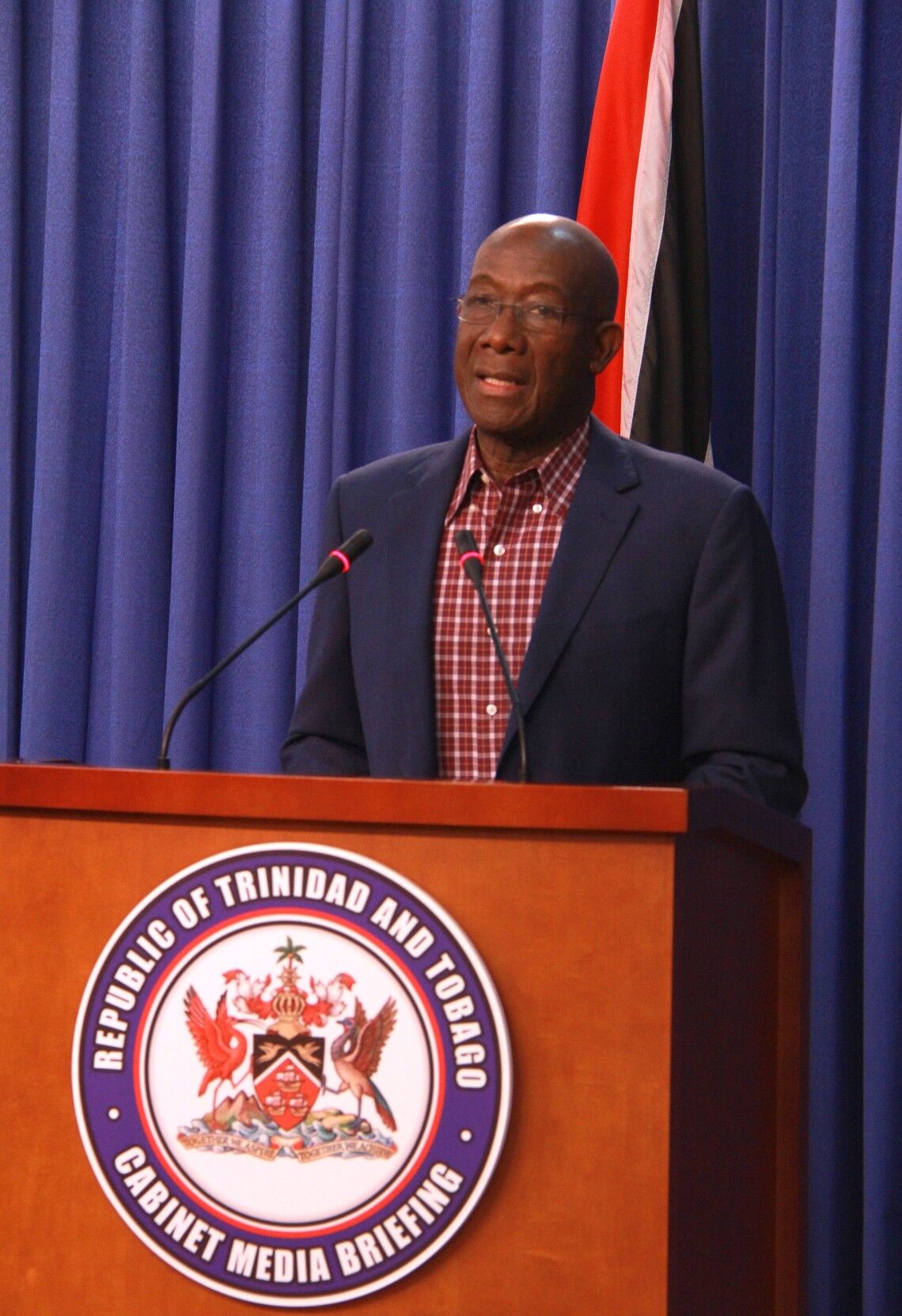 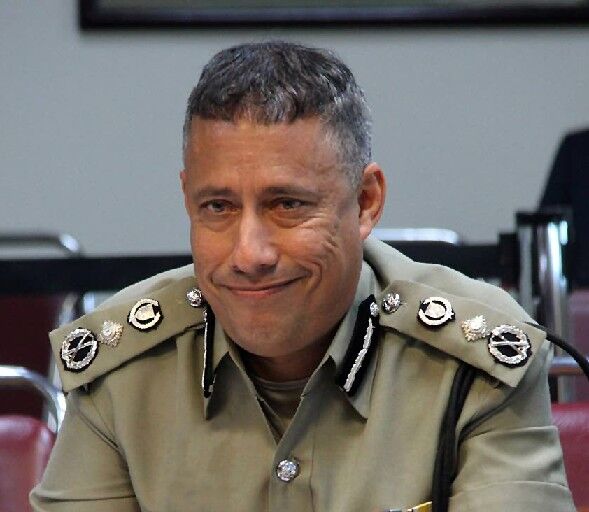 Prime Minister Dr Keith Rowley acknowledged yesterday that an error had been made and the proper procedure for appointing the acting Police Commissioner (CoP) was not followed.

In a statement yesterday reminiscent of the explanation given by the Kamla Persad-Bissessar administration for the Section 34 debacle, the Prime Minister said at a news conference at the Diplomatic Centre, St Ann’s: “We are all parliamentarians and the error in this situation has to do with the Parliament, and I would think that it is easy for any parliamentarian, especially those who have legal acumen or those who take the time to get legal advice as the Government has done, to determine that this is a matter that is not insurmountable... An error has been made and that error can be and is to be rectified.”

Paragraph 4 of Legal Order 183, which allowed a non-police officer on contract or previously on contract to act as CoP, was laid in Parliament in July and was subject to negative resolution.

The Prime Minister referred to the opinion of Senior Counsel Rolston Nelson, who said Paragraph 4 itself “lacked vires”. He added that even if it were legal, the order required the list of nominees to go to the President and then the Parliament.

The Prime Minister said the Government has accepted this advice that the acting appointment was not properly done, and this is the position the Government will submit to the court when the interpretation summons comes up for hearing.

The matter is to come before the court on Monday.

The Prime Minister also insisted there was no political interference in the operations of the Police Service Commission (PolSC).

There was “interface but not interference” among the institutions involved in CoP appointment, he said.

Yesterday’s Covid news conference was the Prime Minister’s first public appearance since his return from isolation and his first public comment on the imbroglio involving the PolSc, Gary Griffith, the Government and the Office of the President.

Dismissing allegations of political interference, the Prime Minister said he wanted to remind the Opposition Leader that “interference is when you interfere without good and proper reason, and none of that has happened by the political directorate as far as I know. I lead the Government and the Government has not improperly interfaced with any of these agencies. We have interfaced, but not improperly,” he said.

He said he wanted his political colleagues to remember the names of Dwayne Gibbs and Jack Ewatski, and to answer what level of interference caused them to be paid millions of dollars to leave the country when they were appointed to substantive positions (of CoP and Deputy CoP).

“I went to Parliament one day... to be told that these two fellas were gone and they were paid millions to go,” he said.

Speaking further on the allegations that there was political interference in the PolSC, the Prime Minister said: “That is to be ignored. There are 1.4 million persons in this country, and the handful of people who have no moral authority to join this debate upfront is the Opposition. Because the Opposition Leader, who makes a career of denigrating people, jumps out in front and tries to make this into what it is not.”

“There is no political inter­ference driving this process. There is no conspiracy of any particular school,” he said, in a reference to the Opposition Leader’s veiled attack on the role of Her Excellency the President, with the remark about a Bishops tea party (playing on the Bishops Anstey High School name). (President Weekes and PolSC chairman Bliss Seepersad are both BAHS alumnae).

The Prime Minister said there had been “a serious conflicting set of legal opini­ons at different locations of the country’s management. And, of course, if you have all these gears moving at the same time, it is not surprising that at a time like this, some of these gears would have been out of mesh.

“Most importantly... the Govern­ment has conceded that­ an error has been made within the process. That having been identified, the Government will not hammer home on the premise that a wrong process is a right process.”

He said a number of institutions were involved in this matter. “And they are required to interface. No institution is an island unto itself... there is an interfacing between the various institutions, and all these matters that you all are raising openly or tongue in cheek, they are all in the court right now,” he said.

“We didn’t do so capriciously, we did so by seeking sound legal advice because this is all a legal matter, it is entirely legal. It is not emotive, it is not racial, it is not school-based. And that is why I am so disappointed that the Opposition Leader chose to go down that road,” he said.

“I am in a very ticklish position. You call it an imbroglio, whatever it is, I still have confidence that our institutional arrangements will eventually work us out of this situation and it would be adjudicated upon in the pro­per place in the proper way. And where errors have been made, they can be rectified without much more bacchanal,” he said.

The Prime Minister conceded there has been some loss of confidence, “but I do have confidence that we can work our way out of it very quickly and relatively safely, but we would not come out of it unscarred.”

Asked about the resignation of commissioner Courtney McNish, in which he (McNish) cited a lack of confidence in the PolSC chairman, the Prime Minister said: “There are days that make up the year and not every day is a rainy day and not every day is a sunny day. Life is made up of days of chan­ges. And if there are situations of change, it doesn’t mean that tomorrow is hopeless.

“All we expect is that we will all rise to the occasion... And the fact that someone has a position today, properly so, if they seem to think so, whether you agree or you don’t agree, the bottom line is we have to go on, aiming to do better. We try to avoid any similar situation in the future, but there is no guarantee that that would not happen.”

Rowley said the current situation, which replaced the prime ministerial veto in the appointment of a Police Commissioner, was far worse.

“We thought that we perfected that (old) system by changing it to this (new system). What we didn’t know is that this situation is far worse than the one we tried to fix,” he said.

Asked about Griffith’s name as a candidate on the Merit List, the Prime Minister said that at the Office of the Prime Minister and the office of the chairman of the National Security Council, ‘we don’t deal with individuals in (the formulation of) policy, we deal with institutions. Individuals are dealt with in a different way, at a different time and maybe by others. This is not a matter for individuals to prevail over institutions at this time”.