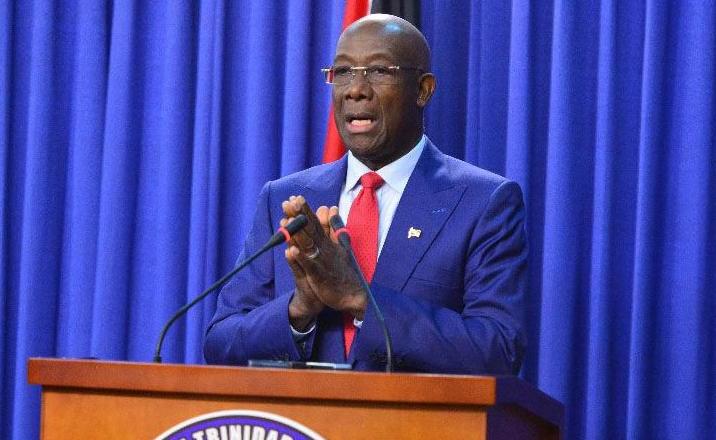 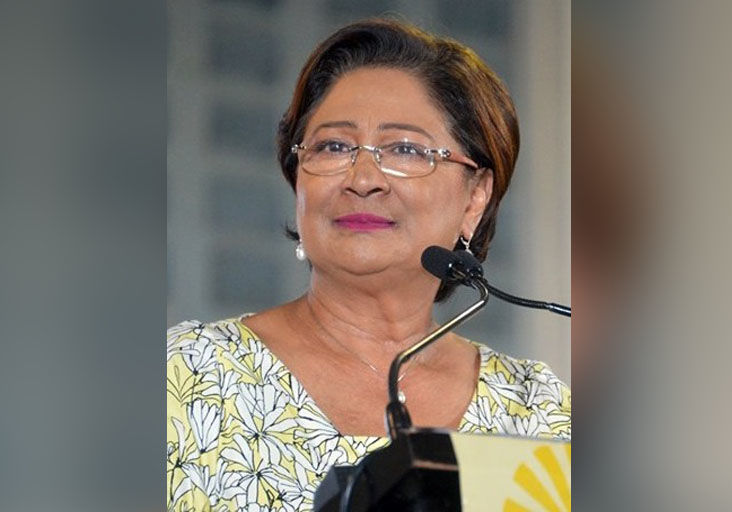 The Government of Trinidad and Tobago has no definitive communication from the United States government indicating this country is under any investigation by any agency of the US.

This is according to Prime Minister Dr Keith Rowley who, in a social media post yesterday, again accused Opposition Leader Kamla Persad-Bissessar of encouraging the US Government to apply “damaging sanctions” against the people of T&T.

Addressing the shipment of 150,000 barrels of gas from Paria Fuel Trading Company to Aruba, which international media reports state went on to Venezuela, Rowley stated Paria conducted no fuel business with PDVSA and Venezuela.

He also noted that at the meeting with Venezuelan Vice President Delcy Rodriguez on March 27 in T&T, the then-PDVSA presi­dent was not present.

The Prime Minister had admitted Asdrubal Chavez was present at the meeting. However, Chavez was appointed as PDVSA president one month after visiting ­Trinidad along with Rodriguez.

Persad-Bissessar also provided a flight manifest, which showed the aircraft on which Rodriguez arrived was a PDVSA plane sanctioned by the US.

Rowley yesterday stated the nature of the Venezuelan transport is not a matter for the Cabinet of T&T.

He further stated Caricom recog­nises Nicolas Maduro as the Venezuelan president. “Trinidad and Tobago, with the agreement of the United Nations and Caricom, recognises the Maduro government as the sitting government of Venezuela and, as such, is constrained to acknowledging and dealing legally with the authorities there,” he stated.

“Contrary to the misinformation published by the Opposition Leader, the actions of Trinidad and Tobago break no international law,” he added.

Rowley accused Persad-Bissessar of “publishing and spreading a series of falsehoods and conspiracy theories in furtherance of her selfish political objectives”.

“The Government of ­Trinidad and Tobago denounces the repre­hensible conduct of the Opposition Leader, her destructive minions and quisling parrots who clearly do not have the best interest of the people of Trinidad and Tobago at heart, but whose only concern is the selfish expectation that this treachery will assist them all in the upcoming elections,” stated Rowley.

Shortly after Persad-Bissessar disclosed the travel documents last Friday, Rowley held a news conference at which he labelled the Opposition Leader “a traitor”.

The PM condemned what he termed Kamla Persad-Bissessar’s “irresponsible conduct” in “demanding” the US government impose sanctions on the people of T&T.

“That (action) should be of concern to all the people of T&T. Because this is reprehensible conduct and it has gone beyond the diary of a mad failed politician. You know Madea is not in the Parliament. But the threat is there. If I had contact with the producer, I would call him and tell him ‘we have Madea here for you’,” the PM said, referring to the character (portrayed by US mogul Tyler Perry) who, according to Wikipedia, is “vindictive in nature and gets even in a bad, crazy way”.

The PM said if it indeed turned out the aircraft that came to T&T is an aircraft identified by the US (for sanction), “that was unknown to us. Because we do not normally ask the presidential dele­gation what aircraft you coming on, or who owns the aircraft, and so on.

“If they are coming on a govern­ment aircraft, we are familiar with that, and the same thing applies to the United States, and the same with the oil companies.

“What she (Persad-Bissessar) is doing is that she feels she has now found the smoking gun. And even if the aircraft that has been so identified, why is the Opposition Leader stirring that pot?”

AG: I was not involved

Attorney General Faris Al-­Rawi yesterday accused the Opposition of “looking for a scandal” in the Paria Fuel Trading gasoline controversy.

The Attorney General said he had no role in the Paria Fuel Trading contract with a purchaser in Aruba, but he stressed there was “no scandal” in the transaction.

No sanctions for Venezuela ‘mercy’ flight

The Ministry of Foreign and Caricom Affairs was able to secure from the United States government in writing a commitment that the repatriation flight with 100 Venezuelans on a Venezuelan aircraft would not attract US sanctions.

In view of this, Young said he signed off on the approval for the aircraft to enter Trinidad and Tobago to take the Venezuelans back home at 6 p.m. yesterday.

Young stressed there was “no stumbling” in the manner in which the Government handled this issue.

Energy Minister Franklin Khan yesterday boasted that, under his tenure, the restructuring of Petrotrin became a “success story”.

The minister was speaking on a motion of no confidence moved against him by Pointe-a-Pierre MP David Lee at the Parliament sitting yesterday at the Red House in Port of Spain.

A man with firearm, robbery, and narcotics matters pending in court was fatally shot by poli…

St Ann's Hospital for woman who allegedly spat on cops

A Cunupia woman was jailed for two years after she admitted to stealing $15,000 from a woman…