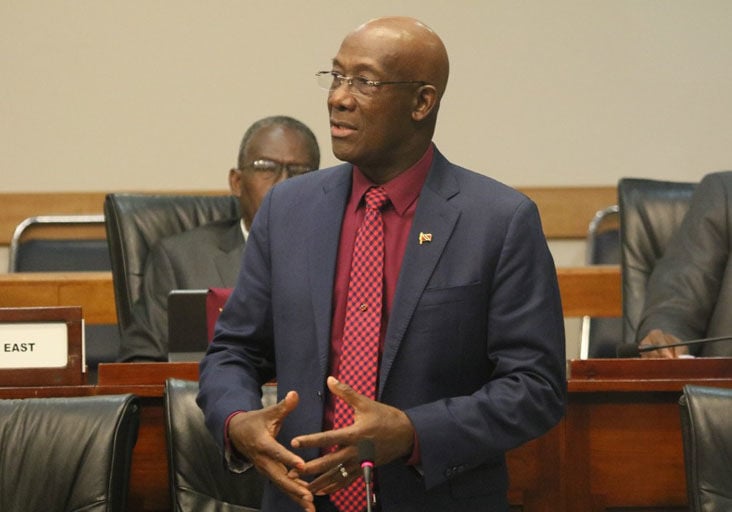 Photo courtesy The Office of the Parliament of Trinidad and Tobago 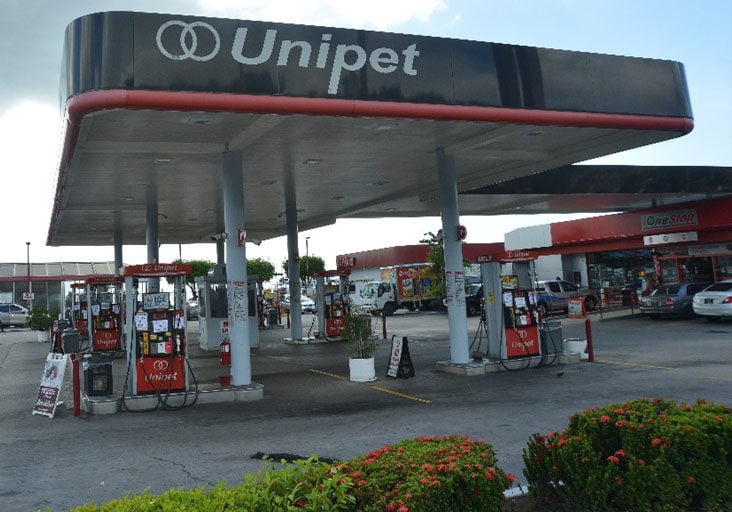 Photo courtesy The Office of the Parliament of Trinidad and Tobago

“I am not saying that they are not free to do that, but I am asking...what is the sense of entitlement we have in this country that somebody is responsible for you, even when you’re being ridiculous and unproductive,” said Rowley, speaking during the Finance Bill in the House of Representatives, at Tower D, International Waterfront Centre, Port of Spain.

Unipet yesterday filed for injunc­tive relief in the High Court over the arrangement for fuel supply between itself and Paria.

Responding to statements made by Caroni Central MP Dr Bhoe Tewarie, the Prime Minister said the issue between Unipet and Paria was “simple and straightforward—the taxpayers were buying fuel from abroad, importing it and giving it to a private business which was selling the product at the pump and receiving cash, but not paying the taxpayer.

“How does this private company end up owing Paria almost $200 million? And instead of coming in this debate and trying to make it look as though there is something the Government is not doing right or there is something the Government is responsible for, the question is simple—which taxpayer in this country is agreeing to buy fuel, give it to a company and not have the company pay for it?

Instead of (Tewarie) saying to the company, ‘Gentlemen, ladies, who own this company, pay our bills and let’s get on with the business of the country’, I am coming here to hear how this problem is about Paria fighting down Unipet,” Rowley said.

The Prime Minister also sugges­ted a pervasive inferiority complex was the order of the day in the previous United National Congress (UNC)-led government’s dealing with foreign energy companies.

He criticised some of the incentives the UNC government provided to the energy giants.

Rowley wondered aloud whe­ther the people who provided incentives had any real understanding of who the real beneficiaries of those incentives were.

He said the people who benefit are largely not the people of Trinidad and Tobago.

Saying the UNC government never accepted its responsibility in the energy sector, the Prime Minister recalled that based on the incentives the former UNC government provided, the head of a major oil company told him in his first fortnight in office that based on how that company intended to proceed, the Trinidad and Tobago Government was not to expect any revenue, “except a few peanuts in 2024”.

“We are so colonially minded that we think if we please the shareholders of those companies, we will get praise.”

Rowley said his Government told companies it had no problem with them getting the best for their shareholders, but the Government had shareholders too—and they are the people of T&T.

“And if we keep saying that all we have to do is give incentives, one incentive was that the company could collect 50 per cent of its investment in the first year and 30 in the second year, so in 24 months, you would collect 80 per cent of what you (the oil company) invested. Who is taking the risk then in this investment?” asked Rowley.

“And then we telling ourselves in order to get them to do us the favour of investing, we have to give them incentives. Come on, people, stop being colonially minded and earn the respect of these people. If you start out with this inferiority complex, you talk to them from that standpoint and they take everything they can take from you, and it’s when you have no more, then they leave and go somewhere else,” he said.

He said if the Opposition keeps coming to the House with the “we versus them” mentality, third parties would always benefit at the expense of “we” and “them”.

“You come here making an argument in this House in this ‘we versus them’ way, that we have taxed (the energy companies). If we don’t collect the taxes from those who have, how are we going to service the country?” he asked.

“All this Government has done in order to service the same poor people they (the Opposition) are talking about is to ask those who have to pay a little more. Our banks, which the Minister of Finance has asked to pay more so that we could put more medicine in the hospital, to pay old age pensions, and having paid the increased taxes, they are not overburdened, they are still reporting increased profits....

“And that is the problem in this country, that we are not all yoked to the same cart pulling in the same direction, and few people are doing very well and the majority are ‘ hell’,” the Prime Minister said.

A man died in a crash in Chaguanas on Saturday morning.

PM: Charles has done his best