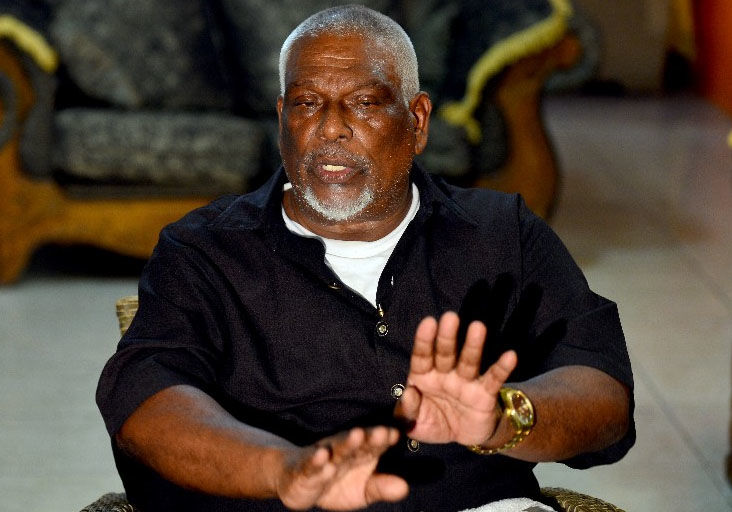 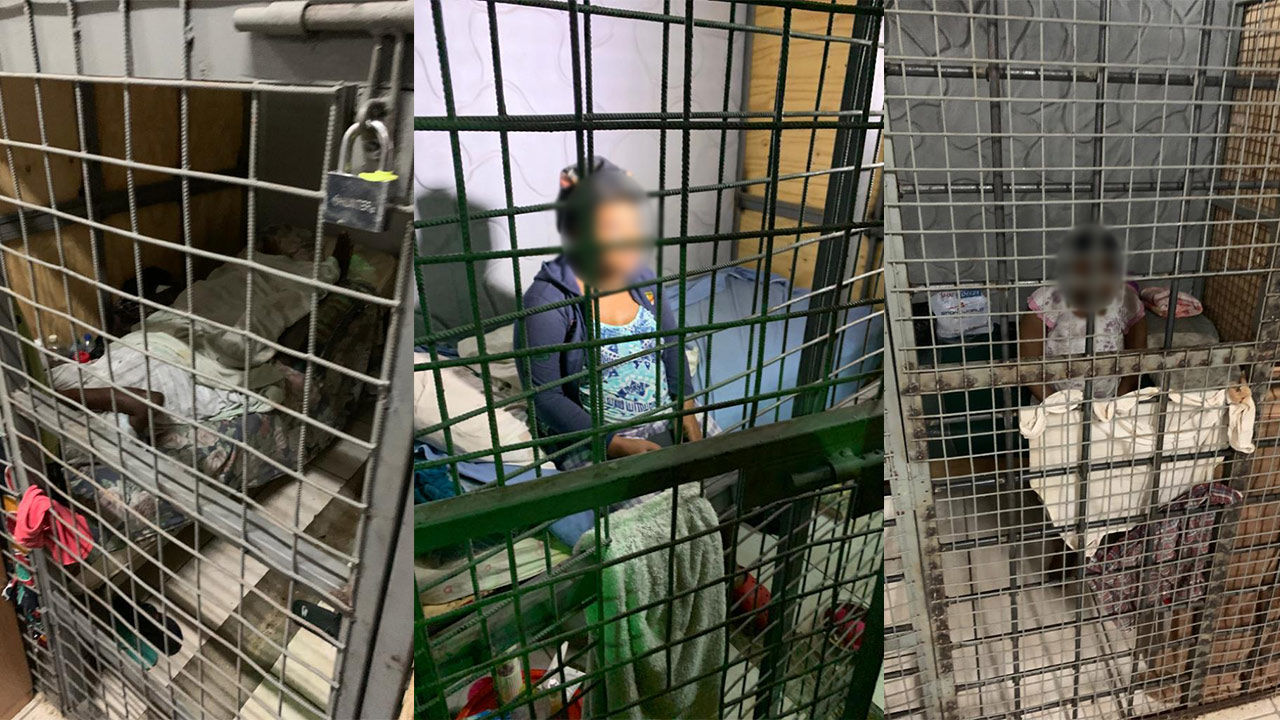 Three persons are seen in cages at the Transformed Rehabilitation Life Ministry Centre, where 69 persons were found at the facility in Arouca last night, during a police exercise.

Police have vacated the premises of the Transformed Life Ministry Rehabilitation Centre in Arouca and released the facility back into the hands of its founder, Pastor Glen Awong.

According to Awong, police had been in and out of the compound conducting investigations since their raid on Wednesday.

He said they finally left yesterday.

“The police just carried out their last investigation here and they released back my place in my hands,” Awong told the Express via telephone around 3.30 p.m. yesterday.

He and his wife live on the compound of the rehabilitation centre for the drug-addicted and mentally-ill.

Commissioner of Police Gary Griffith and officers of the Special Operations Response Team (SORT) raided the centre just after midnight on Wednesday.

Griffith said 69 people who were being “held captive” were “rescued” during the exercise.

A few were found in cages, Griffith noted.

Awong said since the raid, families have been calling him and even visiting the centre to ask when they can return their loved ones for rehabilitation.

“Families are crying out and saying they are in a state in St Ann’s Hospital, that they are sleeping on the ground. Families are bringing back people to ask how I can help them but I have to enquire from my lawyers to see how to go about it,” he said.

“I want to get this done the right way. I cannot move ‘vikey-vie’,” he said.

Awong is an ex-prisoner who spent three years behind bars.

Asked why he was imprisoned, he would only tell the Express that it was “for violence”.

“Mandela spent 25 years behind bars you know. Right now my head hot and at a next day I will reveal that to you. For violence...let us leave it at that for now. I was young and did something stupid,” he went one.

He said he was released from prison in 1994 and has been working with ex-prisoners, street dwellers and the mentally ill since then.

The Express also asked him if he possessed any qualifications or training in drug abuse rehabilitation or mental health care.

“I have three registered psychiatric nurses working with me right now. I have experienced and qualified health care professionals. We have people right round the clock,” he emphasised.

Responding to continued allegations of abuse and torture, Awong said clients who claimed they were abused at his centre were “a few cantankerous people” making false allegations.

“Somebody said I threw acid on them but that is a lie. If they were abused, where are the marks of violence? They will not be able to show you that because that never happen,” Awong said.

“I know two people who pushing that kind of thing (allegation) because their mother had them here and they wanted their mother to take them out,” he added.

The Ministry of Health is reporting an alarming increase in the number of Covid-19 cases.