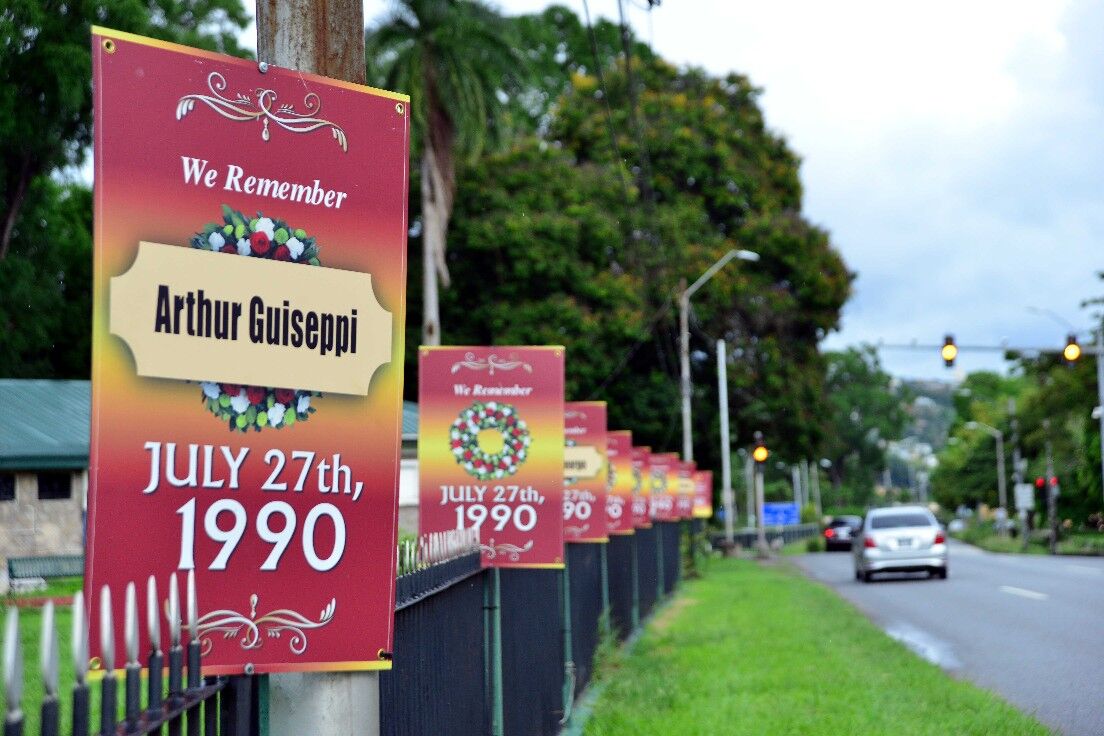 REMEMBERING those who fell: A banner remembering Arthur Guiseppi, one of the victims of the 1990 coup attempt, on display yesterday in front of President’s House, St Ann’s. Today marks the 31st anniversary of the coup attempt. —Photo: ISHMAEL SALANDY 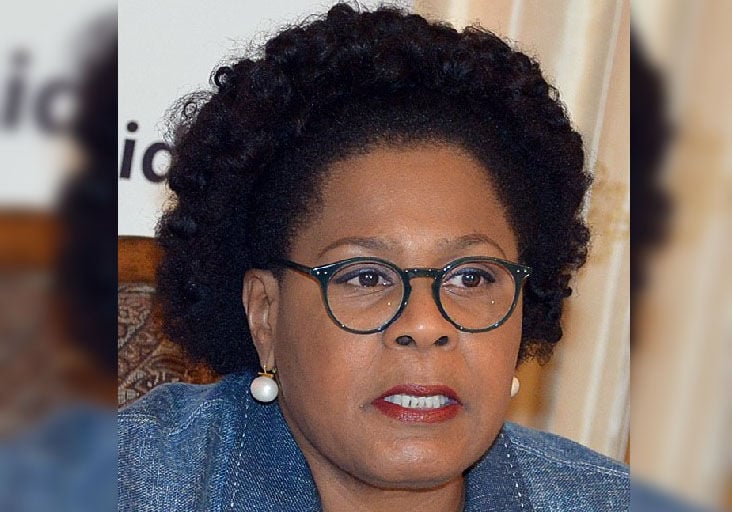 REMEMBERING those who fell: A banner remembering Arthur Guiseppi, one of the victims of the 1990 coup attempt, on display yesterday in front of President’s House, St Ann’s. Today marks the 31st anniversary of the coup attempt. —Photo: ISHMAEL SALANDY

President Paula-Mae Weekes has renewed her call for a permanent memorial to capture historical information on the July 27, 1990 attempted coup.

She stated that there will soon be an entire generation of people with little or no awareness or connection to the events of 1990.

In a message yesterday observing the 31st anniversary of the attempted coup, the President pointed out that in 2018 she called for proper and fitting annual national observance to commemorate the attempted coup which she renews today.

At the Red House in Port of Spain today the Knox Street entrance with the cenotaph will be opened throughout the day.

Wreaths are expected to be laid by persons including the Parliament’s presiding officers.

The President will be laying a wreath.

However, she stated more must be done.

“While wreath-laying pays tribute to the dead, this dark chapter of our history merits a permanent memorial that would capture the horror and chaos of those six days with appropriate images, testimonials and historical information,” she stated.

“Such a museum-quality display would reliably impart to present and future generations, the events, causes and consequences of the attempted coup d’état,” she added.

Weekes stated this commemoration would also help to avoid “the romanticisation of those events and paint them for what they were—an unjustified and heinous grab for power which robbed the innocent of their lives, rights, peace, and livelihoods”.

She added that we must pay heed to the lessons of the past and honour the memories and experiences of those who died and suffered great loss. The President noted that on July 27, 1990 a group of heavily armed insurrectionists stormed their way into the seat of government and attempted to take for themselves the reins of power.

“The confusion of many citizens, who initially assumed the events unfolding live on television were part of a performance, soon turned into disbelief, which gave way to horror as the nation’s capital burned and the grim reality of a six-day siege set in,” she stated.

“In the harrowing aftermath, twenty-four citizens were dead, countless people were physically, psychologically and emotionally scarred and hundreds of millions of dollars in property had gone up in smoke,” she stated.

The President stated that 31 years have elapsed, but the painful memories of the dreadful events remain seared in the minds of those who were front row witnesses and casualties of one of the most brazen and senseless assaults in the history of our nation’s democracy.

She further expressed concern about the younger generation not knowing what transpired.

“It is important to note, however, that while the shocking images of those six days will not be easily forgotten by those alive at the time, there will soon be an entire generation of people with little or no awareness or connection to the events of 1990,” she stated.

“Many young people today have never fully understood nor appreciated the impact of those events on the landscape and trajectory of the nation,” she stated.

President Weekes noted that Spanish-American philosopher George Santayana once said, “Those who cannot remember the past are condemned to repeat it”, adding :“If we are to learn from our history we must preserve and transmit it in a form that is meaningful, memorable, unambiguous and potent.”

“The distressing and brutal scenes of July 27, 1990 undermined the very foundations of our country’s democracy and sense of sovereignty. Lest we forget, difficult conversations must take place and necessary steps be taken to ensure that we never again suffer such an egregious and audacious violation of our national security and freedoms,” stated the President.