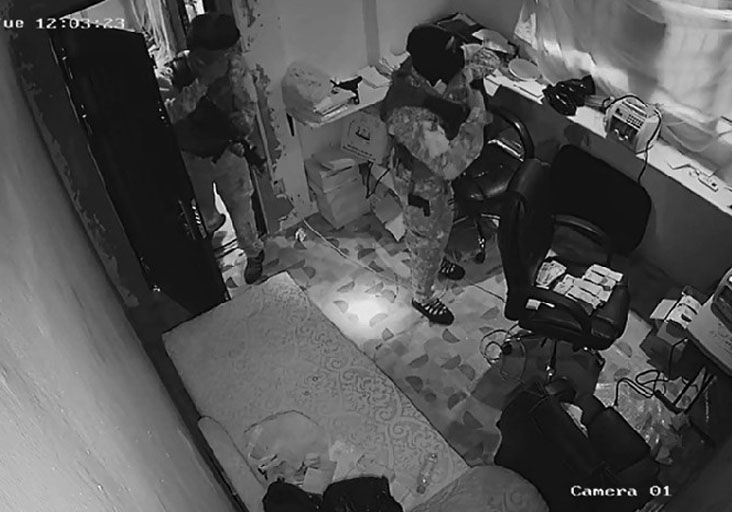 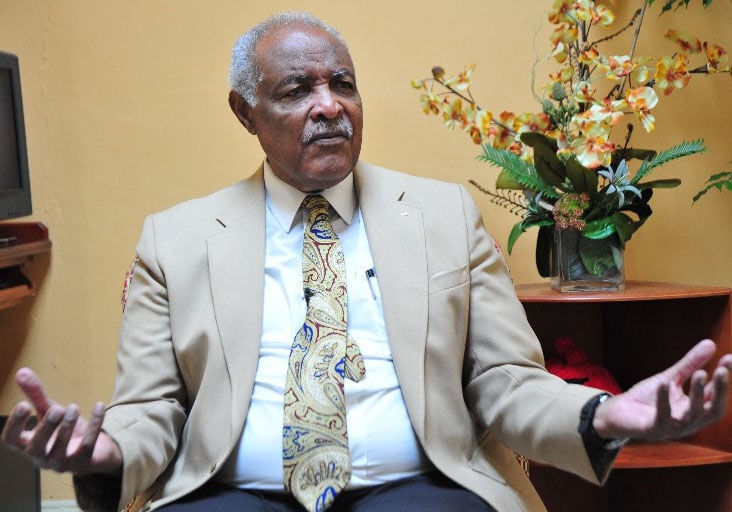 The Sunday Express reported yesterday, that a Special Operations Response Team (SORT) officer secretly stuffed a block of cash into his tactical uniform during the raid at a La Horquetta house last week, during which an estimated $22 million was seized. The observation was made based on a video recording seen by the Express.

The money belongs to an organisation called Drugs Sou Sou TT (DSS), which is founded by Kerron Clarke, an active member of the Trinidad and Tobago Defence Force.

The Sunday Express reported that the officer pocketing the cash, in his tactical gear inside the house, was attached to the Defence Force Special Forces and is now a Special Reserve Police officer.

The other officer who stood guard at the door while the money was being taken is also a former soldier.

The attire worn by the officer secretly stuffing the cash is the same uniform worn by SORT members. Additionally, the Express understands that soldiers are not covered under a search warrant to enter premises or conduct searches and are normally used to contain any perceived threats.

In a response to the article yesterday, Police Commissioner Gary Griffith stated the officer in question is from the T&T Defence Force and not a member of SORT, nor is the officer a Special Reserve Police officer.

According to Brown, however, when soldiers are on patrol/on duty with police officers “they must wear military uniforms. They must wear the official parent TTDF issued kits. This consists of a beret, boots and army camouflage”.

The Express asked Brown whether this official military uniform can be interchanged for what police officers wear, thereby allowing soldiers to blend in and is permission needed when soldiers change their military-issued camo to suit that of TTPS units?

Speaking with the Express last evening on the condition of anonymity, a former police commissioner said, “For someone to be in SORT, if you are coming from a different department of national security and you are not a police officer, but wearing police-issued uniform, you are impersonating a police.

The former commissioner continued, “Is it then, that the person who is in charge of SORT is dressing non-police in uniform? The design of the uniform which involves the masking of the wearer, it means that anyone could wear the uniform and the public thereby is being deceived.”

In this instance, the former top cop said, “The occupants at La Horquetta, were they deceived as to who this person is or who he represents? The current commissioner says the person is a Defence Force soldier and not a police officer, yet that is not TTDF military wear, but police wear. What are you going to do with the head of that department (SORT) because that in itself is enabling a criminal offence.”

Additionally, the former top cop questioned why a soldier is conducting a search of a house.

“A warrant empowers a police officer, there has been a practice of bringing soldiers to assist. This assistance is for them to maintain the perimeters and maintain security. They can enter alongside police officers if there is a risk of searching persons who are violent. The warrant does not speak to non-police engaging in searches.’

Another issue which stood out to the former cop is the issue of procedure.

“You do not conduct an entire search and then go for a warrant. This can be done unless there are special circumstances and by special I mean, whether there is a threat of evidence being destroyed. The question now looms as to what exactly was sworn before the judicial official and who was the officer that swore before the judicial officer, because I am hearing the officer was not even on the scene,” he said.

A former senior military officer, who spoke with the Express yesterday on the condition of anonymity, said during his tenure at the Regiment, there was a process where officers from the Operational Battalion would assist the T&T Police Service when such a request is made.

The first battalion is a regular infantry battalion and is located at Camp Ogden, Long Circular Road, St James, whilst the second battalion, which was located at Mausica, is now based at La Romaine.

“Once you are an infantry soldier, from either battalion we usually rotate you to work with the TTPS. This is done in your military uniform. I would say because of the phenomenon where crime has escalated, when people see army/police patrols there is a greater level of respect, since uniformed soldiers give that level of comfort. Even with joint patrols such as the Inter-Agency Task Force (IATF) soldiers wear their standard uniforms,” he said.

The former senior officer emphasised that soldiers play an active yet supportive role alongside the police and should always be “a police-led military approach”.

On the issue of soldiers and their attire, the official said, “The soldiers must dress as soldiers. Those in SORT, who are from the Defence Force as is being claimed, must wear the military uniform. The uniform is very distinctive.”

He said the TTDF should state its position on the matter to ensure there is no recurrence.

This figure was given to the Sunday Express last Thursday by DSS founder Kerron Clarke—a member of the Trinidad and Tobago Defence Force.