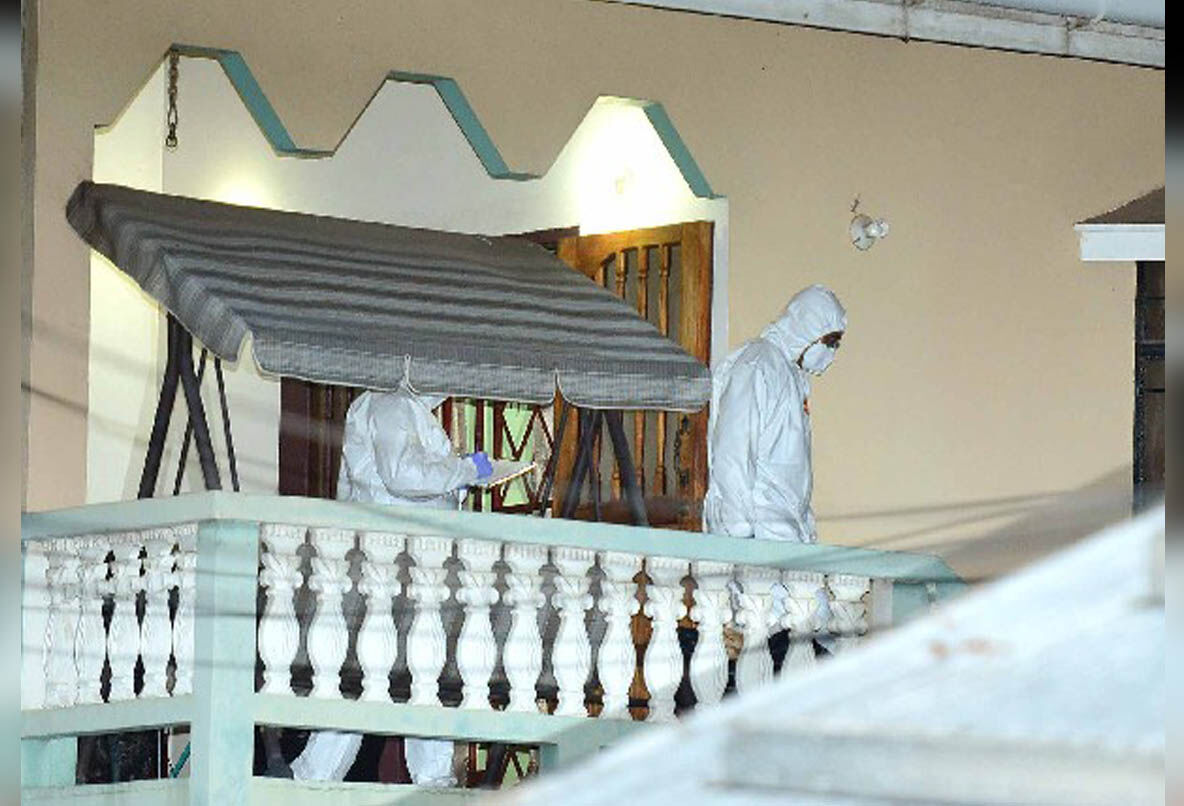 POLICE have arrested a 25-year-old relative in connection with the murders of a grandmother, mother and son at a house in San Juan on Friday afternoon.

Police said that around 4.45 p.m., Kumari Kowlessar-­Timal, 76, her daughter Rad­esh­ka Timal, 48, and Timal’s son, student Zackary Shrikan David, 21, were at the Oudhan Trace, Don Miguel Road, house when they were ambushed by a gunman.

They were shot in the back of their heads as they sat in the living room.

Zackary was born in Canada and came to live in Trinidad after his parents returned to this country around 2008 after living and working in Canada for a number of years, the Sunday Express was told yesterday.

Police said a relative—a Canadian national who flew to Trinidad days ago—claimed he was in one of the bathrooms of the house when he heard gunshots.

He said he found the three victims dead on a couch.

Officers of the Region Two Homicide Bureau la­ter interviewed the man and questioned him for several hours on Friday night.

Officers also recovered a gun, six rounds of live ammu­nition and three spent shell casings in a room of the house.

The relative was arrested and remained at the Barataria Police Station up to last night.

He told the Sunday Express that even though he and Timal had divorced since 2014 and he did not live with his children, he was in shock about Zackary’s murder and was grieving for him.

“He was my child. I raised him from birth,” David said during a brief phone interview.

A neighbour, who did not want to be identified, said Timal and her son lived at the house.

Police said they had been living there for about ten years.

Kowlessar-Timal lived in Dalloway Road, Arima, but was a frequent visitor.

While he did not link the triple murder in Oudhan Trace to it, acting Commissioner of Police McDonald Jacob noted in a statement yesterday that police have observed the recent increase in double and triple murders has been related to domestic and property matters.

He said there is a need for access to conflict resolution and mediation services in communities.

He said it was difficult to prevent these occurrences when they are rooted in family matters.

The killings pushed the murder toll for the year so far to 285.

Health Minister Terrence Deyalsingh is once again urging people who have not been vaccinated against Covid-19 to do so urgently, as they may not be able to receive the care they need should they contract the virus and need to be cared for in the Intensive Care Unit or High Dependency Unit.