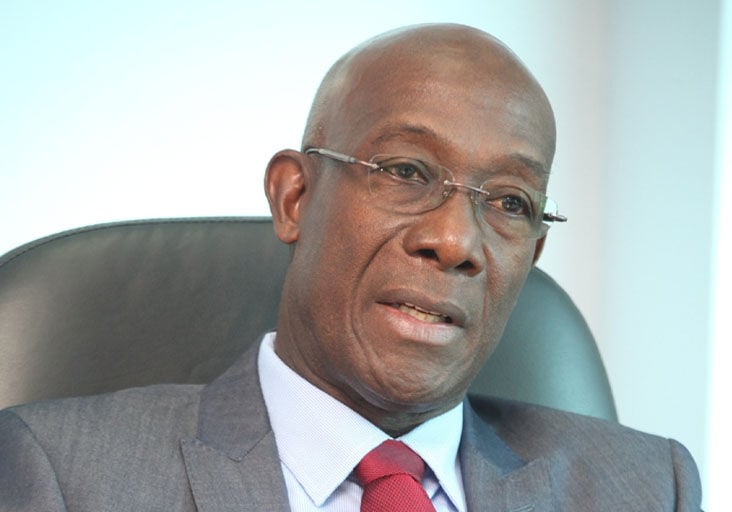 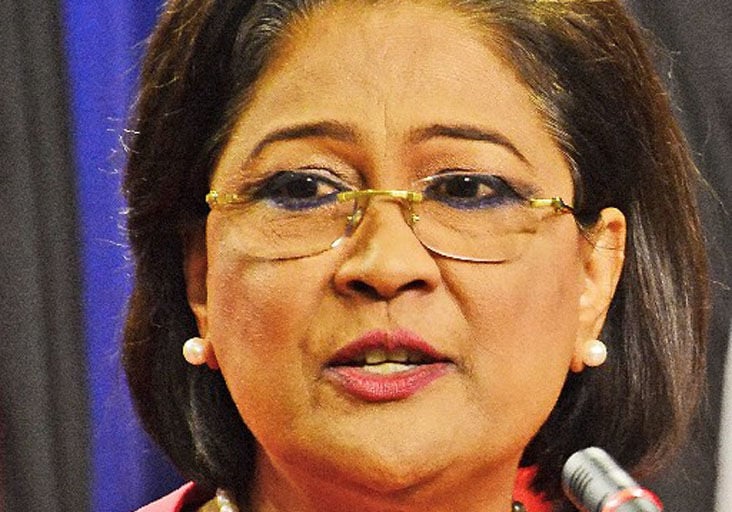 It was unintentional and the Prime Minister is sorry.

Prime Minister Dr Keith Rowley yesterday apologised after receiving a tongue lashing over the insensitivity of a Facebook post expressing grief over the murder of Ashanti Riley and in the same breath lambasting the “imps” who are pushing a narrative that Trinidad authorities turned back a boatload of Venezuelans who drowned.

Both incidents were deemed to be “double doses of grief”.

The post on the Office of the Prime Minister Facebook page yesterday was deleted after a flood of comments criticising its language and insensitivity.

An edited split version was then posted on Rowley’s personal Facebook page.

Riley, 18, was allegedly stabbed and beaten to death by a PH driver who has been charged. Her body was found in a river off Upper La Canoa Road, Santa Cruz, last Friday.

The bodies of some 20 Venezuelans including children were discovered over the weekend in Venezuela’s waters.

The post on the Office of the Prime Minister Facebook page linked the two incidents, describing them as “double doses” of grief.

The post that raised eyebrows and caused contention stated:

“To Ashanti’s family and all other members of families who experience this unspeakable hurt I share you (sic) pain.

Our grief comes in double doses. As we bury our dead we continue to receive updated news of the tragic loss of many lives off the coast in Venezuela.

But do you see agents of the OAS, our Opposition and other Trinidadian and Venezuelan imps and agents are lying in the face of the available information and evidence that we have?

These imps have now been pushing a narrative that these illegals and their criminal traffickers reached Trinidad but our Authorities here turned them back and that is why they drowned in waters off the coast of Venezuela at Guiria. This is their lie!

Our Coast Guard never saw or interacted with these traffickers and their cargo. These liars who operate in Venezuela and in Trinidad and Tobago now know that THEY are now to be held criminally accountable, not only for encouraging Venezuelans to break the law in trying to penetrate our borders but actually, physically arranging their dangerous transport and illegal reception in Trinidad.

The law will take its course in every instance in Trinidad and Tobago but in the meantime we advise all, including local do gooders and the international press and agencies, to cease and desist from encouraging and exposing ordinary Venezuelans to risk their lives in the waters between our two nations.

It might appear to some to be a short journey but these waters are very dangerous and they should not risk their lives nor their children’s future to come to Trinidad and Tobago, illegally, where currently the borders are closed in a pandemic and the only legal way to enter is by way of an application through a visa.

We, the Government, receive no help from any agency to look after these migrants, many of whom are relatively recent arrivals who entered or were trafficked to our country illegally, nonetheless, last year, in empathy, we registered them all and allow them to try and make an honest living within our borders. Most of them pursue this path offered to them.

However, regardless of the political or economic affairs in Venezuela, or any other territory, all persons interacting with Trinidad and Tobago must do so under an understanding that we all do so in strict accordance with the laws of Trinidad and Tobago.”

The post went viral on social media with many not believing that the PM could have posted such, questioned whether the official page of the Prime Minister had been compromised and he would clear the air.

Just after 3 p.m. the Office of the Prime Minister issued an apology from Rowley for causing distress by the post.

“The previous post should have been written as two separate statements and was intended for publication on the Prime Minister’s personal social media account. I regret and apologise to all for the distress caused by the post.”

The initial post was then separated into two posts on Rowley’s page.

The first was the paragraph with respect to Ashanti and the second about the Venezuelans, omitting the words “Our grief comes in double doses. As we bury our dead...”

Founder and executive director of the Women’s Institute for Alternative Development (WINAD) Folade Mutota, commented on Facebook when the original statement appeared, stating that the page was probably compromised because of the language.

She later told the Express the Prime Minister’s apology was welcomed as “vigilance is a requirement for representation”.

Opposition Leader Kamla Persad-Bissessar criticised the Prime Minister’s post, stating that a full investigation is urgently needed into the incident with respect to the boatload of Venezuelans who drowned.

“Earlier today, the Office of the Prime Minister released an unimaginably shameful statement on its Facebook page. Invoking the recent horrific murder of teenager Ashanti Riley, Prime Minister Dr Keith Rowley attempted to blame both Organisation of the American States (OAS) and the Opposition UNC for the tragic death of migrants while attempting to reach our shores,” stated Persad-Bissessar.

The former prime minister stated Rowley knows he is guilty of failing to craft a proper refugee policy, as well as in securing our borders.

“Judging by his nonsensical social media post, which has since been deleted, he is clearly attempting to mount an insanity plea in his defence,” she stated.

Persad-Bissessar noted it has been reported that the Venezuelan nationals were attempting to flee Maduro’s Venezuela as thousands of others have done.

“A full investigation is urgently needed into this tragic incident, as well as into the spate of these illegal crossings, and the links to criminal human trafficking,” she said.

“Instead of a sane immigration and border security policy, Keith Rowley chose instead to simply spew hate, malice, confusion, and has exposed his fragile mental state. He is clearly incapable of displaying leadership on this serious issue,” she added.

Persad-Bissessar said Rowley “most brazenly” continues to attack the OAS, an international organisation that has long been a key ally to T&T.

“It is not a coincidence that the only other person to attack the OAS in this disgraceful manner is Rowley’s ally, Nicolas Maduro. One must now ask if Keith Rowley is doing Maduro’s bidding?” she questioned.

Persad-Bissessar stated the current refugee crisis is not going to disappear anytime soon, adding that it requires decisive, clear, and sane leadership.

“Sadly, for our nation, these qualities appear beyond Rowley,” she stated.

"I stomped his head"