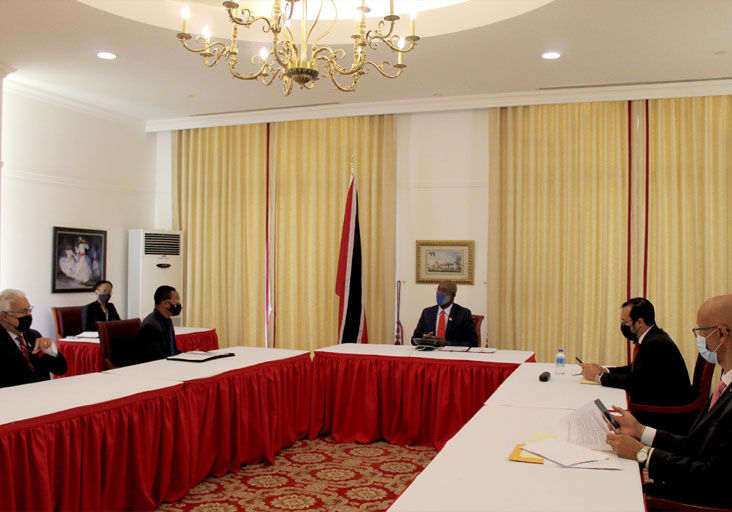 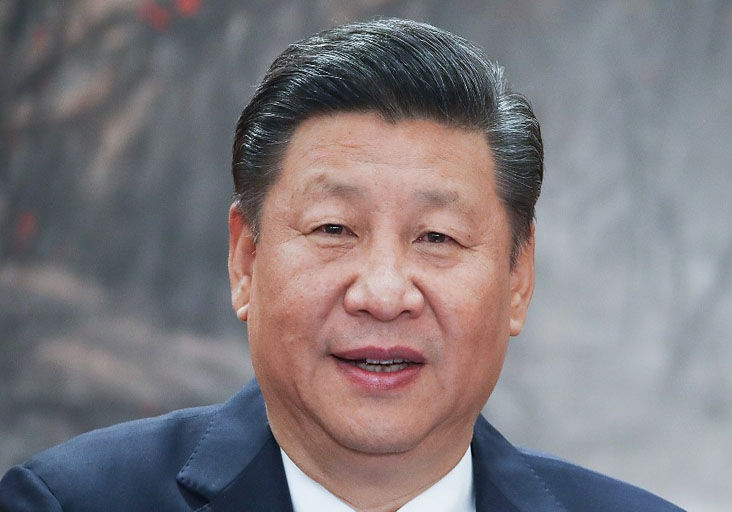 A statement from the Office of the Prime Minister (OPM) on yesterday’s teleconference did not say whether the leaders discussed Covid-19 vaccine acquisition.

But Foreign and Caricom Affairs Minister Dr Amery Browne, who also participated in the teleconfe­rence at the Diplomatic Centre, St Ann’s, later confirmed that China was willing to help T&T access Co­vid-19 vaccines.

In response to enqui­ries by the Express, Browne said in a WhatsApp response that “the meeting with President Xi was very productive” and “also included specific dialogue on Covid-19 and on ongoing efforts by both nations to control the infection and keep our respective populations safe”.

He said: “This morning’s discussions were enhanced by our strong history of good relations with the People’s Republic of China and further enhanced by the friendship enjoyed by the two heads of government over the years.

“Both heads acknow­ledged the long-standing bonds between Trinidad and Tobago and China, and explored opportunities to further advance our bilateral co-operation across a range of sectors.

“President Xi thanked the Government of Trinidad and Tobago for our provision of a consignment of PPE (personal pro­tective equipment) to China early in the year 2020, and took the opportunity to indicate that China would respect­fully assist our national efforts to access approved Co­vid-19 vaccines in the near future.”

The Prime Minister has said that T&T has been in talks with China since October 2020, among other bilateral vaccine pursuits, and this avenue was being followed up.

Browne said during the teleconference, “Prime Minister Rowley reaffirmed the critical importance of equitable access to approved Covid-19 vaccines for the people of our nation and region, and across the globe, and noted the Sinopharm vaccine is currently being considered for approval listing by the World Health Organisation (WHO).”

Browne added that the Ambassador to China has been an excellent and proactive partner in working with us to organise and co-ordinate this important meeting.

In its release, the OPM said Rowley “received a call from President of the People’s Republic of China, His Excellency Xi Jinping, via teleconference at the Diplomatic Centre, St Ann’s, today”.

T&T only accepts vaccines certi­fied by WHO (which also authorises vaccine manufacturing sites) and is currently awaiting a first tranche of 33,000 Oxford-AstraZeneca vaccines through the United Nations’ Covax Facility.

In an online report on Xinhuanet.com from China’s Xinhua News Agency yesterday, Xi referred to T&T as an “important partner” of China and said the two sides have helped each other since the Covia-19 outbreak in Wuhan in December 2019.

T&T was first among Latin American and Caribbean countries to donate aid materials to China while China has also provided anti-­epidemic supplies and technical assistance to us through various channels, Xinhuanet said.

The report said: “China is willing to strengthen vaccine co-­operation with Trinidad and Tobago, and to continue to support the country in fighting the epidemic, Xi said.”

A statement issued by the government of China on the China Global Television Network (CGTN) said according to Xi, “China is willing to consolidate its traditional friendship with Trinidad and Tobago, strengthen ties in sectors inclu­ding energy, telecommunications and infrastructure”.

It said the Chinese president “also vowed to expand co-operation with the Caribbean country in digital economy, new energy and inter-connectivity”.

“According to Xi, Trinidad and Tobago was among the first countries to join the China-proposed ‘Belt and Road Initiative’ in the Caribbean region, adding he hopes the country can continue to play a positive role in China’s relationship with other countries in the Caribbean,” CGTN said.

“Xi also said that China appreciates the support from Trinidad and Tobago on issues concerning its core interests, including those related to Hong Kong, Xinjiang and Taiwan.”

CGTN reported that Rowley noted that China has served as an important leader in the global stage in the fight against Covid-19.

Marc Anthony Singh has been described as a brilliant and talented performer, artist and desi…

Trinidad and Tobago has recorded the third highest number of Covid-19 cases since the start of the pandemic in March last year.

Ninety-six-year-old Utilda Joseph, who was honoured last year by her community for being the oldest person in the area, has been killed in her Siparia home.

She would have celebrated her 97th birthday on May 31

Gasparillo auto-rental and service businessman Anand Maharaj was killed at the home of a man where he went to conduct business on Saturday.

Police found the body of Maharaj, 60, wrapped in plastic and concealed beneath a couch in the rented apartment of the customer.