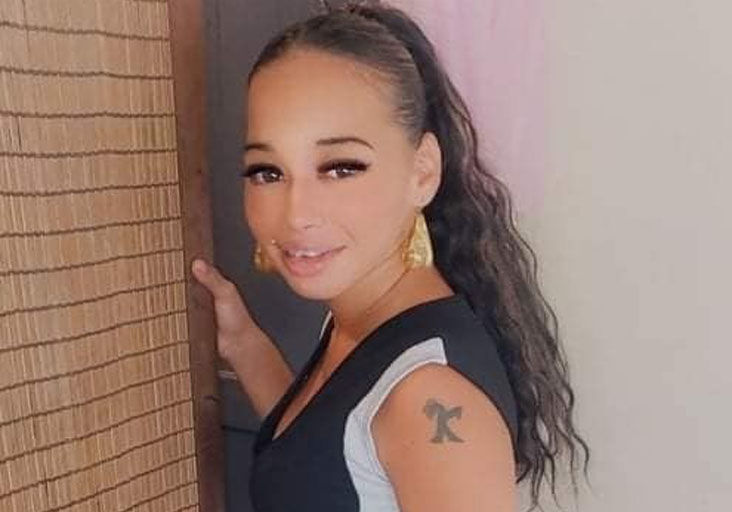 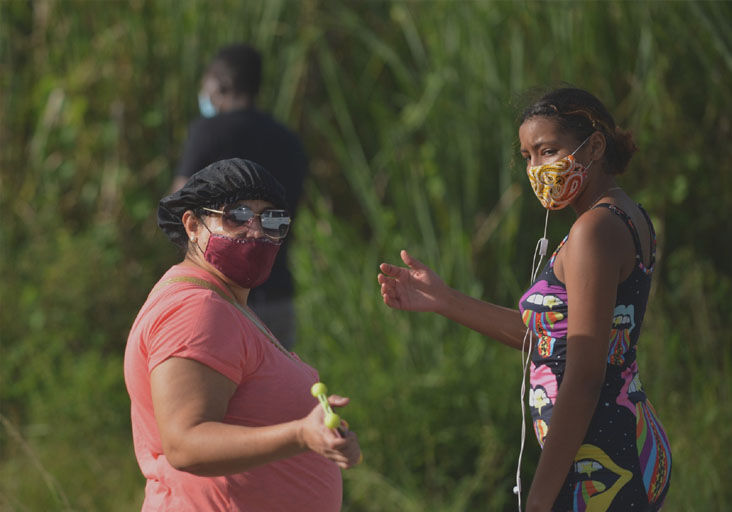 CANEFIELD SEARCH: Relatives of Kadijah Flament, who went missing since June 7, search abandoned canefields together with police officers near Ste Madeleine for clues leading to the whereabouts of the 24-year-old woman on Sunday. —Photo: DEXTER PHILIP

CANEFIELD SEARCH: Relatives of Kadijah Flament, who went missing since June 7, search abandoned canefields together with police officers near Ste Madeleine for clues leading to the whereabouts of the 24-year-old woman on Sunday. —Photo: DEXTER PHILIP

POLICE are calling on the public to look everywhere and anywhere including in barrels, ponds and rivers for mom of one, Kadijah Flament.

Flament, 24, was last week reported missing by her aunt, she having failed to communicate with relatives since June 7.

During TV6’s Beyond the Tape programme yesterday, head of SORT, Supt Roger Alexander, called on the public to “look for a barrel...check the pond in the area, the men with the small crafts, the boats, the pirogues, check the rivers for her. Persons who have land...if you see an unusual pile up of dirt, indicate, call the police. We want to deputise a nation to assist us in finding this young lady”.

He said her disappearance was under “very strange circumstances” but the police were working to bring closure.

He added that if there was anyone who knew or participated in her disappearance they could call the police.

“It’s an opportunity for you to make that change. As you sit right next to your little daughter watching this programme, think about if it was her and what expectations that you’d have of members of the public… If for one reason you may have loved one female in your entire life, think about this young lady and give us the information so we can go and retrieve her,”Alexander said

He encouraged anyone with information to call the nearest police station, 555, 800-TIPS or E-999.

Last Saturday, police arrested a woman described as Flament’s close friend, at an apartment in San Fernando. Her home and surrounding premises were searched for hours by homicide and crime scene detectives and several items were seized.

In a video on social media, the woman is heard shouting while she is taken into custody.

The woman in a past television interview on domestic violence said she was a survivor.

She said she was sexually and physically abused from a young age and lived in children’s homes and foster care and was, at one point in her life, on the streets.

Flament family members yesterday expressed concern that the woman who is Covid-19-positive is being quarantined at home. They said the location could be the possible crime scene.

Police however said the scene has already been processed.

Homicide police said the investigation is at a crucial stage.

At the weekend, police officers searched an abandoned cane field near Ste Madeleine and officers from the Cyber Crime Unit also used drones to scour tracks and between bushes in the area.

Relatives also searched near the Brian Lara Stadium, the Reform area, Tarodale and back roads near Palmyra.

Since her disappearance the family has been told Flament had been chopped and placed in a barrel.

Flament lived with her boyfriend who told police he had an argument with her and she left home last week Monday without indicating where she was headed. He said they his happened several times in the past.