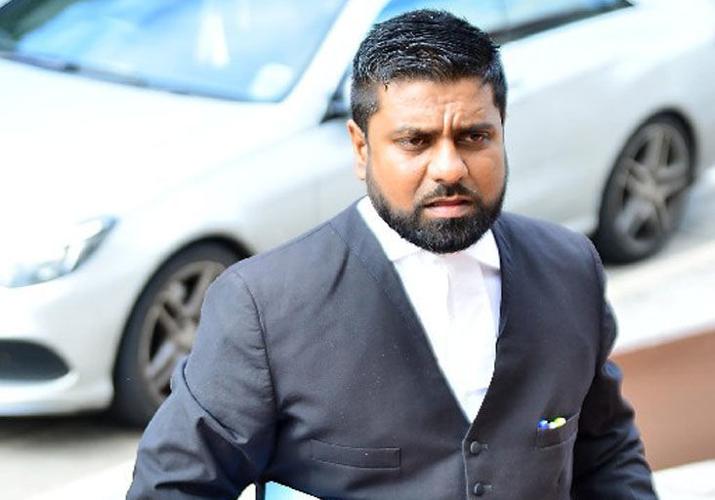 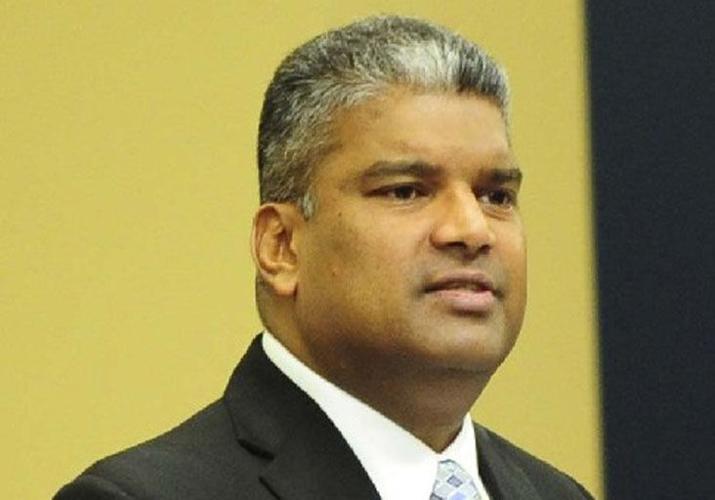 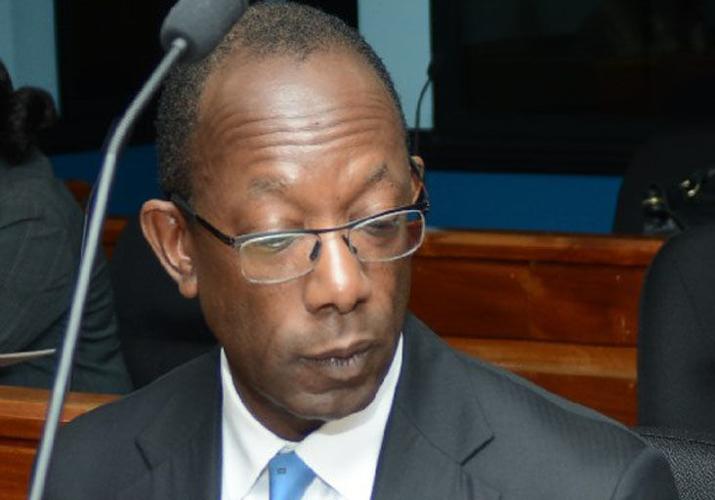 SEVEN attorneys have been named as subjects of an investigation in what could involve dozens of transactions in legal matters where payments were made by the State during Anand Ramlogan’s tenure as attorney general.

This according to official sour­ces, who said the named attorneys were involved in a number of different briefs and intersected with many other attorneys.

The probe extends into the payment of all legal fees, totalling about $1.4 billion, during Ramlogan’s tenure.

Informed sources said under the alleged scheme, certain attorneys were “taxed” liberally, with a propor­tion of substantial sums paid as legal fees being diverted to a particular official.

The scheme was “cross-jurisdictional”, involving the United States, United Kingdom and Trinidad and Tobago.

A specialist unit in the T&T Police Service (TTPS), incorporating local and foreign expertise and including forensic auditors, experts in serious fraud and expert lawyers, has been working in T&T since Sep­tember 2018 to consolidate the evidence required to support prose­cution.

Some of the foreign persons were ex-policemen and investigators from the UK’s serious fraud office, a department which investi­gates and prosecutes serious and complex fraud and corruption.

They were incorporated into the TTPS as SRPs (special reserve police officers).

These offences are also specified offences under the unexplained wealth legis­lation, the Miscellaneous Provision Act, also recently passed, and feed into the Income Amendment Bill and the amendment to the Proceeds of Crime Act.

They are also linked to the Finan­cial Action Task Force (FATF) and Global Forum arrangements.

Concern and questions over the quantum of legal fees paid to attorneys was a consistent preoccupation throughout the tenure of the Kamla Persad-Bissessar administration and Anand Ramlogan’s occupation of the Office of Attorney General.

It was very early in his tenure as opposition leader that Dr Keith Rowley raised what he saw as an “eat ah food” frenzy in the expenditure on and distribution of legal fees and briefs.

Contributing to his first budget debate as opposition leader on September 14, 2010, Rowley noted that then attorney general Ramlogan had appointed an “A-Team...where A stands for Anand” to conduct investigations in UTT (University of Trinidad and Tobago), Petrotrin, eTecK (Evolving Tecknologies and Enterprise Development Company Ltd), Sports Company of Trinidad and Tobago, T&TEC (Trinidad and Tobago Electricity Commission), Scarborough Hospital and the fast ferry, all activities associated with the previous People’s National Move­ment (PNM) government.

“We are advised that the members of this team are all very close friends and associates of the attorney general; five of which are lawyers...one big, happy legal family, brothers-in-law,” Rowley said.

Speaking in the Supplemental Appropriation Bill in the House of Representatives on June 1, 2011, Rowley said: “I just want to flag that we are noting a growth in this pool of funds that is meant to pay lawyers to conduct this thing called ‘forensic legal audit’, and even as we are making these payments, we are not hearing about any deliverables—tens of millions being paid, including to two British QCs....

“I am talking to the allocation of the Ministry of the Attorney General to do something which is described as a legal or a forensic legal audit. I would like to see the terms of reference for these forensic legal audits because in the absence of proper terms of reference, and payments to high-priced, high-class lawyers, we may very well be feeding people from the Treasury and receiving precious little in return.

“Because this government that is so garrulous and quick to ‘buss mark’, they have this serious legal team investigating all these enterprises and they are very silent on the outcome,” Rowley thun­dered.

On November 9, 2011, in response to questions from Rowley in the Parliament on the expenditure on legal fees, the attorneys or legal team hired for what assignment and the nature of the output, Ramlogan said out of $45.5 million paid out in legal fees between June 2010 and August, 2011, $30.7 million was to “clean up what (the debt) they (the Manning government) left behind”.

Ramlogan also revealed the terms of expenditure on the A-Team. A total of $34.6 million had been paid to date, including:

In his second budget speech as opposition leader, Rowley returned to the issue of the exorbitant expenditure on legal fees: “The Minister of Finance has budgeted for the attorney general to spend $94.5 million on external lawyers. The only area of growth, Mr Speaker, in this government was in the Ministry of the Attorney General...over 100 per cent increase.”

By March 2012, then-opposition leader Rowley held a news conference to demand that Ramlogan explain the nature of his relationship with certain attorneys who had been consistently benefiting from State largesse.

“The attorney general is the only public officer who has a significant pot of money where he decides who gets it, how much they get and how often they get, and he doesn’t have to report to anybody what he gets in return for the money he puts out.

“There is no competitive bidding; it is simply the good graces of the attorney general,” Rowley said.

He said this arrangement could not be countenanced by the people of T&T in the way it was being done.

He said before Ramlogan’s tenure, the maximum annual allocation to hire private counsel was $40 million, but in less than two years, the sum had escalated to over $200 million.

In his fourth budget response on September 12, 2014, Rowley detailed the increases in legal fees paid by the AG’s office under Ramlogan.

“In 2010 when this government landed on this country, the alloca­tion for fees for attorneys in the Attorney General’s Office was $36 million, which he broke down as follows:

“This has nothing to do with the instructions to State enterprises to hire more (external) lawyers...some of those same lawyers are hired...under specific instructions to do specific cases. So this $600 million is only a piece of the wedge. If the true story is known, it may be over $1 billion in legal fees,” Rowley said.

In May 2013, two former AGs, Ramesh Lawrence Maharaj and John Jeremie at a joint press conference, had called for a police investigation into the legal fees paid out during Ramlogan’s tenure as well as a forensic audit into the financial documents of the Office of the Attorney General.

The baton on the issue of legal fees was then taken up by Attorney General Faris Al-Rawi.

In his budget contribution in the House of Representatives in Octo­ber 2016, the Attorney General spoke of the “madness” that had taken place under his predecessor.

“Let me give you an example. You will recall the mad rush by the last government to deal with the Central Authority’s request for the extradition of Jack Warner. In the Magistrates’ Court alone, the bill sent in by lawyers, including Gerald Ramdeen, etc, was $15.48 million. That is before we go to the authority to proceed (with the matter), before we get to any steps involving the High Court, Court of Appeal and Privy Council.

“One man?” Imbert asked credu­lously. “They open the Treasury door!” the Prime Minister chimed in.

Eight and a half years after the PM first expressed his unease with the increases in legal fees, Ramlogan and Ramdeen have been charged with conspiracy ari­sing out of the payment of these legal fees.

The funeral for deceased radio personality and entertainer, Anil Bheem, will be held on Thur…

The body of a man with both hands bound behind his back was discovered in Penal on Sunday evening.

There was celebration in the prison system yesterday, when a resident of the Youth Training and Rehabilitation Centre (YTRC) qualified for the National Calypso Monarch competition.

Romel Lezama’s entry into the Monarch arena marked a first in the history of Trinidad and Tobago Carnival, a release from the Prison Service stated yesterday.

AN intense battle between Central Trinidad and eastern Tobago played out in front of a near-sold out audience yesterday, when the National Panorama semifinals returned to the Queen’s Park Savannah, Port of Spain.

IT may forever be a mystery how much hydrocarbon was pumped out of No. 36 Sealine on Berth 6, Pointe-a-Pierre, and how much air was available to the four LMCS divers before they died last February.

In a written response to the Commission of Enquiry on January 27, Paria’s general manager Mushtaq Mohammed said the critical piece of information could not be ascertained because Sealine 36 was connected to a 50-inch pipeline, Sealine 66, before the contents were emptied into Storage Tank III.