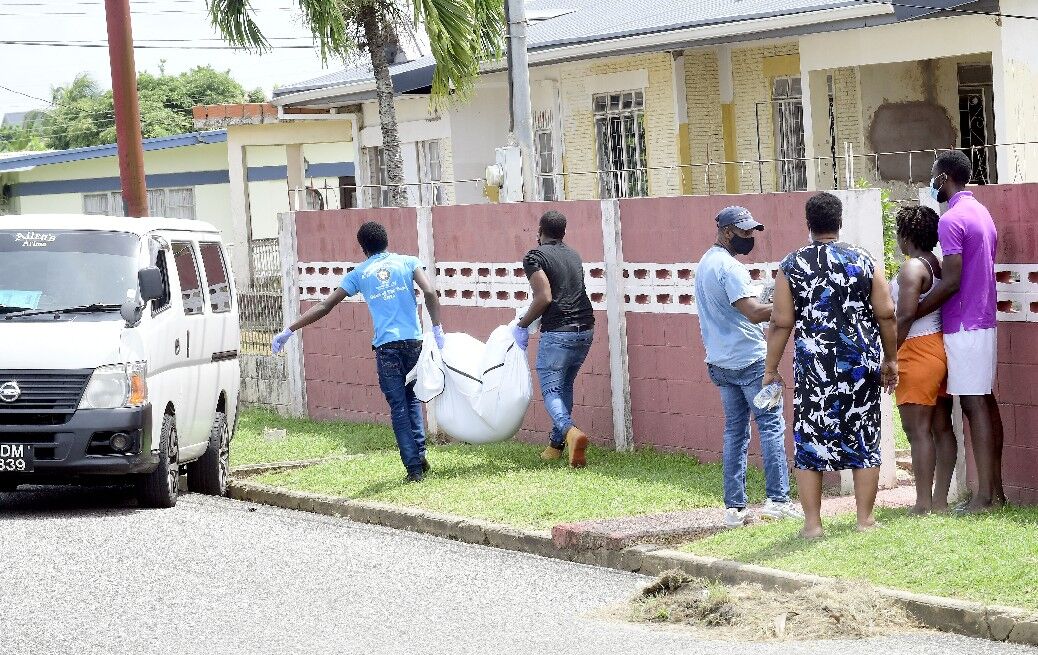 put down: Funeral home workers remove the dog which killed four-year-old Amaziah Lewis on Sunday in Tacarigua. The dog was killed by police officers who responded to the report. —Photo: JERMAINE CRUICKSHANK 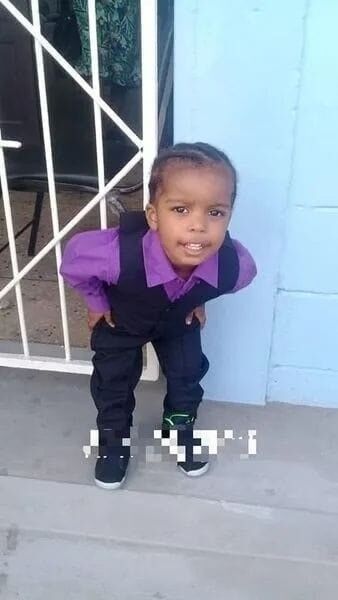 dead: Amaziah Lewis, four, was killed at a home along Savannah Drive, Tacarigua, yesterday morning, when he was mauled by a Rottweiler.

put down: Funeral home workers remove the dog which killed four-year-old Amaziah Lewis on Sunday in Tacarigua. The dog was killed by police officers who responded to the report. —Photo: JERMAINE CRUICKSHANK

dead: Amaziah Lewis, four, was killed at a home along Savannah Drive, Tacarigua, yesterday morning, when he was mauled by a Rottweiler.

Residents of Savannah Drive, Tacarigua, are still in shock following the mauling to death of four-year-old Amaziah Lewis by a Rottweiler on Sunday.

An autopsy on the child’s body is expected to be done later this week.

The Express yesterday spoke to his aunt, Rechaeline Stewart, who said the family had not yet started to plan his funeral.

In a brief telephone interview, she said Amaziah’s grandmother was, “coping” but declined to say more.

The incident took place around 11.30 a.m. at a house where the boy was visiting his grandmother who was the caretaker of the house on behalf of some people currently resident in the United States.

The dog was theirs.

Police said the dog had been secured but broke free and as the boy approached the dog attacked him.

The boy’s grandmother and other residents who heard the child screaming attempted to wrestle him away from the dog who only stopped attacking when someone threw pieces of wood at it.

The boy was quickly moved but died on the scene.

The Express visited the neighbourhood again yesterday and spoke to some neighbours who said they were still in shock over the killing of James.

They noted the area was usually quiet and while the dog was known to bark at strangers, he never displayed any aggressive tendencies.

“It’s a sad situation. It just seems that the dog didn’t know the child and when he bust loose, he went to attack the boy because it was a stranger in his territory, and the child died after.

“The dog didn’t attack the grandmother. He didn’t even attack the men who come in the yard. It’s just a sad situation all around,” said resident Krystal Pierre.

It was noted that as soon as the incident took place, residents were notified via the community’s WhatsApp Group.

Residents came out to help, but the child died as a result of the multiple bites he sustained to the head and neck.

Additionally, some residents yesterday came to the defence of Amaziah’s grandmother, noting the attacks they saw online against her.

“She was the nurse taking care of the original owners of the house. She was always loving and caring and she was always there so it’s like she became a part of the family.

“The people she were taking care of eventually died, and the people who inherited the property kept her on to do maintain the place, and help cook and clean and what have you, because she was family.

“So her having her children over, or her grandchildren over, is nothing new. So I don’t see why people are attacking her online for that. Because she is the caretaker. They assume that should be her only role and it’s her fault, because she brought the children over? That is madness.

“The woman is already grieving and going through it because she feels responsible. Stop making judgments when y’all don’t know the full facts,” a resident said.