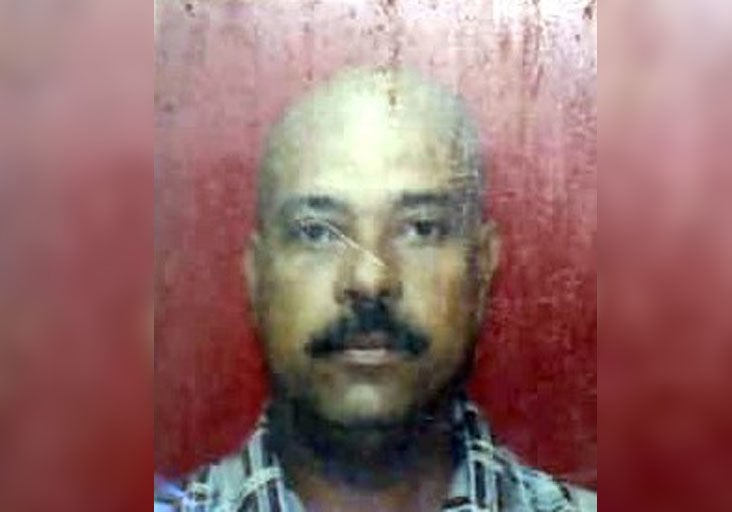 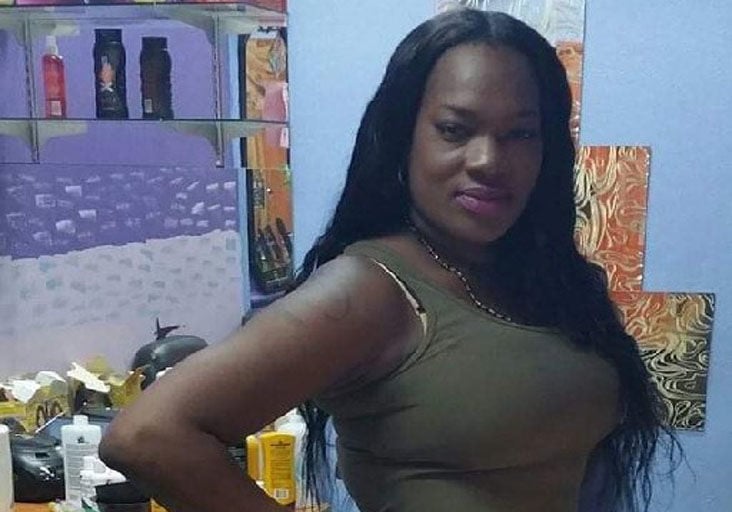 With tears in his eyes, the manager of D’Styles Mall, on Charlotte Street, Port of Spain, recounted how a night of birthday celebrations turned deadly for one of his mall tenants and an off-duty police officer on Saturday.

The manager, who did not want his name published, spent most of yesterday mopping up blood and sanitising the first floor of the mall.

Around 7.45 p.m. on Saturday, Sgt Roger Williams, 50, and hairdresser Natoya Christian were shot along the pavement outside the mall. Christian died on the spot while Williams passed away at Port of Spain General Hospital.

The manager of the mall said he and “Toya” had celebrated their 40th birthday that day.

They were liming outside the mall having drinks when the incident happened.

“Four of us were sitting down in a line downstairs, including the policeman and Toya. My wife came and was in the booth upstairs, and I sent somebody to get Ital food for her,” he told the Express yesterday.

He said when the man returned with the food, he took it and was heading upstairs when shots rang out.

“By the time I reach on the third step I heard bang, bang, bang! I start to bolt upstairs and the policeman was bolting upstairs behind me,” the manager said.

“The policeman made it to the top of the stairs and bawl out ‘what is that one, boy?’ He drift across the floor here and fell in the corner over there,” he said, pointing.

“I took his gun, carry it in the office, locked back the office door and when the sergeant and them came I pulled them square, told them what happened and gave them the gun,” he added.

His eyes welled up with tears and the manager said he still could not come to terms with what happened.

“I just don’t know how to feel. This is just real sad. This crime situation is not going to finish. It’s just not easy. I could have been killed on my birthday too,” he said.

“The last words that came out of Toya’s mouth yesterday was that before she died she wanted to pay off for her HDC (Housing Development Corporation) house so her children wouldn’t go through what she went through,” he recalled.

Vendors along Charlotte Street said they were traumatised by the shooting.

“We had to scamper when the shooting start. I run in the grocery there (Wong Wei Supermarket). I leave my pan of money and handbag behind,” said one vendor.

“A little child was standing right there by the mall. He is about three years old. He just froze up when the shooting start. Afterwards he didn’t want to talk. An old woman who couldn’t walk properly got up and walked without her cane. Everybody was in shock,” she added.

She said she and other vendors would normally sell until 10 p.m., but after the shooting everyone packed up and left by 8 p.m.

Another vendor said he didn’t want to comment because he was afraid someone was watching him.

“I have nothing to say. I am just staying out of people’s way and minding my business,” he said.

An employee of Wong Wei Supermarket said when the shooting started the grocery was a safe haven for many.

“People were just running in here. We were all scared,” he said.

Ian Jones, a vendor on Charlotte Street for 20 years, said he was not afraid to return to work yesterday.

“That was a coincidence. It doesn’t really happen, but it was a shock to most of the people,” he said.

Commissioner of Police, Gary Griffith, has launched an investigation into a report that abou…

There are new protocols for the treatment of cancer patients during the Covid-19 pandemic.

Attempt mounted to save T&T's elders from COVID

Visits to elderly homes by relatives and friends have been stopped.