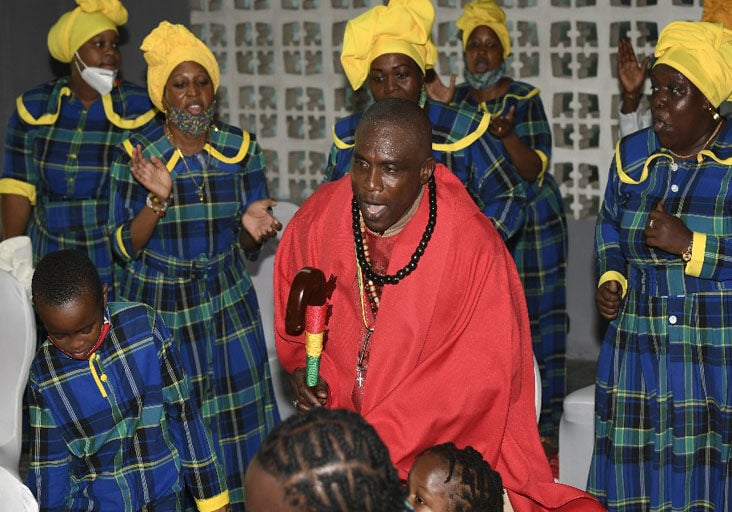 Bishop Preston Williams leads his congregation in song at the Ark of the Covenant Spiritual Baptist Church in Maloney yesterday. 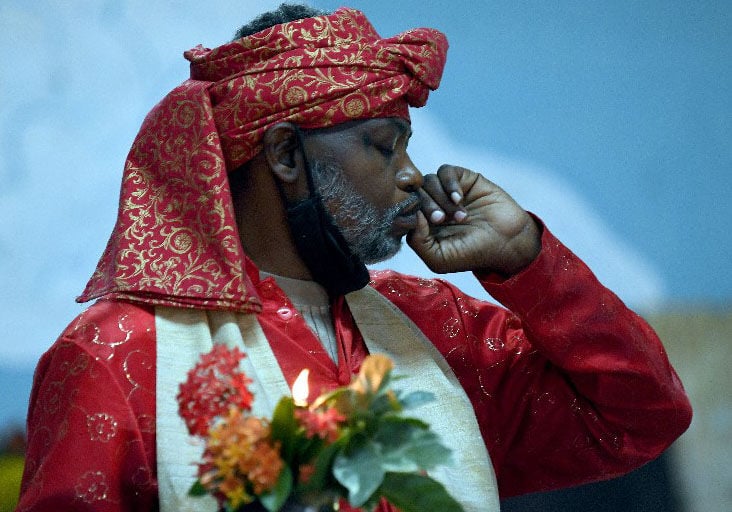 Prayer: Archbishop Derick Irish in a moment of prayer at The Ark of the Covenant Spiritual Baptist Church in Maloney yesterday as they celebrated Spiritual Shouter Baptist Liberation Day yesterday. 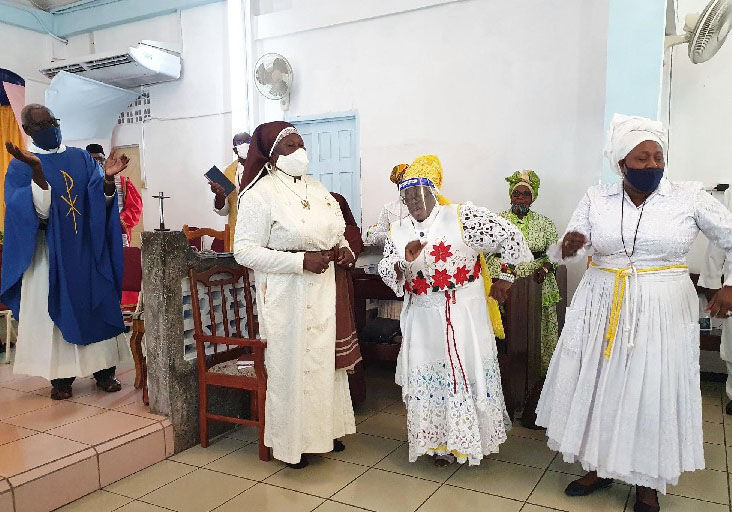 Bishop Preston Williams leads his congregation in song at the Ark of the Covenant Spiritual Baptist Church in Maloney yesterday.

Prayer: Archbishop Derick Irish in a moment of prayer at The Ark of the Covenant Spiritual Baptist Church in Maloney yesterday as they celebrated Spiritual Shouter Baptist Liberation Day yesterday.

SHOUTER Baptist Archbishop Barbara Gray-Burke wants the faith to get its own secondary school.

She said yesterday that after having successfully managed a kindergarten and a primary school it was time the Shouter Baptists get their own secondary school.

Speaking to the Express during Shouter Baptist Liberation Day celebrations at the Maloney Empowerment Hall, Gray-Burke said: “Having received an early child care centre and also a primary school, my students get passes to Bishop Anstey High School East, Holy Cross College in Arima and all over the place.”

She recalled that at the time when Shouter Baptists were banned, other religions were not.

“We had to wait until 1951 when the ban was lifted and we were free to worship and so far we have achieved a lot and we are satisfied and while we saw other Baptists asking for a cathedral, we stepped aside and allowed them to pursue their journey.

“But we don’t want a cathedral, we want schools so I am going to all out ask for a school...a secondary school.

“Education takes you out of poverty and many of the Spiritual Shouters are on the poverty line so this is why we want the school,” she said.

Gray-Burke added: “We want to do like the Catholic Church and get our ten per cent of who we choose in our secondary school and that is what I am aiming at, God spare life.”

Yesterday marked the 25th year of the celebration of Shouter Baptist Liberation Day when it became a national holiday in Trinidad and Tobago in 1996.

The celebration was toned down this year as Gray-Burke explained they did not want to violate any of the Covid-19 protocols as they relate to gatherings.

The hall was large but celebrants were spaced out six feet apart and everyone entering had to take a temperature scan and use hand sanitiser.

She said while other churches within their sect wanted to have one celebration in one space she said she discouraged this because “you cannot say you are serving God and be leading people down the wrong road so we told our members, don’t come with the full amount”.

5 at dad and son’s funeral