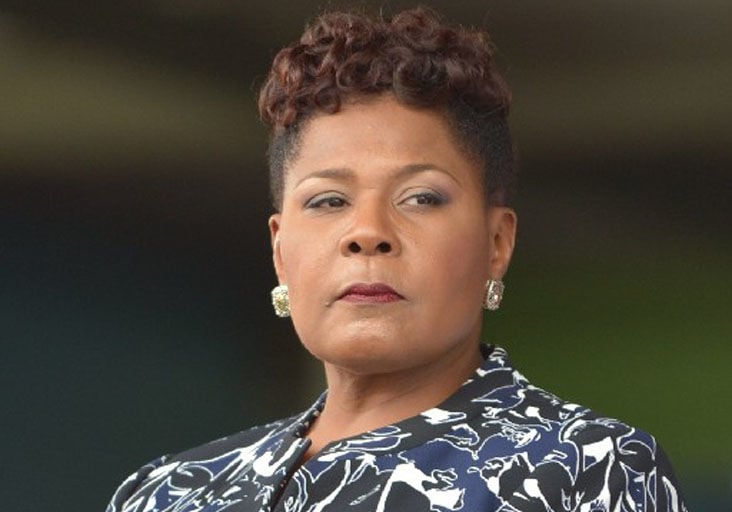 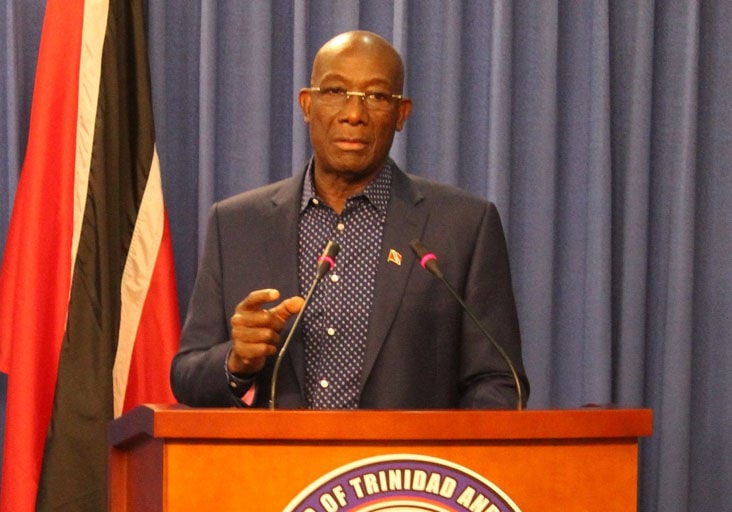 —Photo courtesy The Office of the Prime Minister.

—Photo courtesy The Office of the Prime Minister.

PRESIDENT Paula-Mae Weekes early yesterday proclaimed a state of emergency on the advice of Prime Minister Dr Keith Rowley - but citizens were not privy to the relevant regulations that guide their movement until further notice until late yesterday evening.

And according to the “Emergency Powers” enacted by President Weekes under Section 7 of the Constitution, anyone violating the inherent regulations will face a hefty $250,000 fine.

The regulations guiding the public as to the range of powers of the Trinidad and Tobago Police Service (TTPS) were not issued by the Office of the Attorney General until late evening, more than 24 hours after the announcement by Rowley.

The regulations were accompanied by the standing public health regulations implemented to curb the spread of Covid-19, which include that the population remains prohibited from a range of recreational activities and public places, and is to observe a curfew between 9 p.m. and 5 a.m., as of yesterday.

The regulations also state that, “A person who contravenes these Regulations commits an offence and is liable on summary conviction to a fine of two hundred and fifty thousand dollars and to imprisonment for six months.”

The “Emergency Powers Regulations, 2021” endow the TTPS and the Trinidad and Tobago Defence Force with similar powers, to enforce the curfew and to uphold the public health ordinances in places that none but essential business activities are to take place at this time.

The regulations also state, among a host of prohibited activities that, “3. (1) During the period of public emergency between the hours of 5.01 a.m. to 8.59 p.m. every day, a person shall not – (a) gather in any public place unless the gathering–

(i) for the purpose of the services are specified in

It remains that no person is to be found at or in any beach or similar scenery, operate a party boat, boat tour or club, hold public parties or public fetes, have a public or private pre-school and similar establishments, operate a water park or amusement park; operate a bar or restaurant; sell, or offer for sale food or drink as a street vendor; consume alcohol in a public place; participate in any group contact or team sports “except where authorised by the minister”.

The regulations also state that persons shall not “participate in outdoor sports or exercise in public places; or operate any sport clubs including cycling, running, hiking, swimming, golf, tennis, football, rugby and hockey clubs”, again except where authorised by the Minister.

The regulations add that, “(1) Subject to the exemptions set out in sub-regulation (5), no person shall be outside of their private dwelling, including in a motor vehicle”, that is, during hours of curfew.

The SoE regulations allow the TTDF to act with the TTPS, or if called upon and stated: “11. (1) Notwithstanding any law to the contrary, the Chief of the Defence Staff, under the Defence Act, shall hold his forces in readiness to assist, and if called upon by the Commissioner of Police, to cooperate with and assist, the Commissioner of Police in the performance of his duties under these Regulations.”

Also, “(2) A member of the Defence Force referred to in sub-regulation (1), shall, for the purposes of these Regulations, have the powers of a police officer.”

The Prime Minister last Saturday declared that T&T was to enter an SoE as of midnight Saturday, as a further measure to bring down the country’s rising Covid-19 infection rate and deaths.

The SoE includes a curfew between 9 p.m. and 5 p.m., unless a person applies for and is granted an exemption.

Speaking at a press conference at the Diplomatic Centre, St Ann’s, Rowley noted that the SoE could legally span up to 90 days but could be curtailed before, depending on whether Covid-19 statistics showed the required decline.

That would be up to citizens’ behaviour and adherence to the public health regulations, he said.

Will the two accused walk free?

Are the two men accused of murdering six-year-old Sean Luke in 2006 going to walk free or be found guilty?